Accessibility links
Jesse Jackson Says He Has Parkinson's Disease : The Two-Way Jackson, 76, was diagnosed with the motor system disorder in 2015, according to the facility where he is undergoing treatment. "For me, a Parkinson's diagnosis is not a stop sign," he says. 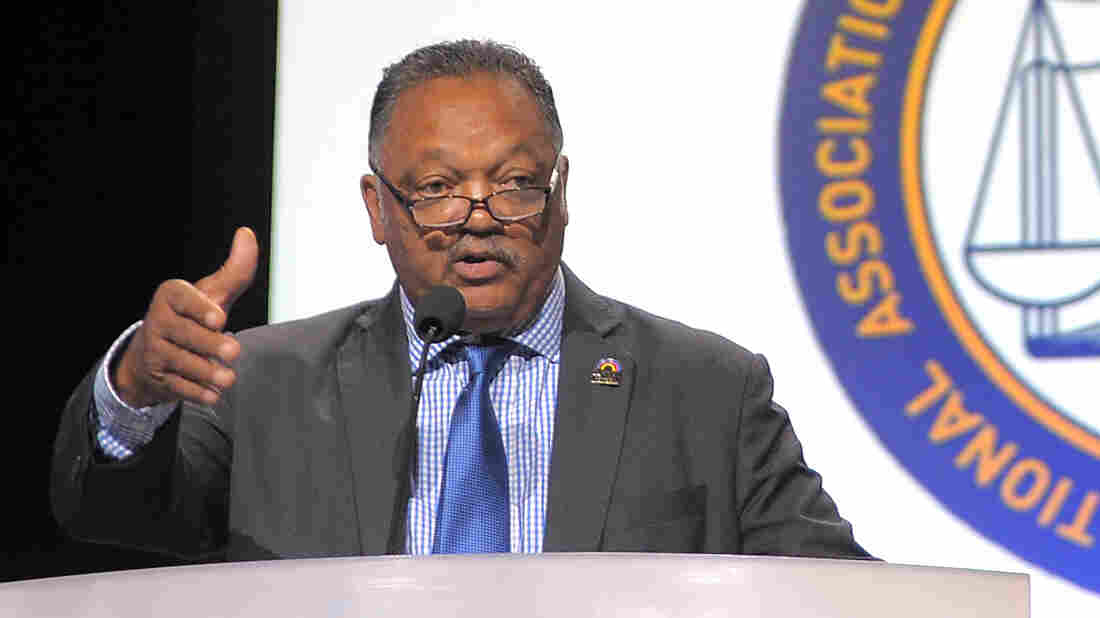 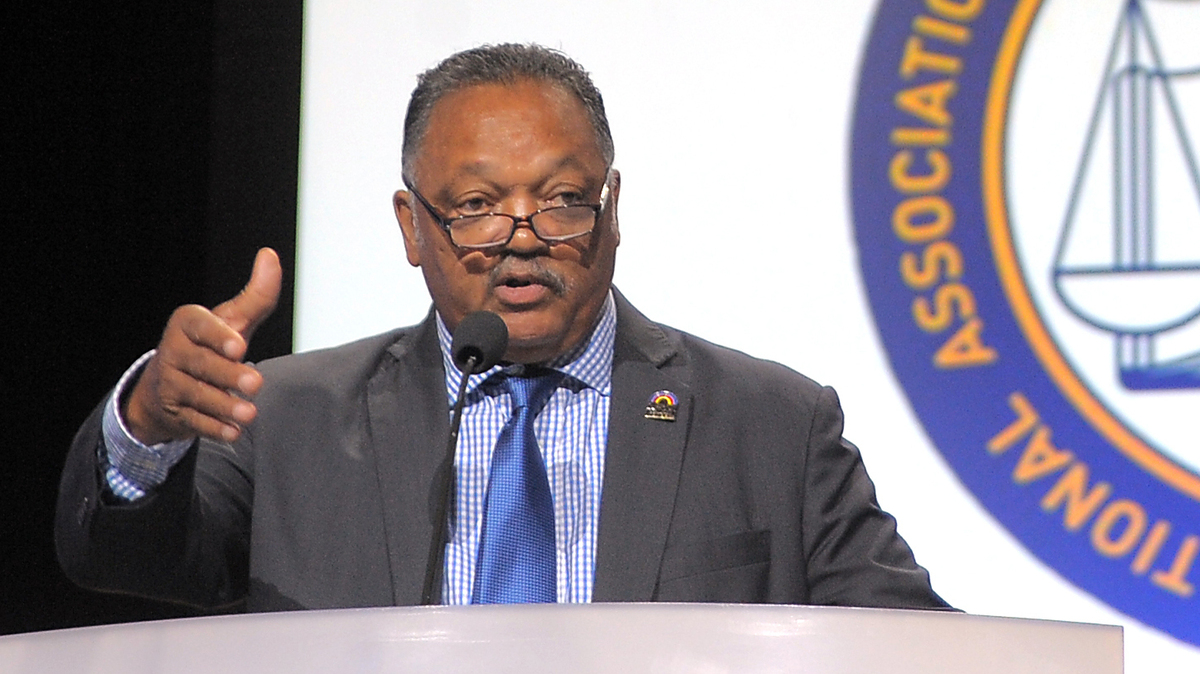 The Rev. Jesse Jackson has been receiving outpatient treatment for Parkinson's disease from Northwestern Medicine.

The Rev. Jesse Jackson announced Friday that he has Parkinson's disease, saying that he first noticed symptoms "about three years ago."

Jackson, 76, released the news in what he called an update "on my health and the future."

The longtime political and social activist, who was part of Martin Luther King Jr.'s inner circle in the 1960s and who later founded the Rainbow PUSH Coalition, said that after noticing signs of the motor system disorder, he attempted to work through it.

"But as my daily physical struggles intensified, I could no longer ignore the symptoms, so I acquiesced," Jackson wrote in a statement released Friday.

"After a battery of tests, my physicians identified the issue as Parkinson's disease, a disease that bested my father," he said. "Recognition of the effects of this disease on me has been painful, and I have been slow to grasp the gravity of it."

Jackson has been receiving outpatient treatment for the disease from Northwestern Medicine in Chicago, which released its own short statement about his condition. The facility says Jackson was first diagnosed in 2015.

Jackson added, "For me, a Parkinson's diagnosis is not a stop sign," saying that he will do what he can to slow the disease, through physical therapy and changes to his lifestyle.

Parkinson's is most well-known for causing tremors and other muscle-control problems. It also causes rigidity and stiffness in parts of the body, and as it progresses, the disease leaves its victims with impaired coordination and balance, according to the National Institutes of Health. The disease has been linked to the loss of dopamine-producing cells in parts of the brain that control movement. There is no cure.

Here is the full text of Jackson's announcement, which he addressed to friends and supporters:

"On July 17, 1960, I was arrested, along with seven other college students, for advocating for the right to use a public library in my hometown of Greenville, S.C. I remember it like it was yesterday, for that day changed my life forever. From that experience, I lost my fear of being jailed for a righteous cause. I went on to meet Dr. King and dedicate my heart and soul to the fight for justice, equality, and equal access. In the tradition of the Apostle Paul, I have offered myself — my mind, body and soul — as a living sacrifice.

"Throughout my career of service, God has kept me in the embrace of his loving arms, and protected me and my family from dangers, seen and unseen. Now in the latter years of my life, at 76 years old, I find it increasingly difficult to perform routine tasks, and getting around is more of a challenge. My family and I began to notice changes about three years ago. For a while, I resisted interrupting my work to visit a doctor. But as my daily physical struggles intensified I could no longer ignore the symptoms, so I acquiesced.

"After a battery of tests, my physicians identified the issue as Parkinson's disease, a disease that bested my father.

"Recognition of the effects of this disease on me has been painful, and I have been slow to grasp the gravity of it. For me, a Parkinson's diagnosis is not a stop sign but rather a signal that I must make lifestyle changes and dedicate myself to physical therapy in hopes of slowing the disease's progression.

"I am far from alone. God continues to give me new opportunities to serve. This diagnosis is personal but it is more than that. It is an opportunity for me to use my voice to help in finding a cure for a disease that afflicts 7 to 10 million worldwide. Some 60,000 Americans are diagnosed with Parkinson's every year.

"I will continue to try to instill hope in the hopeless, expand our democracy to the disenfranchised and free innocent prisoners around the world. I'm also spending some time working on my memoir so I can share with others the lessons I have learned in my life of public service. I steadfastly affirm that I would rather wear out than rust out.

"I want to thank my family and friends who continue to care for me and support me. I will need your prayers and graceful understanding as I undertake this new challenge. As we continue in the struggle for human rights, remember that God will see us through, even in our midnight moments.