Accessibility links
Backflipping Robot Is A Giant Leap For Robot Kind : The Two-Way As it jumps, twists and lands a full backflip, Boston Dynamics' Atlas robot takes another step toward full functionality in a world designed for humans.

Backflipping Robot Is A Giant Leap For Robot Kind

Backflipping Robot Is A Giant Leap For Robot Kind 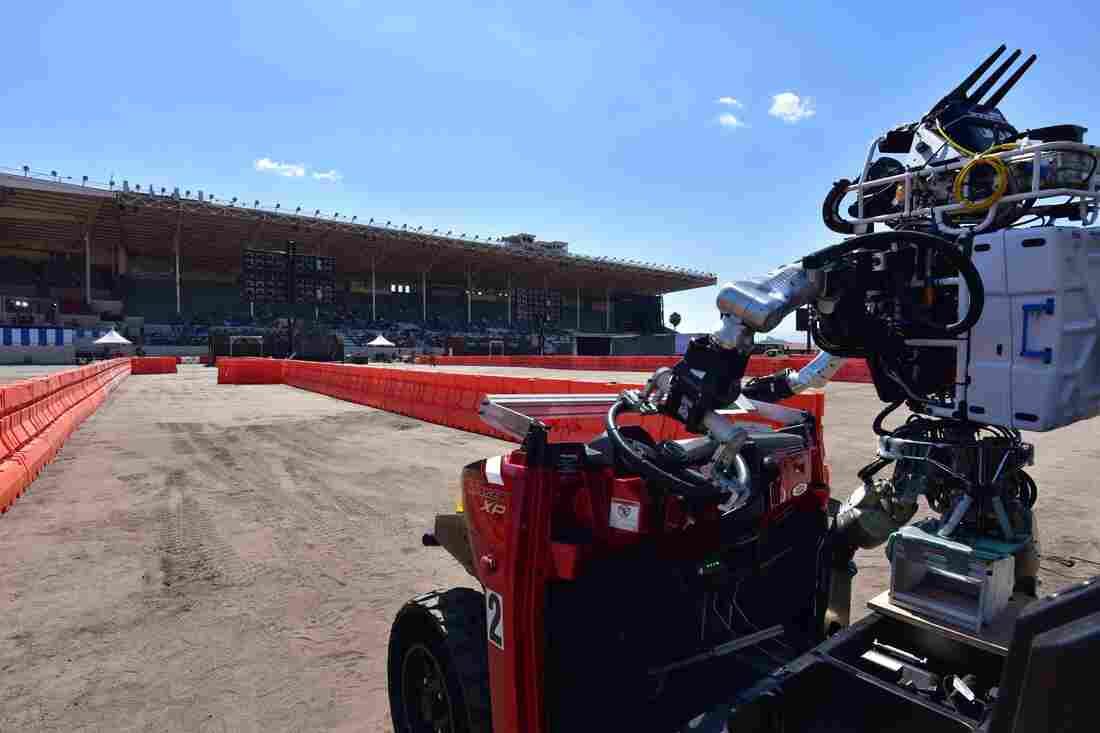 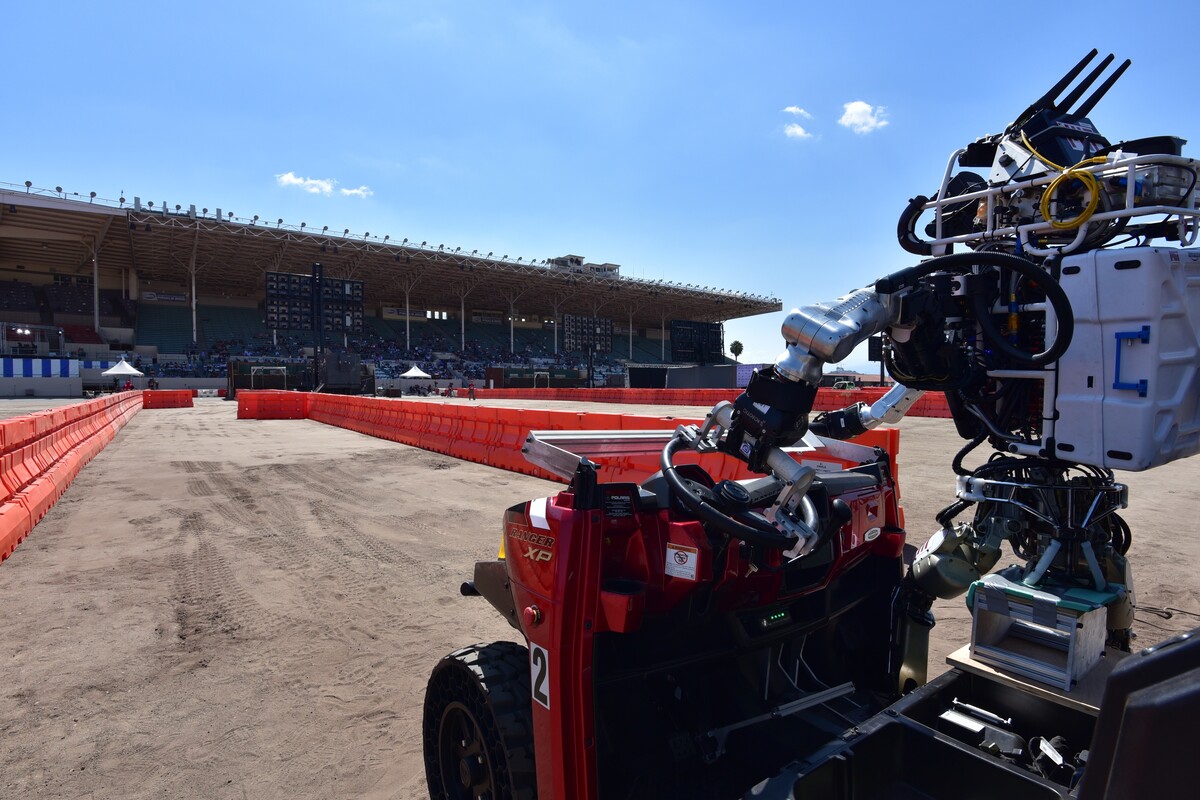 Thursday, Nov. 16, 2017, was a day filled with news. So much news, in fact, that you might have missed the announcement of a backflipping robot. In less than a minute, the video posted by Boston Dynamics inspired screaming emotions from all corners of the Internet. It's a revelation in robotics, some said. It's the beginning of humanity's end, chirped others.

The Atlas robot is described by its creators as "the world's most dynamic humanoid." And its acrobatic success comes after multiple iterations and what may have been hundreds of thousands of human hours. Atlas is one of nine robots in the Boston Dynamics family. Siblings include Spot, the four-legged model that's deerlike in its movements, and Handle, which has both arms and wheels and seemingly takes inspiration from the Wheelers in the 1985 film Return to Oz.

The robotics community met an older version of Atlas during a robot competition sponsored by DARPA, the Defense Advanced Research Projects Agency, which is an arm of the U.S. government. DARPA announced the competition in April 2012; its purpose was to inspire teams to use a humanoid robot to solve problems created in natural or man-made disasters. DARPA commissioned Boston Dynamics to create Atlas for the competition. Though DARPA sponsored it, Boston Dynamics owns the intellectual property rights. Competing robots had to complete seven tasks.

New Atlas, the backflipping version, is shorter and lighter than the version used in the DARPA competition. Instead of 6 feet, 2 inches, the new Atlas is just about 5 feet tall, and instead of 330 pounds, it's about 165. The video shows a model that is untethered, meaning that it runs on battery power rather than being plugged into a stationary power source.

Boston Dynamics did not respond to multiple requests for comment. 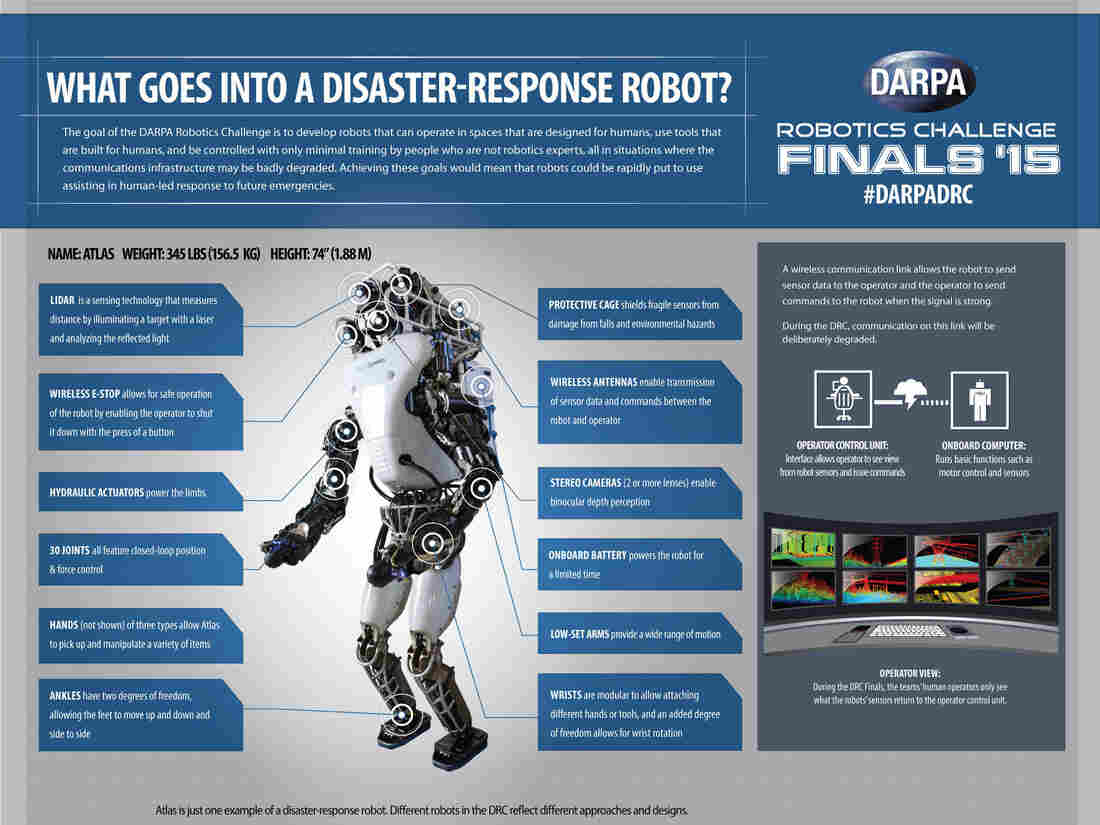 What are the must-haves for a successful humanoid robot? DARPA hide caption 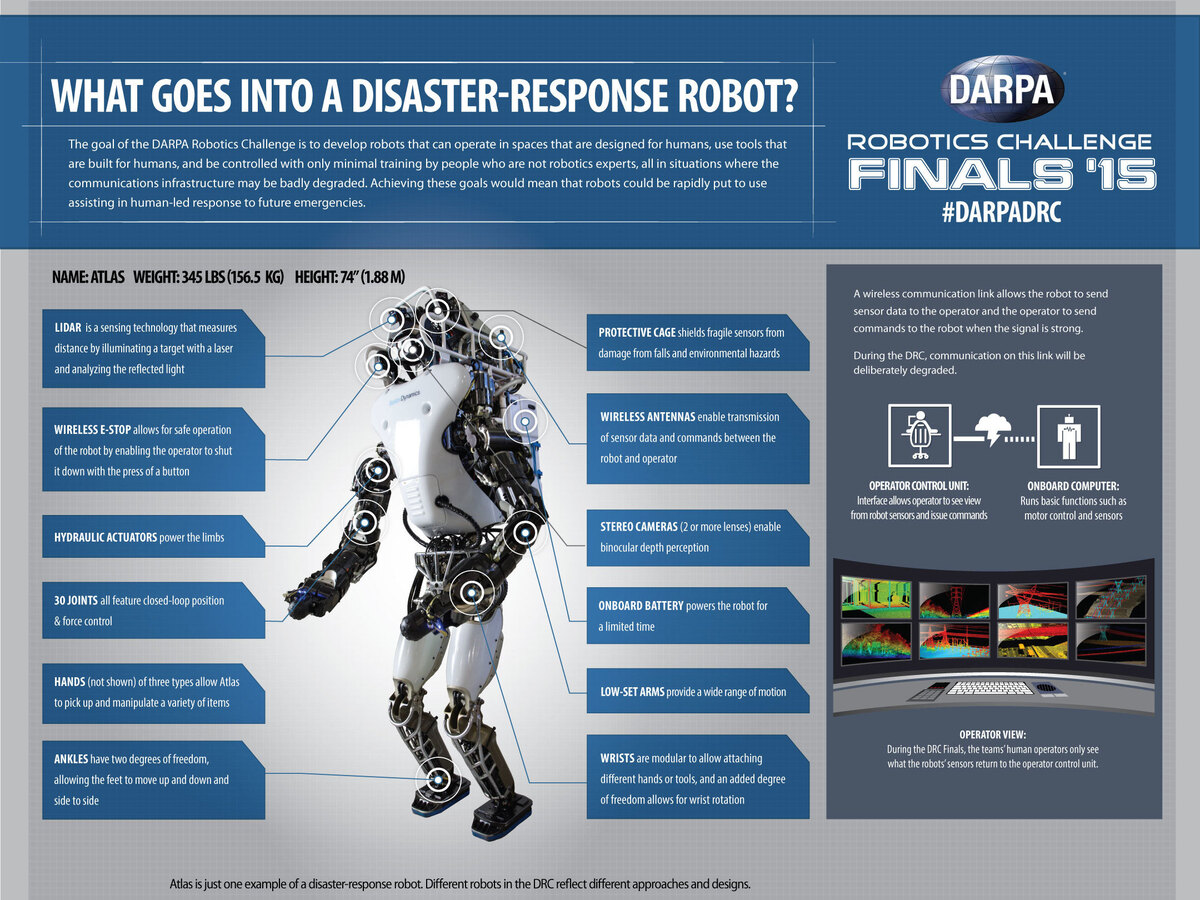 What are the must-haves for a successful humanoid robot?

Douglas Stephen, a research associate at the Institute for Human and Machine Cognition in Florida, was on the IHMC's team for the competition. He said this new version of Atlas is incredibly impressive because of the way it's made. Atlas uses hydraulics, which is part of what makes it so powerful, Stephen said. Usually that means a lot of hoses to run hydraulic fluid. This version uses technology that integrates tubing in the fabric itself, making it lighter and more compact.

But let's get to the real question. In what natural disaster scenario would a robot need to do a backflip?

"A robot doesn't need to do a backflip," Stephen said. "But a robot doing a backflip is really impressive. It's evidence that we're getting much closer to being able to design robots that are equivalent to or better than an average person."

To get a robot closer to being "better than an average person," Stephen says a little tough love is required. There are numerous videos in which Boston Dynamics staff members are shown pushing, kicking and hitting the robots with hockey sticks. It's not cruel, Stephen said. There's no artificial intelligence. It's just a computer with legs. And often the easiest way to test the computer's balance, flexibility and recovery skills is to simply give it a good hard shove.

The point of building a robot to act like a human is not to scare humanity, Stephen said. The point is to make a machine that functions in a human world.

"If you can make a robot that's the same dimensions and shape, and same dexterity as a person," he said, "you open up the possibilities of what you can do with that robot."

As for whether the machines are coming for us: