Accessibility links
FAA Approves Drone As 'Cell Phone Tower In The Sky' For Puerto Rico : The Two-Way The aircraft is called the Flying COW, for Cell on Wings. Developed by AT&T, it can provide voice, data and Internet service for 40 square miles and up to 8,000 people at a time. 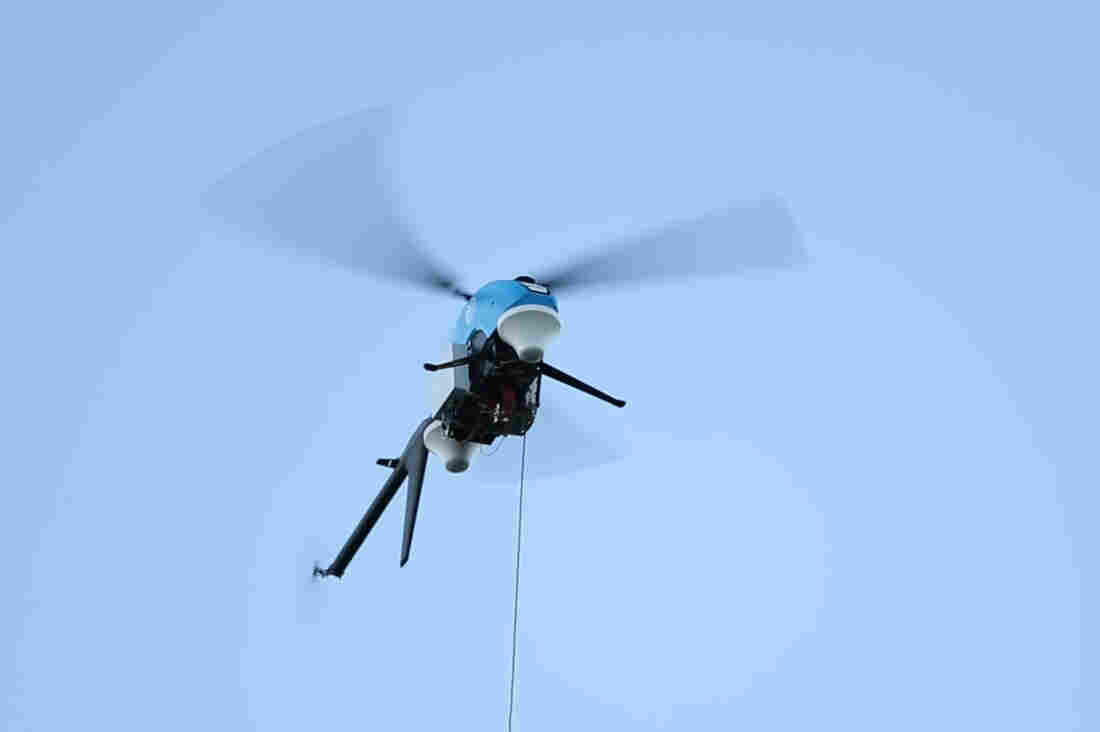 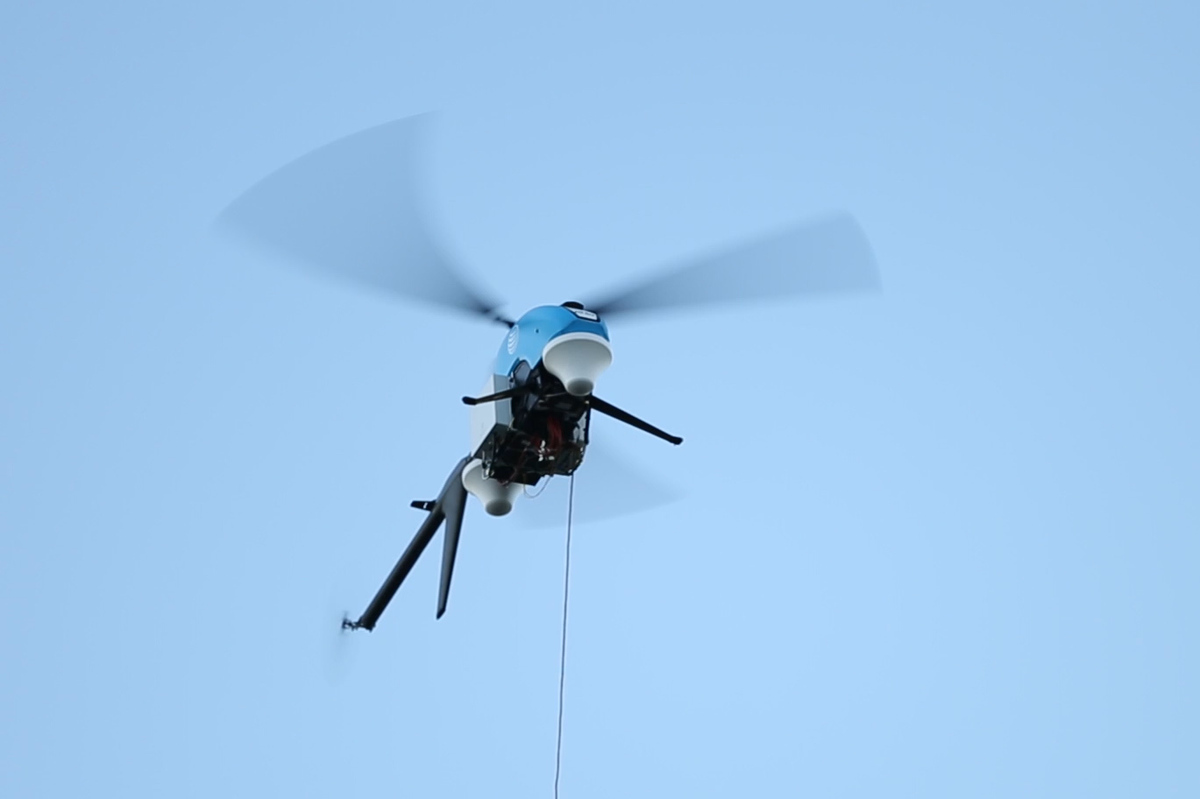 The FAA has approved AT&T's Flying COW — a drone outfitted with LTE radios and antennas — to provide temporary voice, data, and Internet service in Puerto Rico.

The FAA announced it has approved a drone that can function as a flying cell phone tower to help restore cellular service in Puerto Rico.

The aircraft is called the Flying COW, for Cell on Wings. Developed by AT&T, it flies up to 200 feet above the ground, and can provide voice, data and Internet service for 40 square miles.

AT&T said last week this marked the first time an LTE cell site on a drone had been successfully deployed for connecting residents after a disaster. After we published this story initially, AT&T said it had taken the drone out of service in Puerto Rico and has no specific plan to start using it there again.

Two months after Hurricane Maria battered the commonwealth, just 63 percent of cellular sites are operational there. As of Thursday, AT&T said 80 percent of Puerto Rico's cell customers were connected.

The drone, a Pulse Vapor 55, looks like a mini helicopter. It's "fitted with LTE radios and antennas and is tethered to ground-based electronics and power systems," the FAA explains.

Its weight exceeds the FAA's small drone 55-pound weight limit, so it required special authorization for use. The agency says it can be used on a temporary basis while permanent infrastructure is rebuilt.

A video from February shows the device in rural Georgia, tethered to a base of solar panels and connected to fiber. Art Pregler, director of the company's drone program, explains that the drone is well-suited to disaster recovery after a hurricane or tornado, as it is easily deployed to establish connectivity.

Pregler said the drone is also useful during wildfires, because it can be moved as the fire line shifts.

A Flying COW can provide coverage to up to 8,000 people simultaneously, AT&T said. The company said it currently has just one of the devices, but it is testing additional models for deployment.