Accessibility links
Deadly Violence Spirals In Nairobi Ahead Of Court Ruling On Presidential Win : The Two-Way At least four people were killed overnight into Sunday in what the opposition leader, Raila Odinga, called "state-sponsored thuggery." 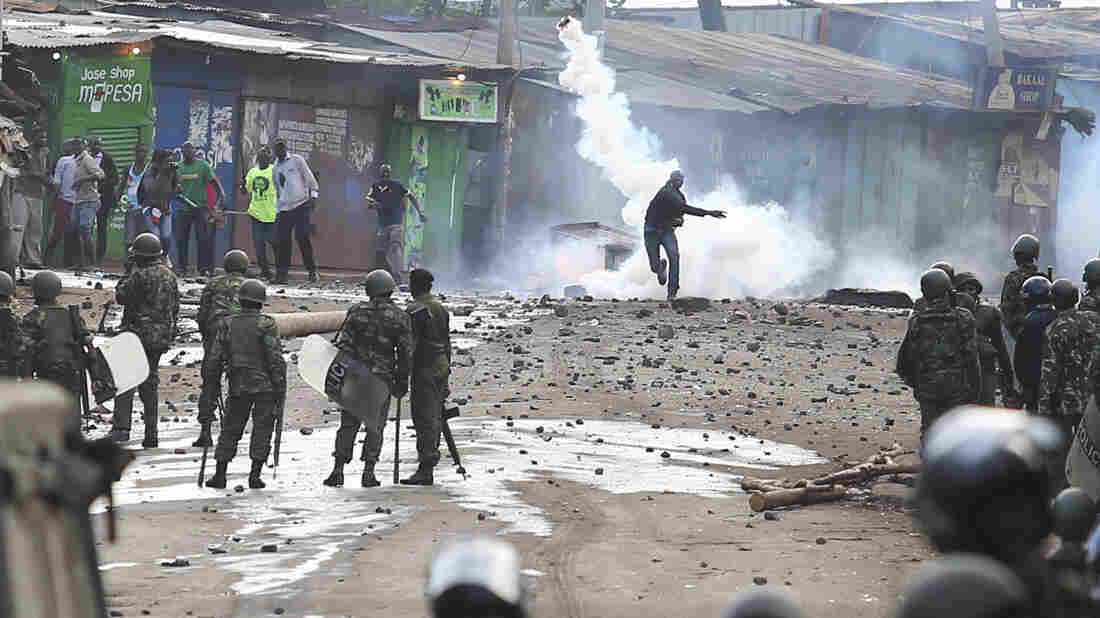 A supporter of opposition leader Raila Odinga throws back a canister of tear gas toward riot police during running battles with police in Kibera Slums in Nairobi, on Sunday. Brian Inganga/AP hide caption 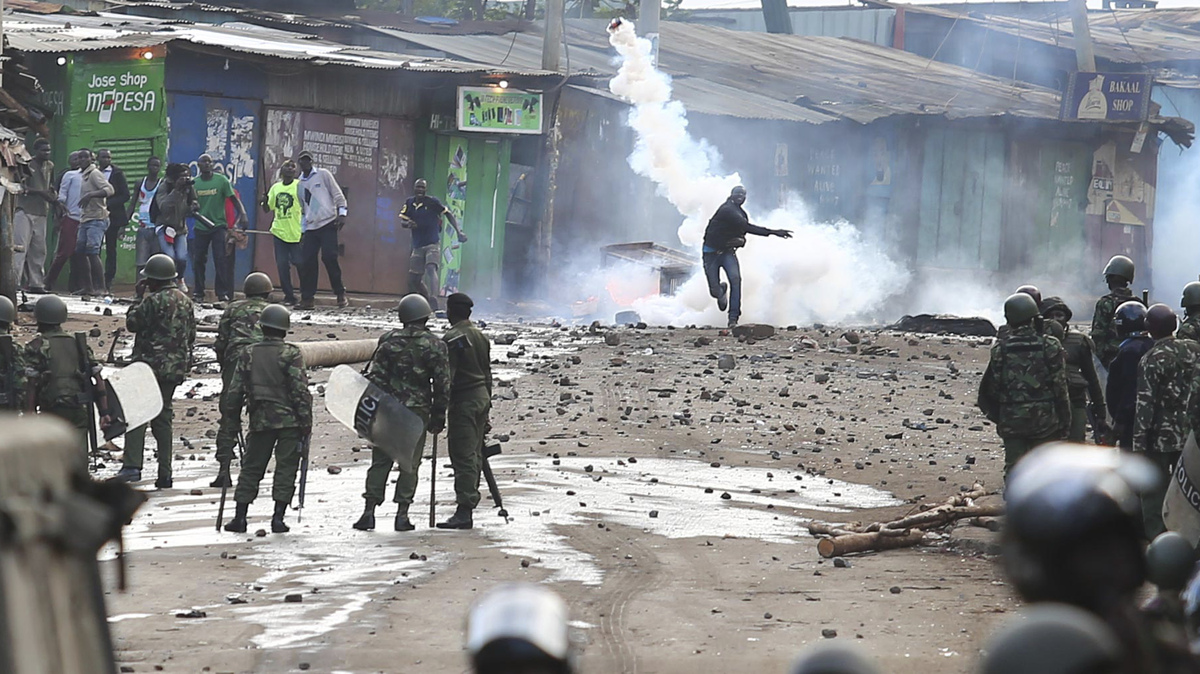 A supporter of opposition leader Raila Odinga throws back a canister of tear gas toward riot police during running battles with police in Kibera Slums in Nairobi, on Sunday.

Kenya's opposition leader is asking for "international intervention" as violence is escalating in the country's post-election crisis. Overnight into Sunday at least four people were killed in an "area that's opposition heavy," reports NPR's Eyder Peralta from Nairobi.

Opposition leader Raila Odinga said those who died overnight were his own supporters and called their deaths "state-sponsored thuggery," reports The Associated Press.

Police have denied that the killings were politically motivated or the result of ethnic clashes, reports Nairobi News. Later Sunday, police used teargas and water cannons to disperse crowds in Nairobi protesting the deaths, reports Reuters.

Police Clash With Protesters In Nairobi

While police maintain that four people died in the overnight violence, mortuary attendants tell the AP that the death toll was much higher with 13 bodies having been brought in — all with bullet wounds.

Sunday's deaths capped a weekend that began violently. Odinga said 18 of his supporters were shot dead on Friday when police tried to stop them from lining the roads to greet him. The AP reports mortuary records back up Odinga's death toll. Police maintain that mobs killed five people.

Eyder reports that rioting has broken out in Kenya's capital, some of it rooted in ethnic tensions.

"In some parts of Nairobi, people have set cars and buses on fire. In some other areas there's looting and some residents have set up checkpoints, where they're asking for I.D., basically trying to confirm tribe," Eyder says.

A member of parliament was shot in the leg during protests.

On Monday Kenya's Supreme Court is set to rule once again on the validity of President Uhuru Kenyatta's re-election. The court already invalidated Kenyatta's victory in the August election, citing irregularities, the first time an African court has ever thrown out the victory of a sitting president.

The court ruled that another election take place in October and Kenyatta won once again with 98 percent of the vote. But opposition candidate Odinga had bowed out of the race and called on his supporters to boycott, arguing irregularities from the August election had not been addressed and the vote remained rigged.

Kenya's government is urging the court uphold the election results to avoid setting the country on a "a path to a perpetual election season," Eyder reports.

Its Supreme Court was created after disputed results in the 2007 election resulted in ethnic clashes that left more than 1,000 people dead.