Accessibility links
Georgia Dome Implosion Video: Watch Atlanta's Iconic Stadium Get Demolished : The Two-Way The stadium, which has been around since 1992 and played host to the 1996 Olympic Games, saw its final hours Monday morning. Watch the storied building come down in a planned implosion. 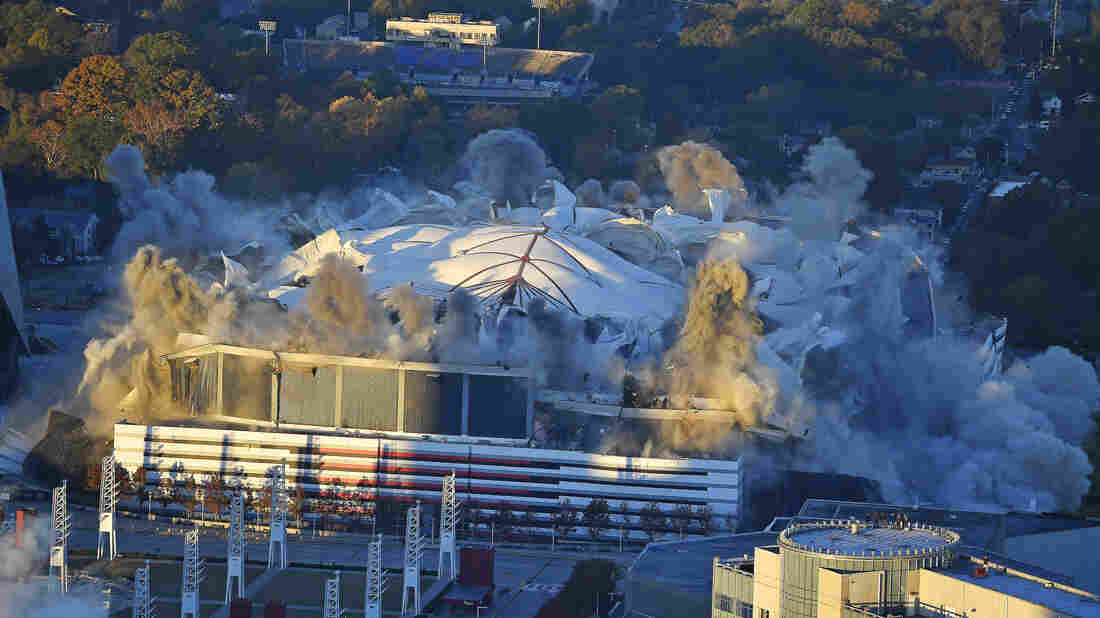 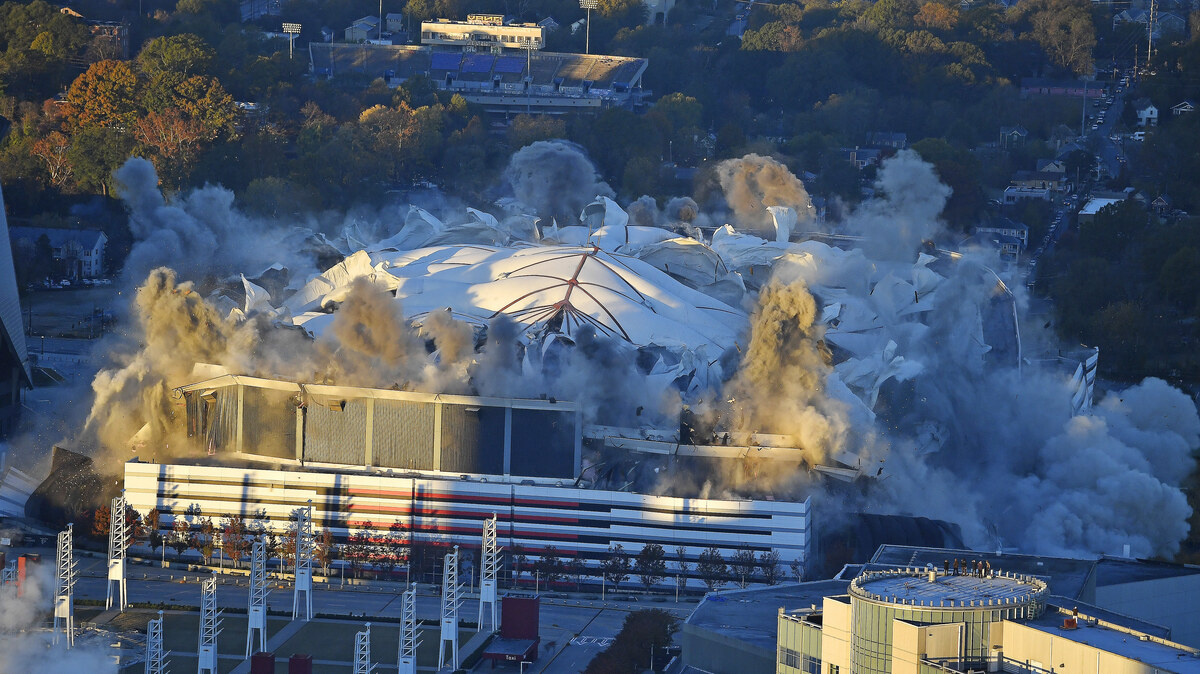 As an icon, the Georgia Dome stood commandingly on the Atlanta skyline. Host to the 1996 Summer Olympics, two Super Bowls and countless Atlanta Falcons home games, the imposing stadium was a fixture for roughly 2 1/2 decades, since its completion in 1992 at a cost of $214 million.

Now, it's little more than a massive heap of concrete, steel and fiberglass.

On Monday, city authorities brought the building down, executing a carefully planned implosion in the early morning light. The demolition took some 4,800 pounds of explosives, including about 4,500 pounds of dynamite, according to the Atlanta Journal-Constitution.

Huge blast walls set up around the stadium shielded its successor and next-door neighbor, the Mercedes-Benz Stadium. That dome opened already in August this year.

The Journal-Constitution offered a glimpse of the Georgia Dome's storied past:

But hey, why not get another look at that implosion in slow-motion ... and on loop.

Here at the Two-Way, we're no strangers to a good planned implosion video. Indeed, blog co-founder (and current standards and practices editor) Mark Memmott probably put it best: "We like videos of bridges and buildings and other things being blown up on purpose."

So, here are a few more for your viewing pleasure:

In all of the above cases, you can see how the planners took care of a crucial step — actually, you know, warning bystanders the building's supposed to come down, unlike this remarkable instance in China earlier this year. Don't worry, everyone, it appears no one was harmed in that mishap.