Accessibility links
Keystone XL Pipeline Gets Regulators' OK In Nebraska, Clearing Key Hurdle : The Two-Way The Nebraska Public Service Commission voted 3-2 on Monday to approve the controversial pipeline — albeit not on the route preferred by TransCanada, the company behind the Keystone XL. 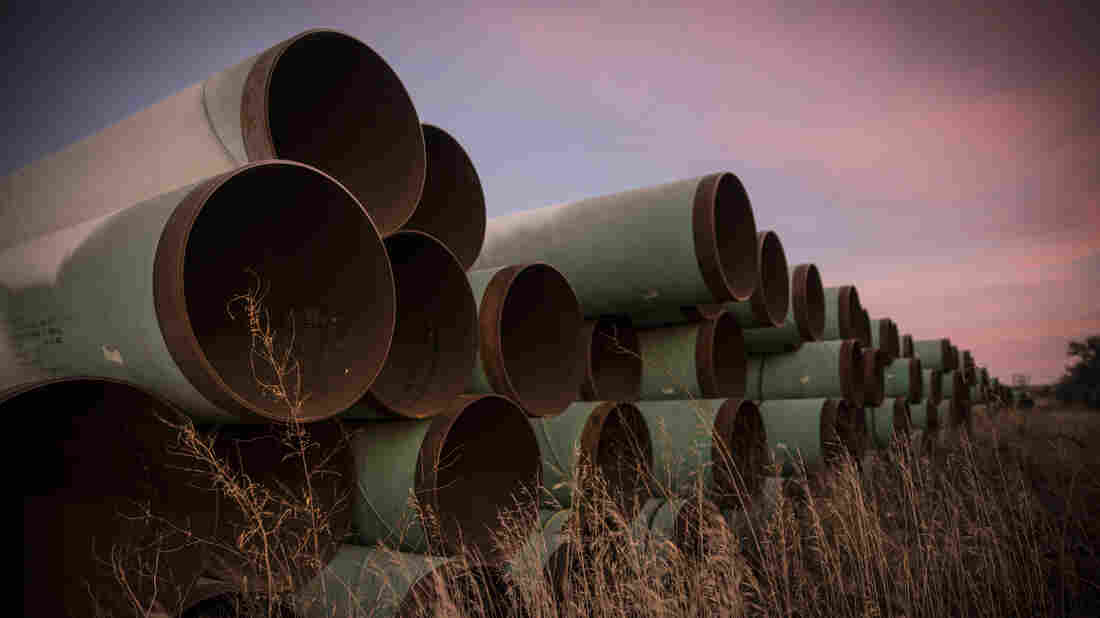 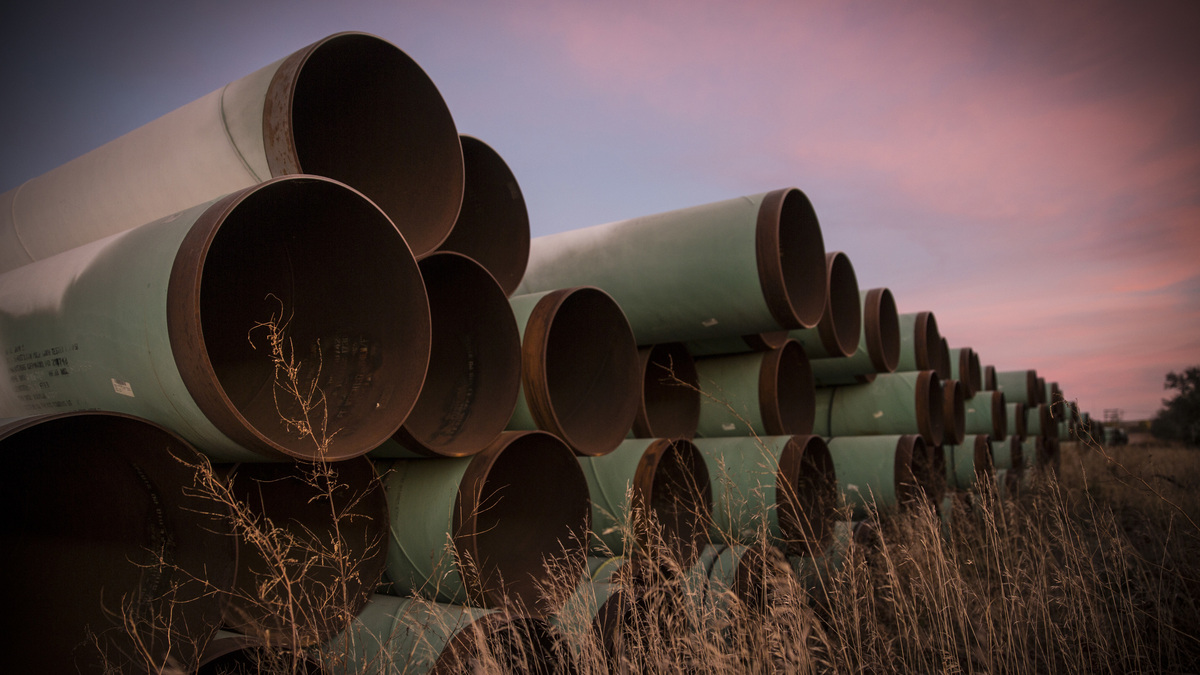 Miles of unused pipe, prepared for the proposed Keystone XL pipeline, sit in a lot outside Gascoyne, N.D., in 2014.

The Keystone XL pipeline, an $8 billion project that has attracted significant protest from environmental groups, has cleared a major regulatory hurdle on its path to completion. On Monday, the Nebraska Public Service Commission certified the pipeline to run through the state.

The commission — "an elected panel of four Republicans and one Democrat," according to The New York Times — approved the project by a 3-2 vote Monday. Though they did so with some reservations: The regulators rejected TransCanada's preferred route through the state, suggesting another one farther east that would avoid the state's Sandhills region.

The Omaha World-Herald explains how this might complicate matters:

"The alternative route selected by the PSC runs east of TransCanada's preferred route and makes the pipeline cross parts of six counties not previously in the path of Keystone XL. So it would require the company to reach property easement agreements with a new group of landowners. ...

"The state's OK does not mean the pipeline will be built. Opponents have promised to file lawsuits to challenge the project, and TransCanada has said it won't decide until December if it has enough shippers to make the $8 billion project financially feasible."

Nevertheless, the move marks something of a victory for the Trump administration and other Republicans, who have thrown their political muscle behind the proposed pipeline to transport crude oil between Canada and Texas' Gulf Coast. They and other supporters of the pipeline argue that it will lower fuel prices and create jobs.

Earlier this year, the State Department issued a presidential permit for the pipeline's construction, reversing an Obama-era decision that prevented the project from progressing due to environmental concerns.

The decision Monday comes after years of regulatory review — and less than a week after TransCanada, the company behind the Keystone XL, reported a spill of some 210,000 gallons of oil from another of its conduits near Amherst, S.D. As NPR's Richard Gonzalez noted, the spill — while it affected a different pipeline — did "nothing to enhance prospects for the XL Pipeline, which critics argue should not be allowed to operate" and which some landowners have been leery to see built near them.

The decision Monday by no means spells the end of that controversy, which is expected to shift from the regulators' meeting rooms to the courtroom.

In a statement, the Sierra Club called the commission's vote merely a "conditional approval," noting that the route it suggested was one that TransCanada had "claimed would be unworkable."

"Whatever the route, shipping more dirty tar sands through America's heartland at the expense of our climate and communities remains unacceptable. Regardless of the Public Service Commission's decision today, millions of people across the country will continue to speak out and demand that the Keystone XL project never gets built," Sierra Club Executive Director Michael Brune said in the statement.

"The Sierra Club and our allies will continue to explore all legal options to fight back against this project and protect our water, our health, our communities, and our climate from Keystone XL," he added. "Our movement defeated this pipeline once, and we will do it again."