Accessibility links
Baby Animal Profile: Whetu, The Kiwi Chick : The Two-Way Whetu, an almost 4-month-old brown kiwi at the Smithsonian Conservation Biology Institute, is the first female born to her parents. She enjoys staying up all night, eating worms and burrowing. 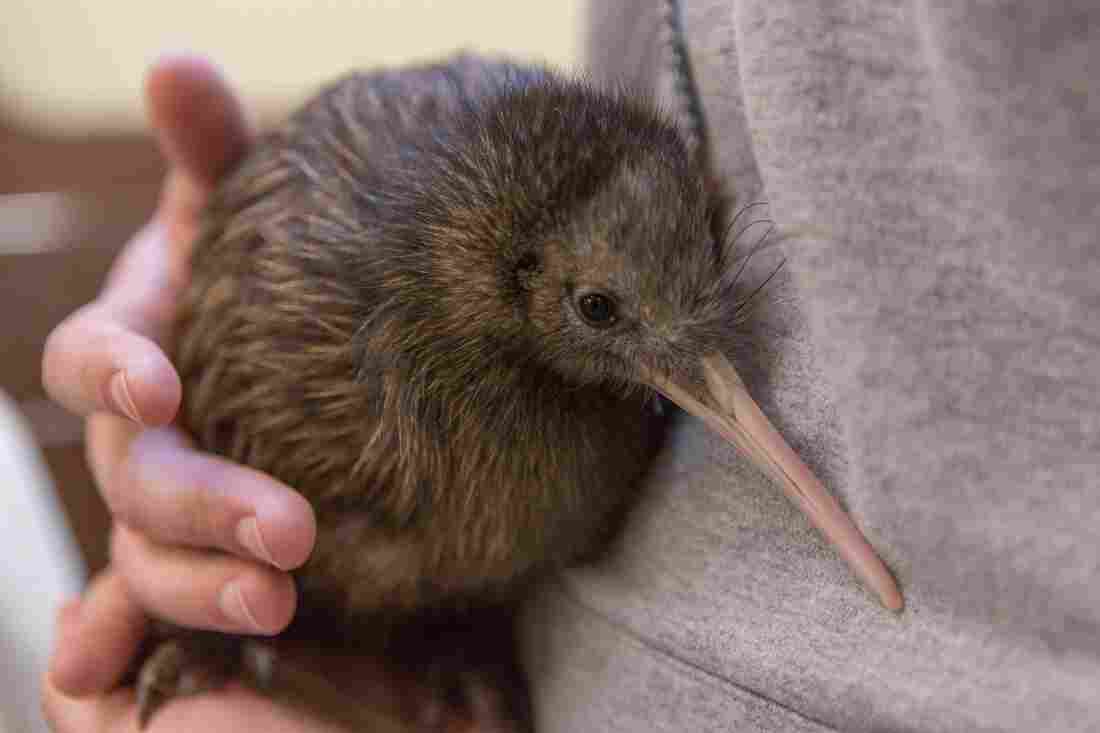 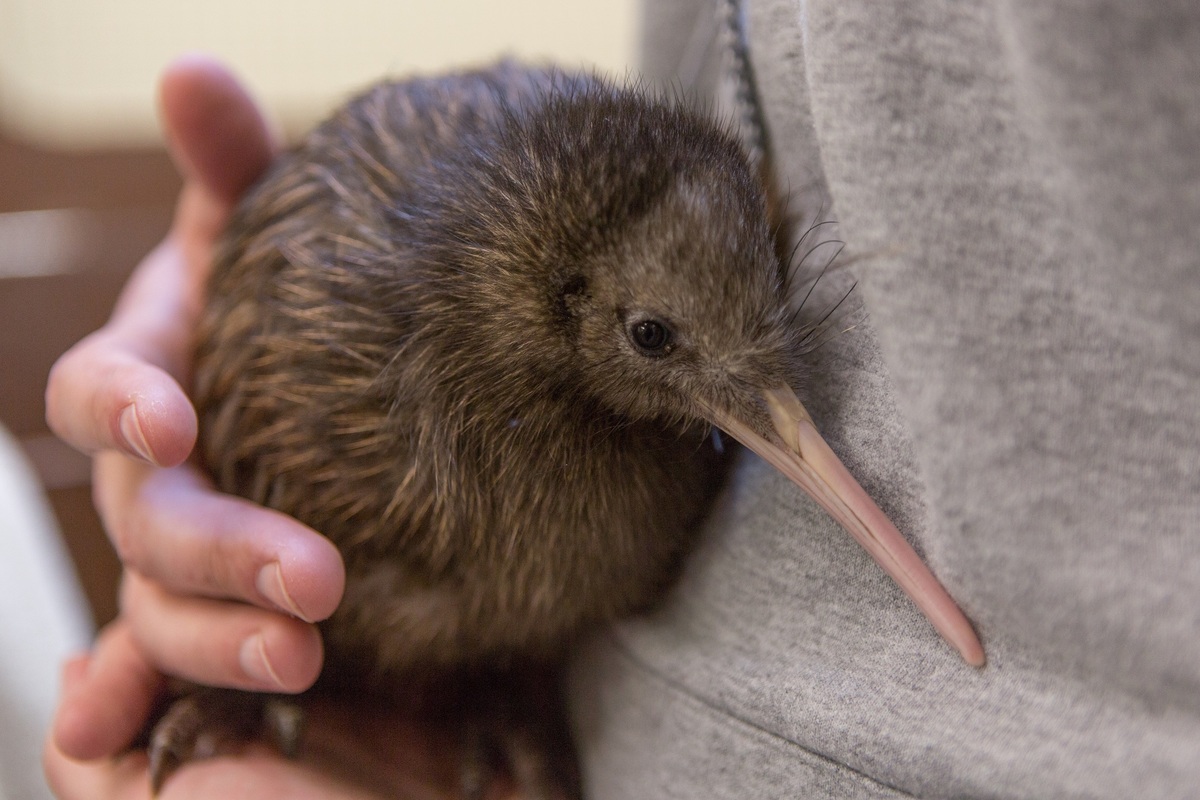 The past few months have been a whirlwind for kiwi chick Whetu, pronounced FEH-too. Just hatched July 30, Whetu hit the Internet before she could breathe air outside her eggshell. She's the youngest of the brown kiwi family at the Smithsonian Conservation Biology Institute - a sister facility to the Smithsonian National Zoo. Though she was a summer hatchling, Whetu's name announcement came just last week. And via Twitter, no less.

Meet our kiwi chick Whetu, which is Māori for star ⭐️Thanks to everyone who submitted names to us and @NZAmbassadorUS ! #WeSaveSpecies pic.twitter.com/Ce5Hrw52TP

More than 1,200 kiwi fans voted to name the young bird. Whetu won by a comfortable margin - coming in with 40 percent of the votes, a full seven points ahead of Aroha (Maori for love) and 13 beyond the third place option Kaitiaki (Maori for guardian). Now she has a name and a developing sense of her own identity.

Wesley Bailey is the kiwi keeper at the institute. He's worked with Whetu since she was a developing egg. It's a process he describes like a human pregnancy and birth: Exciting but stressful.

For now, Whetu lives a solitary existence at the Front Royal, Va. institute. She sleeps during the day and rummages around at night.

"[Kiwi are] very bizarre birds, through and through," Bailey said. "They are flightless and nocturnal. They burrow. They have a phenomenal sense of smell and poor eyesight."

The long threadlike structures around her beak are modified feathers, Bailey said. But they function like whiskers, allowing her to navigate in the dark and determine what's big enough for her entire body to fit through when burrowing. Whetu has a penchant for destruction, too.

What To Expect When Your Orangutans Are Expecting? Check Their Gift Registry

"If you give [her] a nice rotten log, you'll come in the next morning and the log will be obliterated," he said.

She's been an independent woman since the beginning. Kiwi are precocial, which means that they can feed themselves upon hatching. After eating the yolk from her egg, Whetu moved on to solid foods. Her keepers offer food in different ways, sometimes putting it in a bin and sometimes hiding it throughout her enclosure. She gets meal worms, earth worms and a ground mixture of fruits, vegetables and meats that Bailey referred to as Whetu's "meatloaf."

This video from the Otago Daily Times shows a vibrant kiwi bounding around its enclosure at night.

And in a shocking twist, Bailey divulges that Whetu is already betrothed! While he would not confirm the suitor's name, he did describe their conservative courting (officially called a species survival plan or SSP). As Whetu gets older, she and her male counterpart will be placed in separated enclosures through which they can see and smell each other. If that goes well, they'll have supervised nocturnal visits. Those will become more regular until they're ready to live together full time. Kiwis, native to New Zealand, come to sexual maturity between the age of 3 and 4 and generally mate for life.

Whetu is the youngest chick of Ngati Hine Tahi and Ngati Hine Rua who came to the institute in 2010 - a gift from New Zealand. And she's the only girl. It ensures, Bailey says jokingly, that she'll be at least a little spoiled.