Accessibility links
Yellen Resigns From Fed Board After Being Passed Over To Keep Top Post : The Two-Way Janet Yellen says she'll step down from the Federal Reserve Board when her successor as chair is sworn in. Earlier this month, President Trump named Jerome Powell to be the next Fed chairman. 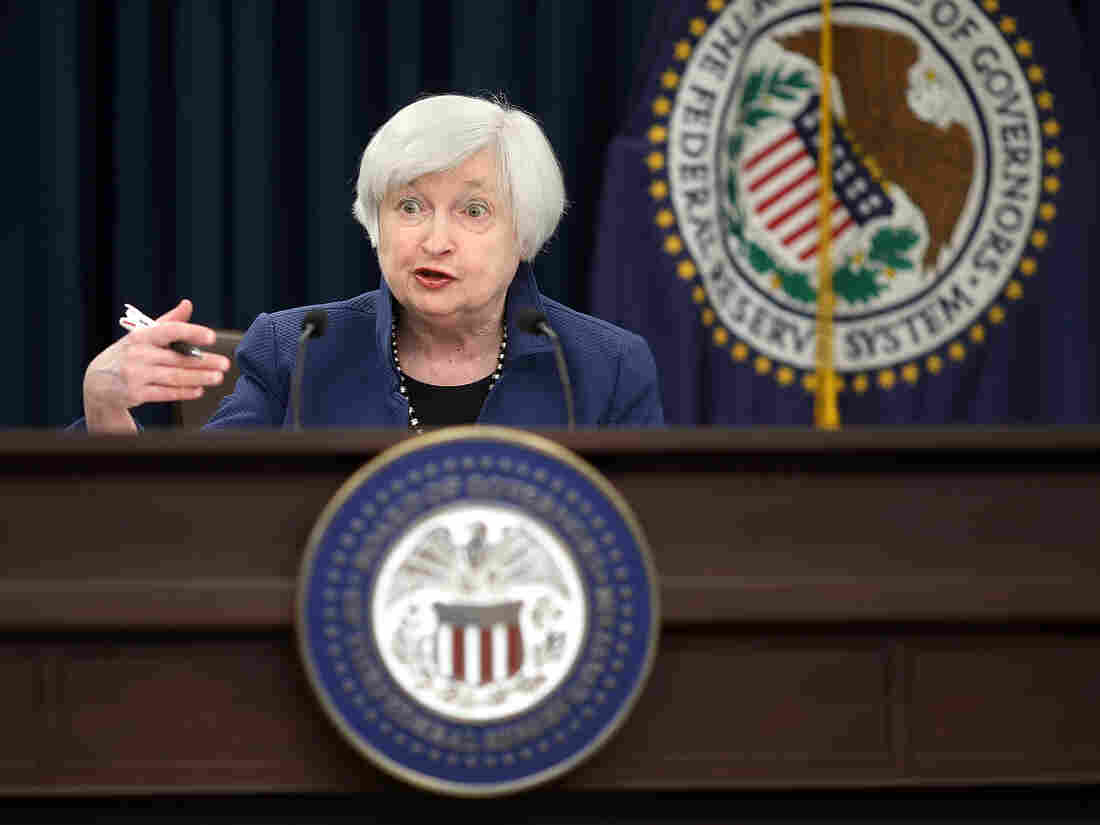 Fed Chair Janet Yellen on Monday submitted her resignation from the Federal Reserve Board. Earlier this month, President Trump named Jerome Powell to be the next Fed chair. Chip Somodevilla/Getty Images hide caption 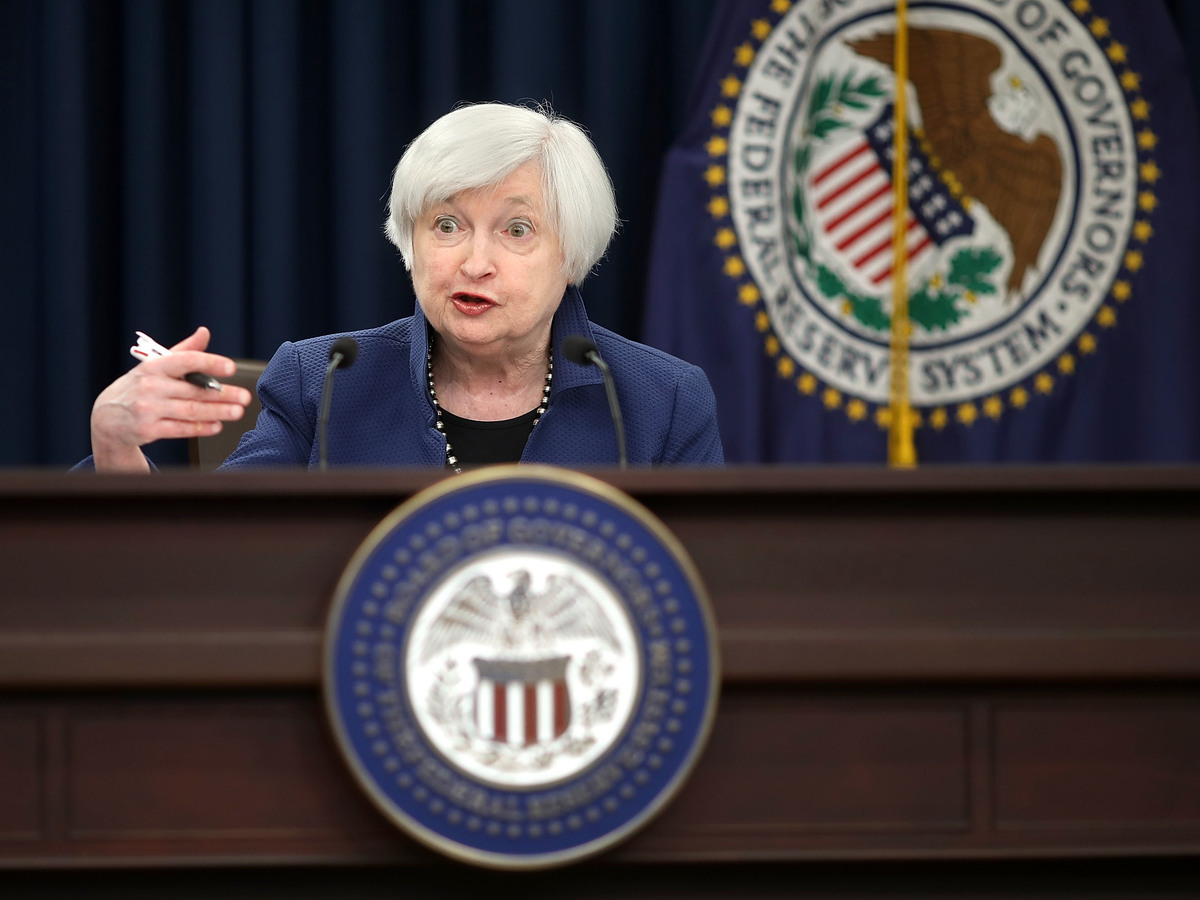 Fed Chair Janet Yellen on Monday submitted her resignation from the Federal Reserve Board. Earlier this month, President Trump named Jerome Powell to be the next Fed chair.

Federal Reserve Chair Janet Yellen today announced that she will resign from the Federal Reserve Board once her successor, Jerome Powell, is sworn in.

Yellen is the first woman to serve as Fed chair. While her term as Fed chair ends in February, Yellen could have stayed on the board until 2024, serving out her 14-year term as a Fed governor. Instead she'll follow the practice of previous Fed leaders and leave the board once Powell becomes chairman.

Powell's nomination by President Trump marked the first time in decades that a president hasn't reappointed a chief of the central bank for a second term. The Senate Banking Committee is set to hold a hearing on Powell's nomination next week, but a vote has not been scheduled.

In a letter of resignation to Trump, Yellen said she is "gratified that the financial system is much stronger than a decade ago," and that the economy has improved substantially. Also in the letter, she pointed out that 17 million jobs have been added since the financial crisis and that the Fed is close to achieving it goals of "maximum employment and price stability."

Yellen is credited with helping move the U.S. economy to a firmer footing after the turbulence following the financial crisis. Her decision not to stay gives Trump an even greater opportunity to reshape the Federal Reserve Board. If he fills the remaining vacant positions, Trump will have appointed five of the seven members on the board of governors.

She served as vice chair of the Board of Governors under Ben Bernanke from October 2010 to February 2014, when Obama elevated her to the top job. Yellen was president of the Federal Reserve Bank of San Francisco from 2004 to 2010. She remains a professor emerita of the University of California Berkeley.