Accessibility links
America's Cup Race Gets A Radical New Single-Hulled Boat : The Two-Way The 166-year-old yacht race, which has featured giant foiling catamarans in recent years, will return to monohulls in 2021. But the new boats are far from traditional. 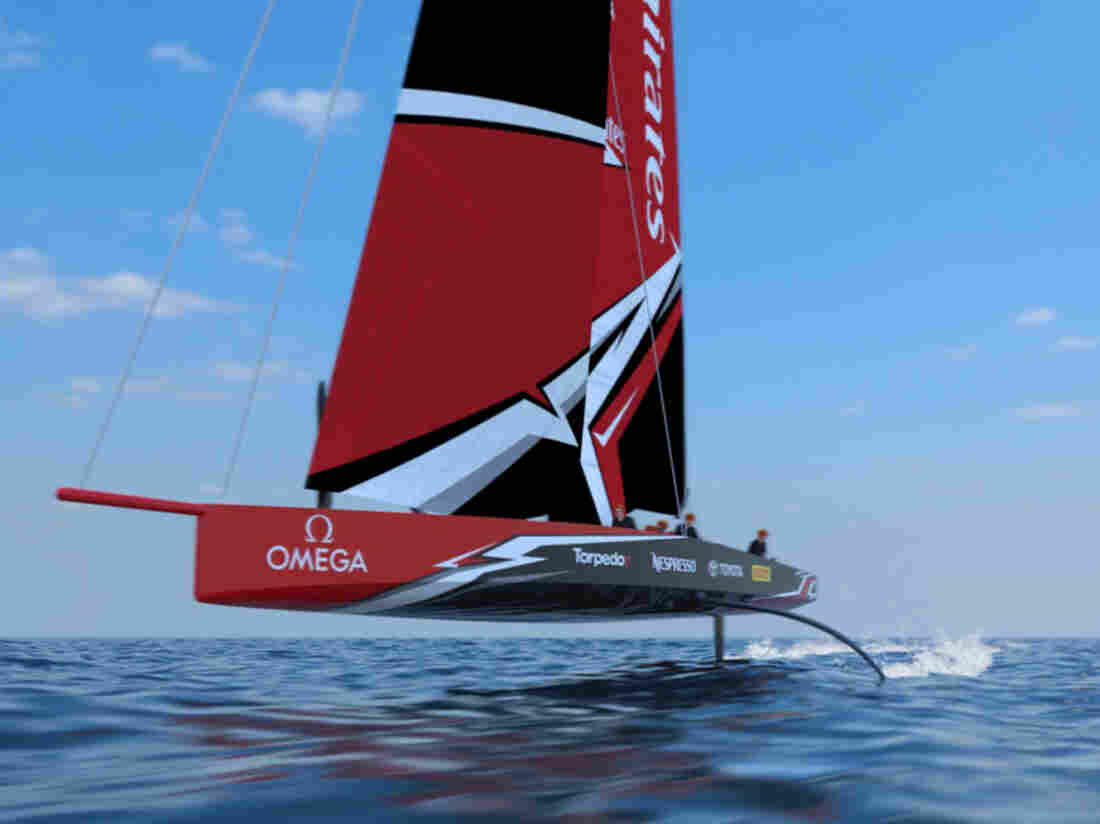 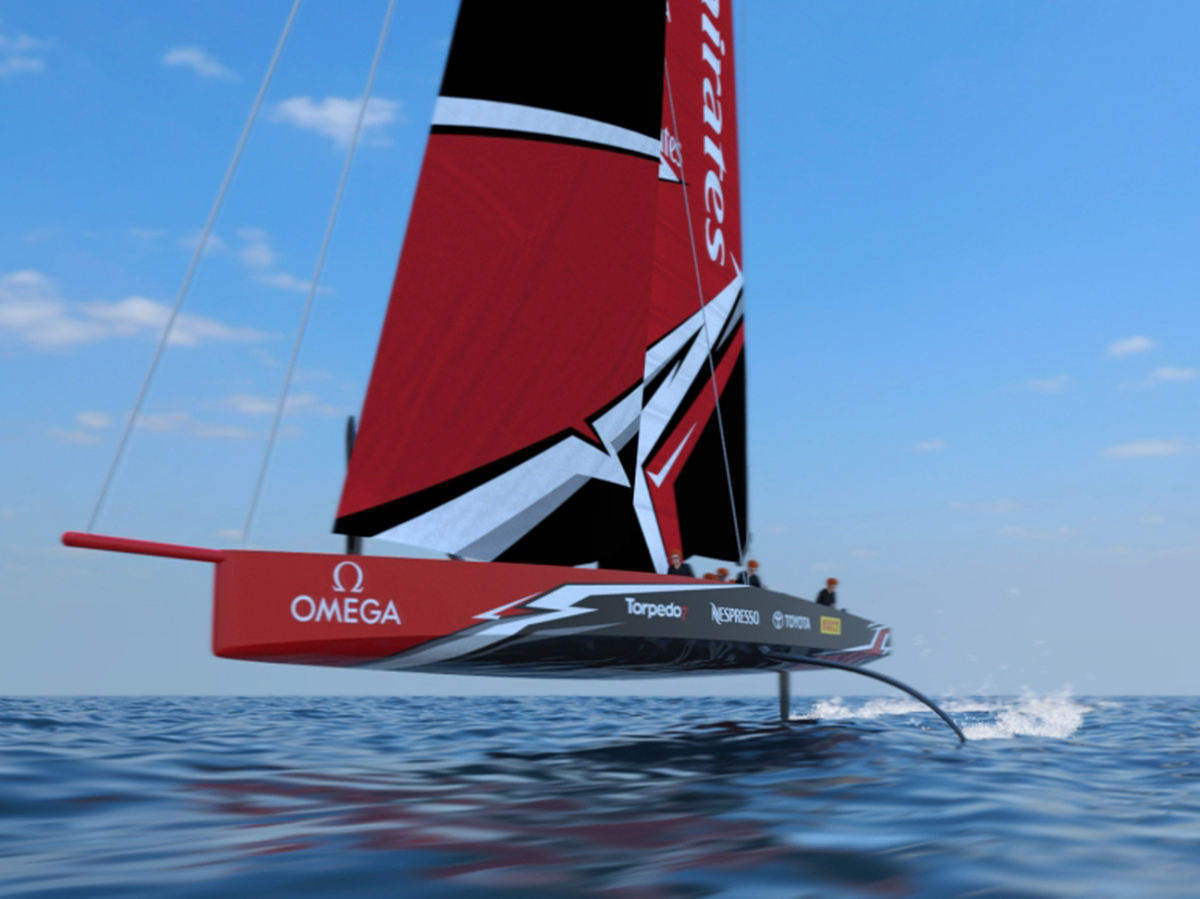 Emirates Team New Zealand, which took home the America's Cup after swiping it from Larry Ellison's Oracle Team USA in a duel of foiling catamarans off Bermuda this summer, has reinvented the boat that will next compete for the trophy.

After its win in June, Team New Zealand announced three months later that the 166-year-old competition — dominated by monohull boats until a switch to giant multihulls seven years ago — would return to single-hull designs.

On Monday, the kiwi syndicate and rivals Luna Rossa from Italy unveiled the broad outlines of the boats they will be racing in Auckland in 2021. They are unlike any monohull familiar to the weekend sailor.

Looking bow-to-stern, the new AC75 resembles as much the ancient creature that first ploddingly crawled from the sea as it does a high-tech craft that scoots over the water at 50 mph.

Like its multihull predecessors, the 75-foot-long craft is designed to "foil" on underwater skis that raise the hull clear of the surface, greatly reducing drag. The AC75 features twin foil-tipped articulating keels. On a given tack, one is underwater providing lift while the other juts to the side to provide balance.

Since monohulls are better turning through the wind, race organizers say the new boats are set to bring back the "tacking duels" of yore that have largely given way to flat-out drag-racing in recent years. "[Given] the speed and the ease at which the boats can turn the classic pre-starts of the America's Cup are set to make an exciting comeback," Team New Zealand said in the statement.

While the multihulls have their many advocates, they have also drawn scorn from some quarters — especially over safety concerns.

The new boats could mitigate one of the major complaints about the AC50 catamarans: their propensity to capsize or go end-over-end, Team New Zealand CEO Grant Dalton said in a statement released in Auckland.

That's precisely what has happened several times in America's Cup catamarans, both in training and in match racing. In 2013, during training, a sailor drowned in one such capsize in San Francisco. The new design is safer because it can "right itself," he says.

Patrick Bertelli, chairman of Luna Rossa, says the decision to return to single-hulled boats "was a fundamental condition" for his team to participate in another America's Cup.

"Our analysis of the performance of the foiling monohulls tells us that once the boat is up and foiling, the boat has the potential to be faster than an AC50 both upwind and downwind," Dalton says.

For many sailors, used to seeing the superior speed of multihulls, that's a claim likely to be hotly debated in harbor pubs until a working prototype – still months or years away – settles the question.