Accessibility links
Prime Minister Saad Hariri Returns To Lebanon : The Two-Way Hariri had resigned his post while visiting Riyadh amid intrigue over Lebanon's role in the rivalry between Saudi Arabia and Iran for influence in the region. 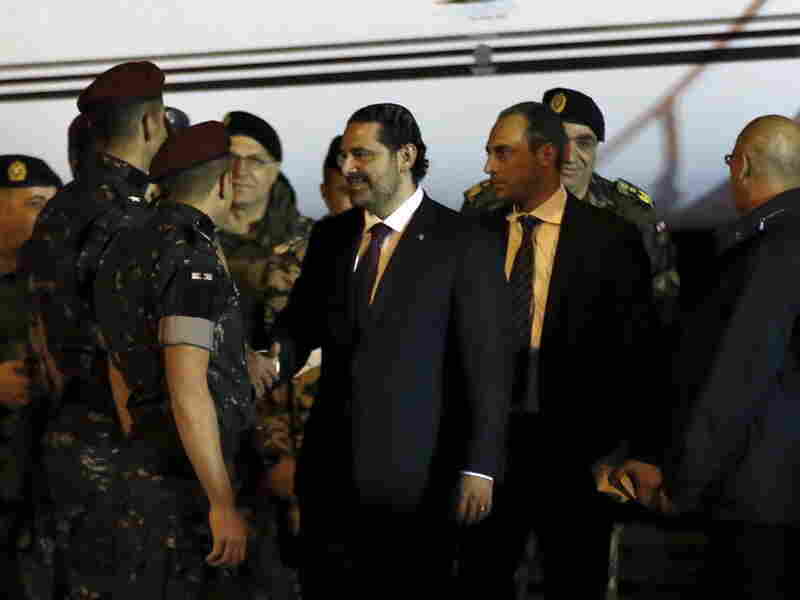 Lebanese Prime Minister Saad Hariri arrived back in his country Tuesday. Hariri's Nov. 4 resignation sparked rumors of Saudi influence and suspicions that he was being held against his will in Riyadh. Bilal Hussein/AP hide caption 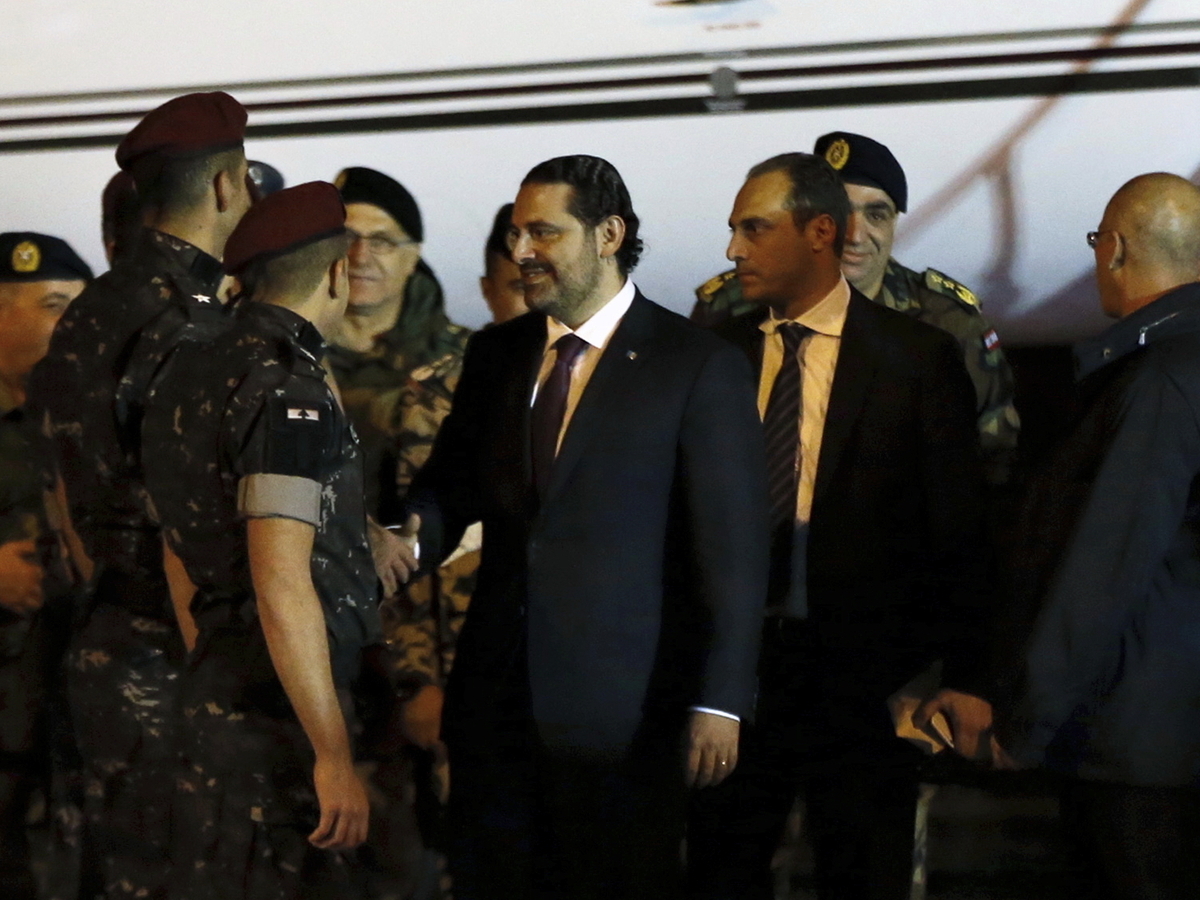 Lebanese Prime Minister Saad Hariri arrived back in his country Tuesday. Hariri's Nov. 4 resignation sparked rumors of Saudi influence and suspicions that he was being held against his will in Riyadh.

Lebanese Prime Minister Saad Hariri returned to Beirut for the first time since sparking a political crisis in his country following his surprise resignation more than two weeks ago while visiting Saudi Arabia.

Reuters reports that Hariri was greeted by members of the security forces as his return was covered by live TV.

Hariri's actions in the past few weeks have sparked speculation that his Nov. 4 resignation speech came under pressure from his Saudi Arabian hosts who were holding him as a virtual hostage in Riyadh.

Hariri left Saudi Arabia Friday night for a visit to France where he was warmly greeted by French President Emmanuel Macron. Before his departure, Hariri denied, in a tweet, that he had been detained by the Saudis.

After his brief stay in France, Hariri visited Egypt and Cyprus meeting with leaders in those countries. In Egypt, he promised to return to Lebanon in time for his nation's Independence Day celebration. He is also expected to meet with Lebanese President Michael Aoun who had previously pledged to ignore Hariri's resignation until it was delivered in person.

As the Associated Press reports,

"Hariri was leading a coalition government with his political opponents in the militant group Hezbollah when he stunned Lebanon by announcing his resignation on Nov. 4. He accused Hezbollah of holding Lebanon hostage and hinted there was a plot against his life.

"The announcement pushed Lebanon back to the forefront of a pounding regional rivalry between Saudi Arabia and Iran, which until recently appeared to have a tacit agreement to find an accord to keep Lebanon stable.

"It also set off speculation that Hariri had been forced to step down by the Gulf kingdom and was being held there against his will. His announcement was accompanied by a sharp intensification of Saudi rhetoric against Hezbollah, which the kingdom accuses of meddling on Iran's behalf in regional affairs.

"Hezbollah has been fighting on the side of Syrian President Bashar Assad in that country's brutal civil war, where many of Assad's enemies are rebels backed by Saudi Arabia. The kingdom says Hezbollah is also advising Houthi rebels waging a war against Yemen's Saudi-backed government.

"Hezbollah says Saudi Arabia has partnered with Israel to conspire against regional independence."

Hariri has indicated that he could withdraw his resignation following meetings in Lebanon.