Accessibility links
8 Rescued, 3 Missing After Navy Plane Crashes In Philippine Sea : The Two-Way The C-2 Greyhound was en route to the USS Ronald Reagan when it went down Wednesday afternoon Japan time. Eight people were recovered and are "in good condition at this time," the Navy says. 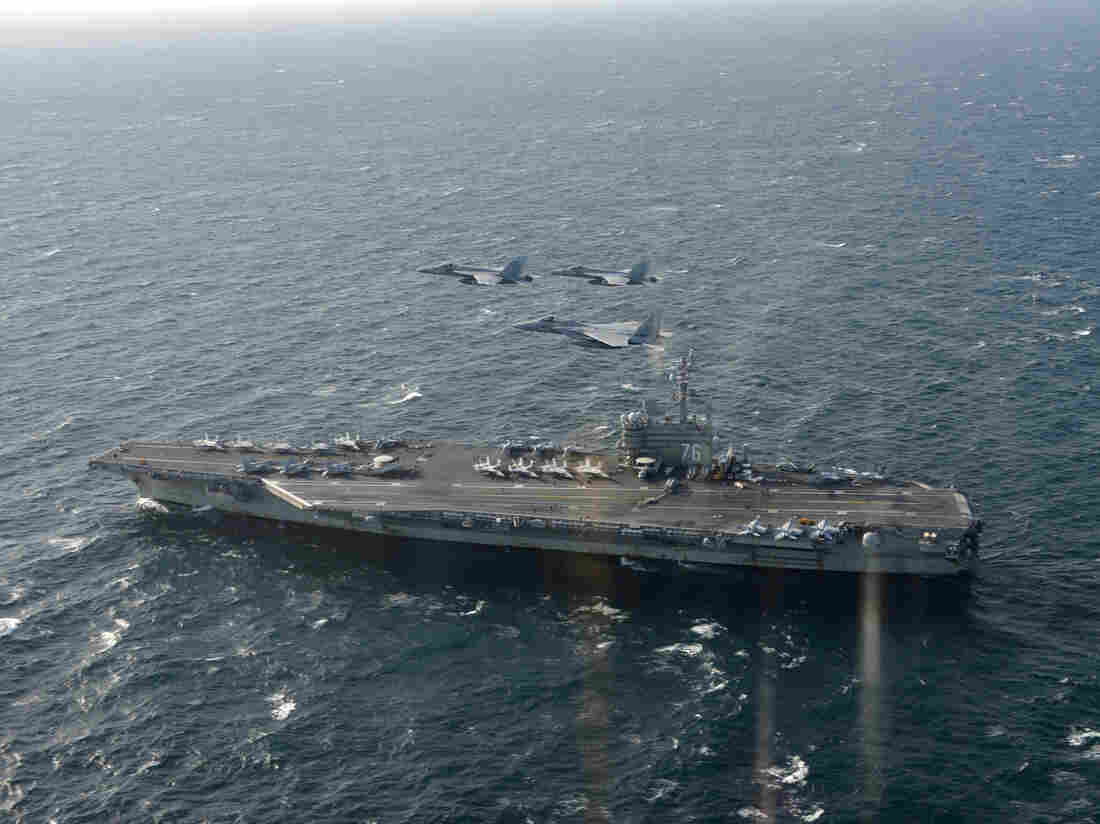 Two U.S. F/A-18s and the Japan Air Self-Defense Force's F-15 fly over the USS Ronald Reagan ahead of a joint exercise at an undisclosed location earlier this month. AP hide caption 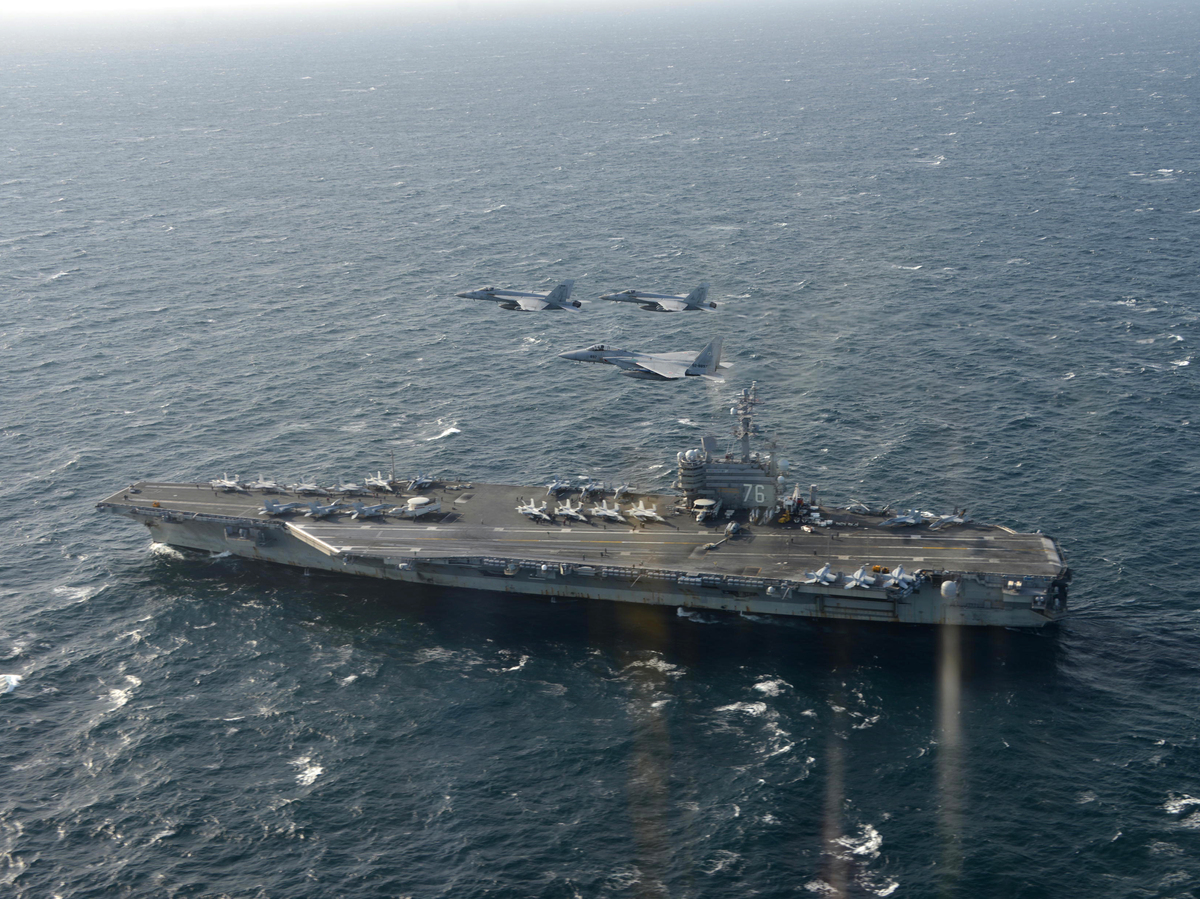 Two U.S. F/A-18s and the Japan Air Self-Defense Force's F-15 fly over the USS Ronald Reagan ahead of a joint exercise at an undisclosed location earlier this month.

U.S. Navy Makes A Show Of Force Off The Korean Peninsula

The Navy says eight people have been rescued and are "in good condition" after a propeller-driven C-2 Greyhound carrying 11 crew and passengers crashed in the Philippine Sea southeast of Okinawa, Japan.

"Search and rescue" for the remaining three people is still underway, the Navy says.

In a statement, the U.S. 7th Fleet said the C-2, a twin-engine airplane used to ferry personnel to and from aircraft carriers, went down about 2:45 p.m. Japan time (12:45 a.m. ET) while it was en route to the aircraft carrier USS Ronald Reagan (CVN76), which is operating in the region.

By 3:23 p.m. local time, eight people were recovered. "All personnel were transferred to USS Ronald Reagan (CVN 76) for medical evaluation and are in good condition at this time," the Navy says.

The incident will be investigated. The cause of the crash is not yet known, an earlier statement said.

After String Of Collisions, Navy Will Broadcast Ship Coordinates In Busy Waters

The names of crew and passengers were being withheld pending notification of next of kin, the Navy says, without any further explanation.

Japan's Maritime Self-Defense Force is assisting with search and rescue efforts for the three missing personnel.

"The 7th Fleet has had two fatal accidents in Asian waters this year, leaving 17 sailors dead and prompting the removal of eight top Navy officers from their posts, including the 7th Fleet commander.

"The USS John S. McCain and an oil tanker collided near Singapore in August, leaving 10 U.S. sailors dead. Seven sailors died in June when the USS Fitzgerald and a container ship collided off Japan."

The Navy provides more details on the aircraft that crashed: