Accessibility links
Lebanon's Prime Minister, Back From Saudi Arabia, Is Not Resigning After All : The Two-Way Saad Hariri will remain in his role — despite an address he gave from Riyadh saying he'd step down. The about-face is more fuel for speculation that Saudi Arabia was forcing him to resign.

Lebanon's Prime Minister, Back From Saudi Arabia, Is Not Resigning After All

Lebanon's Prime Minister, Back From Saudi Arabia, Is Not Resigning After All 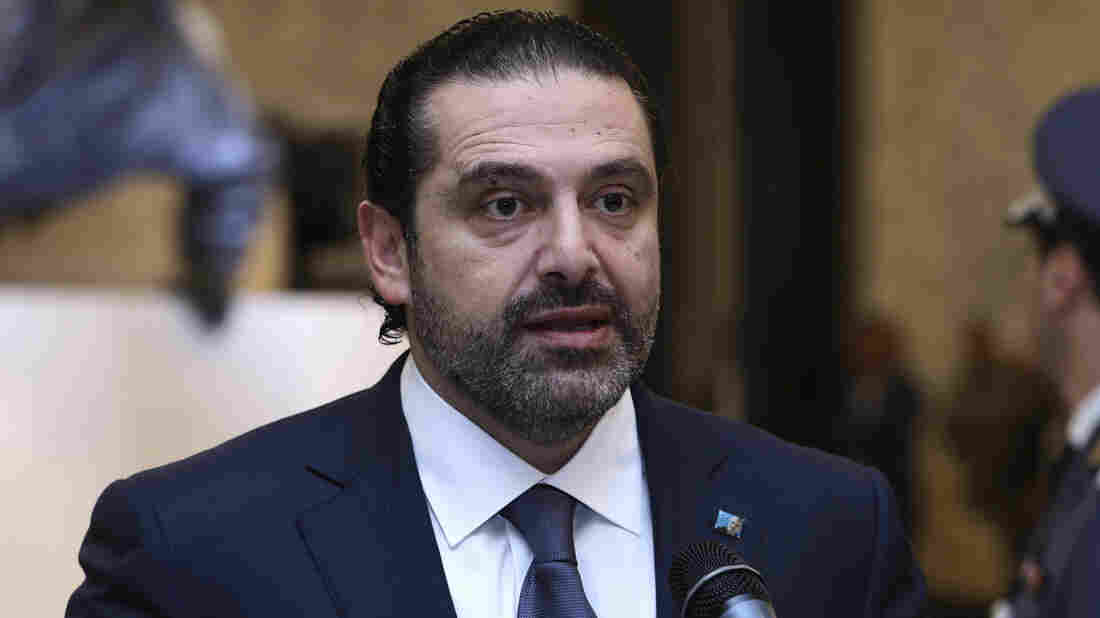 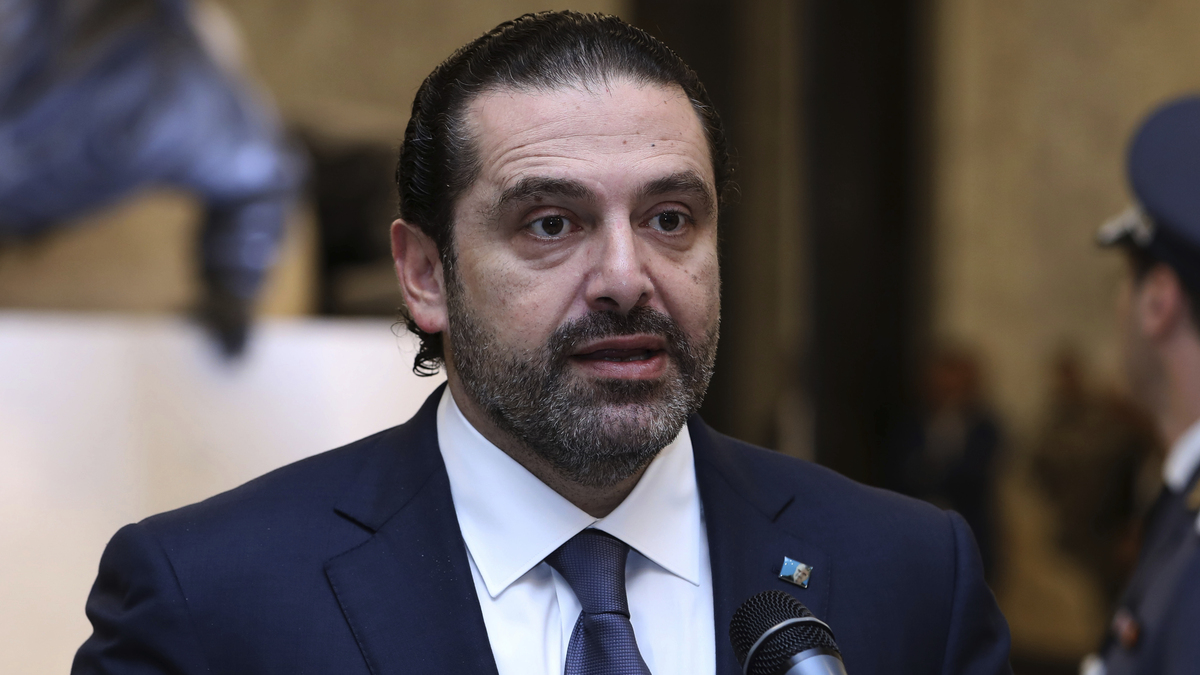 In this photo from Lebanon's government, Lebanese Prime Minister Saad Hariri reads a statement after his meeting with Lebanon's president, Michel Aoun, in Baabda, Lebanon, on Wednesday.

Lebanese Prime Minister Saad Hariri will be remaining in power, at least for now — despite the strange address he gave more than two weeks ago, while he was in Saudi Arabia, stating that he planned to resign.

The about-face comes shortly after Hariri returned to Beirut from that trip. The unusual events of his time in Riyadh prompted suspicions that Saudi Arabia was exerting unusual amounts of pressure Hariri. And the rapid reversal is only more fuel for speculation that Hariri was coerced, or even held as a hostage, by Saudi Arabia.

NPR's Ruth Sherlock reports from Beirut on Hariri's announcement that he's staying on as prime minister:

"He said the Lebanon's president Michel Aoun had asked him to wait before leaving office. He said the president has promised more political 'dialogue' to try to solve the problems that had caused Hariri to want to quit.

"Hariri had claimed in Saudi Arabia that his resignation was in protest of the strong influence of Hezbollah, the Iranian backed group, in Lebanon.

"This prompted allegations that Saudi Arabia, who is Iran's regional rival, had forced him to leave office."

The past few weeks have been tense for Lebanon, Ruth explains.

"Lebanon had just managed to form a government for the first time in two years, when Hariri tried to resign. And as his resignation attempt ramped up the tensions between Iran and Saudi Arabia, many feared this country would get caught up in a regional war," she says.

"Now that Hariri has said he will remain as prime minister many of his supporters breathe a sigh of relief. They hope his return will help keep the country stable. After his meeting with President Aoun today, Hariri said there would be a dialogue — read negotiation — with Hezbollah, the Iranian backed influence in the country. Hariri and Saudi Arabia want Hezbollah to pull out of Syria and Iraq and other regional conflicts."

Hariri spoke to supporters on Wednesday from his house in Beirut.

"I am staying with you and will continue with you ... to be a line of defense for Lebanon, Lebanon's stability and Lebanon's Arabism," he said, according to a translation from Reuters.

The prime minister's remarks were conciliatory, urging neutrality on regional conflicts, The Associated Press reports. But his announcement is an embarrassment to Saudi Arabia, the wire service writes:

"Hariri's reversal represents the latest Saudi foreign policy overreach under its young Crown Prince Mohammed bin Salman, who is seen as being behind most of the country's major decisions.

"Under the bullish crown prince, who has the blessing of his father King Salman, Saudi Arabia has taken a much harder line against Iran. He has a reputation for being both decisive and impulsive.

"Hariri's mysterious televised resignation from Saudi Arabia had sparked a political and diplomatic crisis as Lebanese officials accused the Gulf kingdom, which is feuding with Iran for influence in the region, of pressuring the Sunni, Saudi-aligned politician to resign.

"Top Lebanese officials accused Hariri's patron, Saudi Arabia, of then detaining him in the kingdom for days. Feeling insulted, the Lebanese rallied around Hariri, unanimously calling for his return from Saudi Arabia in what became an embarrassment to the kingdom."

The French government helped mediate between the countries to get Hariri out of Riyadh, the AP writes.

Hariri was "warmly greeted" by French President Emmanuel Macron on Friday night, as NPR's Richard Gonzales reported. Before departing France, "Hariri denied, in a tweet, that he had been detained by the Saudis," Richard says.

Hariri also met with leaders in Egypt and Cyprus before arriving back in Lebanon.