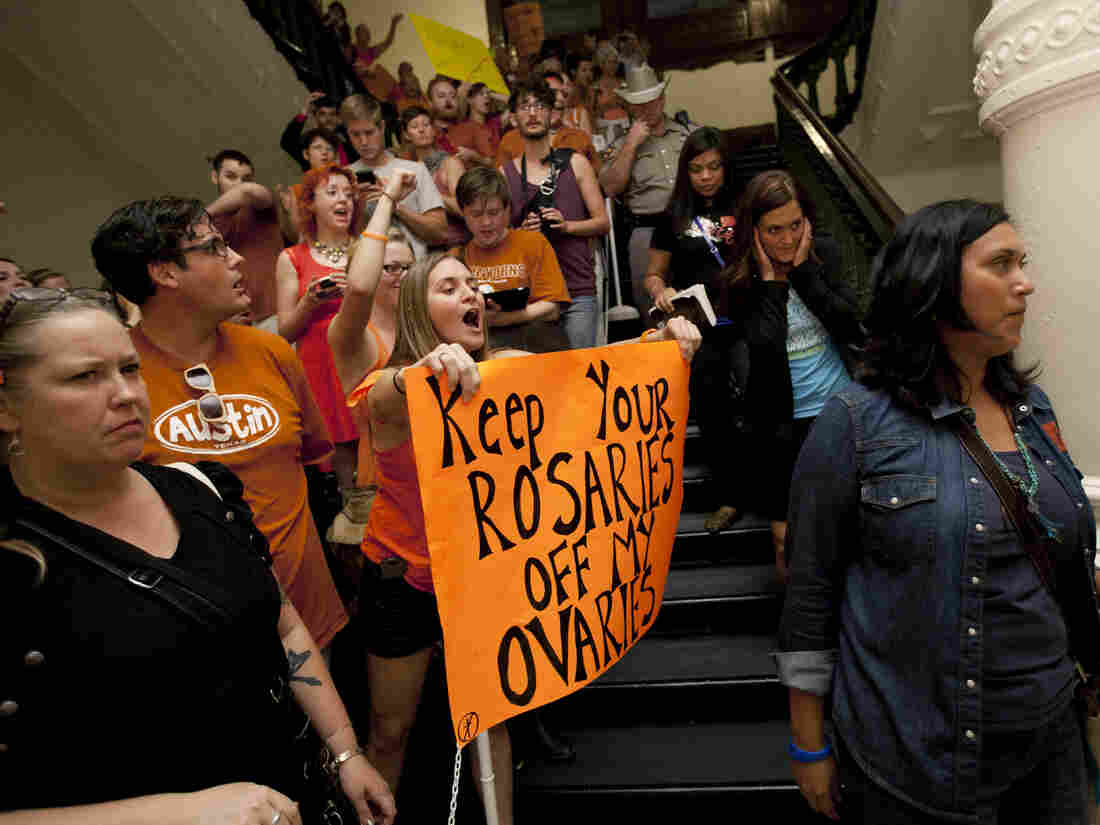 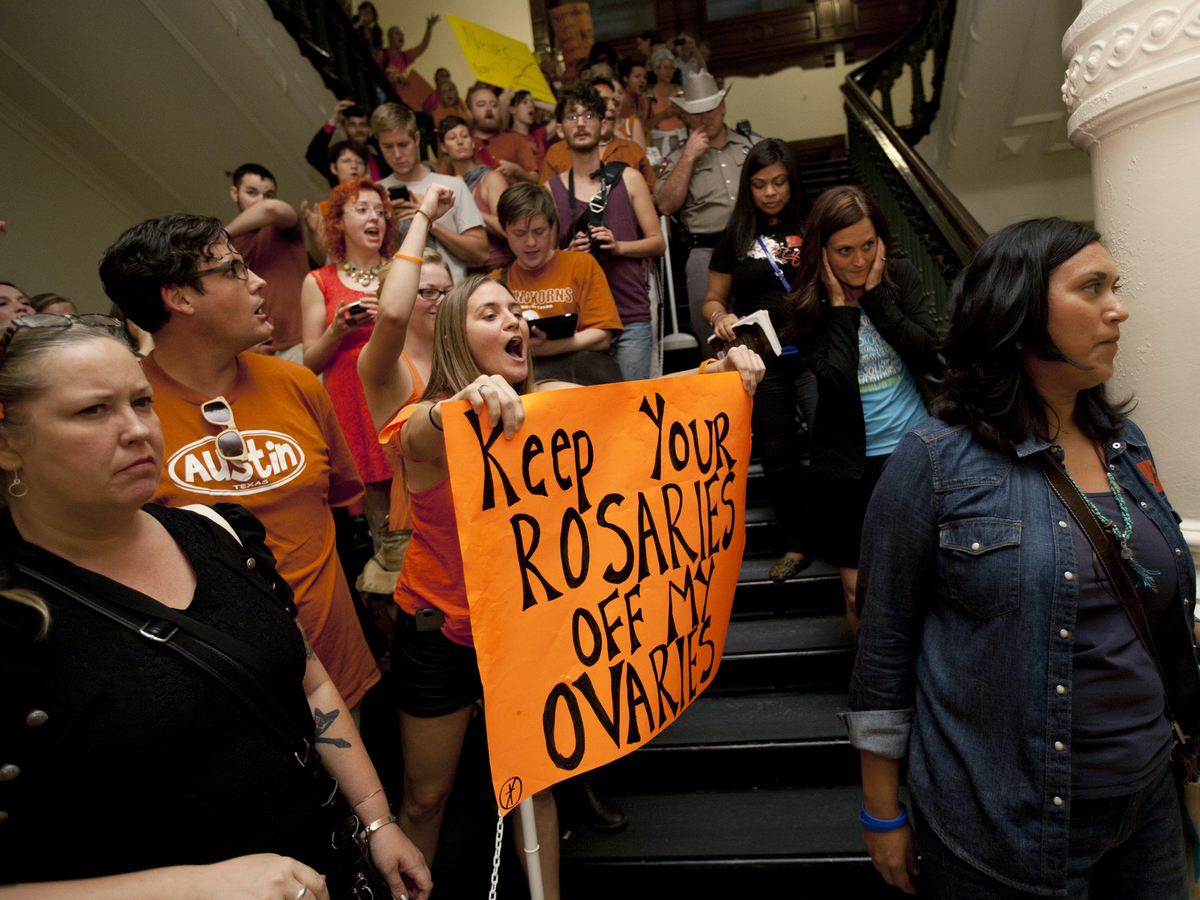 Abortion rights advocates protesting in the State Capitol in Austin, Texas, in 2013.

A federal judge in Texas has overturned a ban on a commonly used second-trimester abortion procedure, dealing another blow to efforts to restrict abortion in that state.

U.S. District Court Judge Lee Yeakel's ruling followed a temporary injunction issued in August preventing Texas from outlawing the procedure known as dilation and evacuation, often referred to as "D&E." That injunction came on the day before the ban was to have gone into effect.

The Texas law, known as Senate Bill 8 and signed by Gov. Greg Abbott earlier this year, was challenged in a lawsuit brought by abortion providers. They argued that the ban would require women seeking to terminate their pregnancies to undergo additional "unnecessary, invasive, and potentially painful medical procedures, in order to access their constitutional right to an abortion," before beginning a D&E procedure.

"The court is unaware of any other medical context that requires a doctor — in contravention of the doctor's medical judgment and the best interest of the patient — to conduct a medical procedure that delivers no benefit to the woman," Yeakel wrote.

The judge's ruling comes on the day his temporary injunction was to have expired.

"During a five-day trial this month in district court, we created a record unlike any other in exposing the horrors of dismemberment abortions. No just society should tolerate the tearing of living human beings to pieces," Paxton said in a written statement.

But Yeakel said that the bill impinges on the constitutional rights of women seeking a second-term abortion.

"The court concludes the Act is an inappropriate use of the State's regulatory power over the medical profession to bar certain medical procedures and substitute others in furtherance of the State's legitimate interest in regulating the medical profession in order to promote respect for the life of the unborn. The State's valid interest in promoting respect for the life of the unborn, although legitimate, is not sufficient to justify such a substantial obstacle to the constitutionally protected right of a woman to terminate a pregnancy before fetal viability."

Yeakel added that at least seven other states have passed laws banning dilation and evacuation abortions. Courts in four states — Alabama, Arkansas, Kansas and Oklahoma — have prevented those laws from taking effect. A legal challenge is pending in Louisiana. Similar laws in Mississippi and West Virginia have not been contested.

The ruling was praised by abortion rights advocates.

"Today, facts and the rule of law once again prevailed over an unrelenting and coordinated political agenda against American women's health and well-being. The court's decision once again makes clear that politicians cannot force their way into private medical decisions that should stay between patients and physicians," said Nancy Northup, president and CEO of the Center for Reproductive Rights, in a statement.