Accessibility links
Texas Woman Charged With Mailing Explosives To State's Governor And Obama : The Two-Way A 46-year-old woman in Texas has been charged with mailing explosives to Gov. Greg Abbott and then-President Obama. Authorities say the devices could have seriously injured or even killed someone. 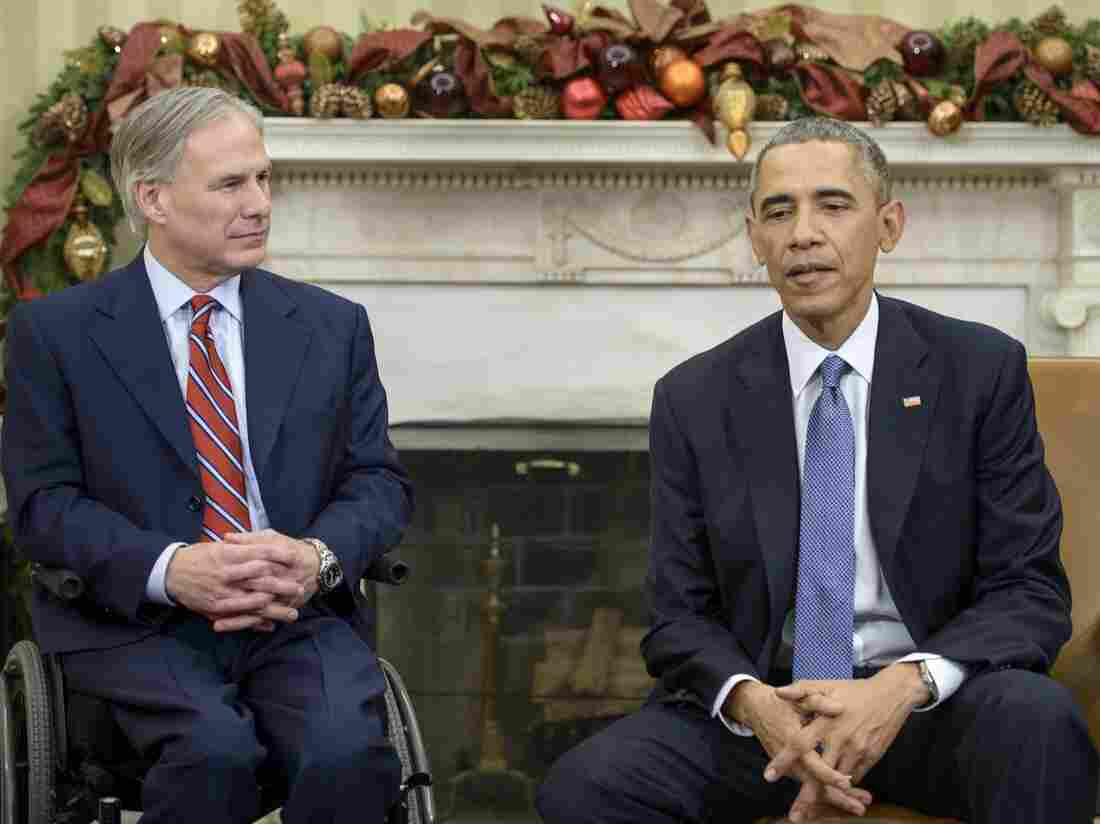 Only Gov. Abbott, pictured here with Obama, opened the package. But because it was not opened as designed, the homemade device did not explode. Brendan Smialowski /AFP/Getty Images hide caption 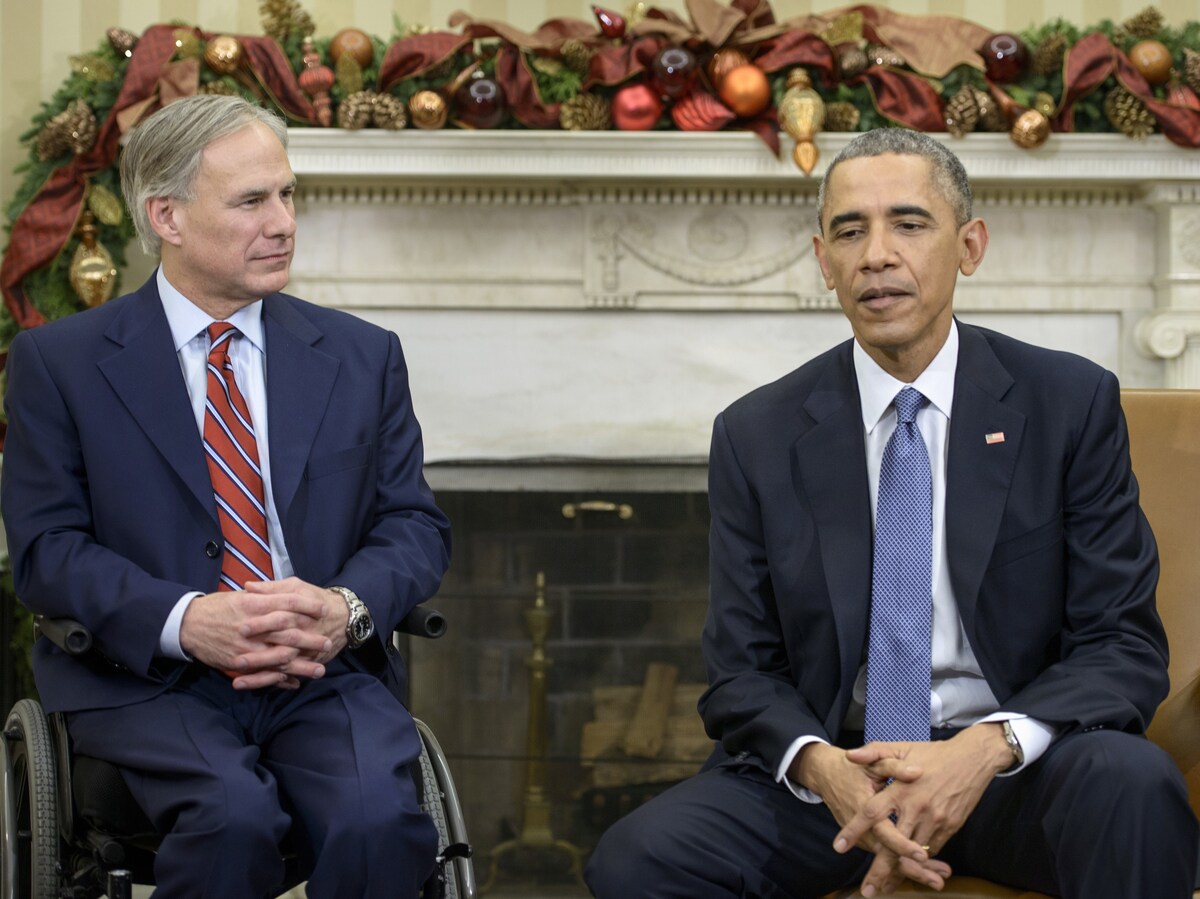 Only Gov. Abbott, pictured here with Obama, opened the package. But because it was not opened as designed, the homemade device did not explode.

Julia Poff, a 46-year-old woman in Sealy, Texas, has been accused of mailing homemade explosives to then-President Obama and Texas Gov. Greg Abbott in October 2016. A third package went to the Social Security Administration.

Only Abbott opened the package, but according to documents filed in court in Texas this week, "it failed to explode because he did not open it as designed." Had the device exploded, the documents state that it could have caused "severe burns and death" to the state's Republican governor.

The federal agent assigned to the case testified that the package had an "obliterated shipping label" for an EBay order that was sent to Julia Poff, which led authorities to her address. They found a garage full of fireworks, and a number of pieces of evidence, including a salad dressing bottle cap in the explosive device that matched salad dressing witnesses say Poff had used for her anniversary dinner, and packaging for Pall Mall red cigarettes containing pyrotechnic powder, later found at her home.

The package sent to Obama also included a cat hair "microscopically consistent" with the hair of one of Poff's cats.

Court documents say that Poff was known to be critical of both Obama and Abbott. She had also applied for Social Security benefits and been denied.

Throughout the investigation and grand jury hearing, Poff tried to learn the identity of witnesses talking to the FBI, and told her friends not to talk to investigators.

Because of those efforts, and because she was deemed a flight risk, Poff was not released on bail. She faces a total of six federal charges, including false declaration of bankruptcy and Supplemental Nutrition Assistance Program (SNAP) fraud.

Poff has pleaded not guilty to the charges, according to a report from a Houston television station. Her attorney declined to comment, according to the same local media report.