Accessibility links
What's $800 And Already Sold Out? This Lego Star Wars Ship : The Two-Way Released solely to Lego's "VIP" list, the Millennium Falcon sold out quickly after its September release. The company promises more models through December, but only for its most loyal customers.

What's $800 And Already Sold Out? This Lego Star Wars Ship

What's $800 And Already Sold Out? This Lego Star Wars Ship 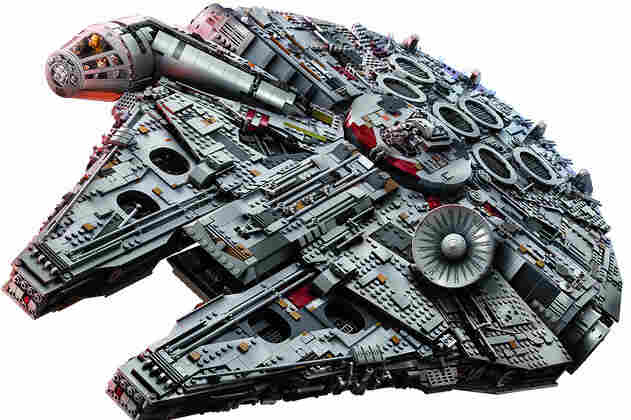 Legos have been reliably popular holiday gifts. But fans will have to wait for this 7,500-piece Millennium Falcon. It's sold out, and even when in stock, currently only available to VIP customers. Jim van Gulk/Lego hide caption 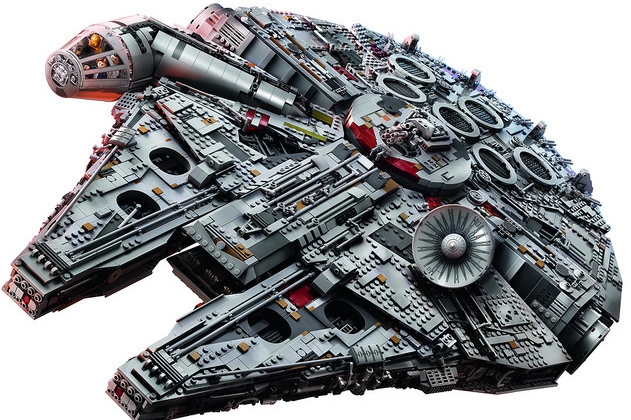 Legos have been reliably popular holiday gifts. But fans will have to wait for this 7,500-piece Millennium Falcon. It's sold out, and even when in stock, currently only available to VIP customers.

It made the Kessel Run in less than 12 parsecs. But a new buildable version of Han Solo's famous Millennium Falcon is currently stalled.

Those hoping to snag one of Lego's new Star Wars sets for the 2017 holidays will likely be disappointed. It's currently sold out online. After a September release only to its VIP list, the company promises it's working as fast as it can to "make more sets available and keep our LEGO builders happy." At a cool $799.99 and more than 7,500 pieces, it's the expensive, easy-to-lose gift that keeps on giving.

Daisy Ridley, the actress who plays heroine Rey in Episode VII: The Force Awakens, answers fan questions while constructing a smaller and less expensive version of the Lego Millennium Falcon.

The ship is big. Once constructed, it's longer than the width of a grown man's shoulders — at least the shoulders of Lego employee Hans, pictured in this video explanation. Cashing in on the nostalgia surrounding not only the Star Wars franchise, but also its own toy brand, this is the 10th anniversary edition of Lego's first Falcon set, according to the video.

Lego Falcon owners have taken to fan blogs and Twitter to show off their constructions.

And, as is to be expected, the video offerings attached to #FalconBuild are numerous and sometimes painstaking productions. Options include multiple "un-boxing" ceremonies, a seven-episode series of real-time builds generally lasting about two hours, and high-quality time-lapse versions.

The "lucky" ones who claimed one during the first sale leave this Two-Way blogger with one thought: You're building that thing? You're braver than I thought.