Accessibility links
Trump Says He Passed On Being 'Person Of The Year.' 'Time' Says He's 'Incorrect' : The Two-Way The president went on Twitter to say Time magazine "probably" was going to name him Person of the Year but he would have had to do a photo shoot and interview. Time said that's not the case. 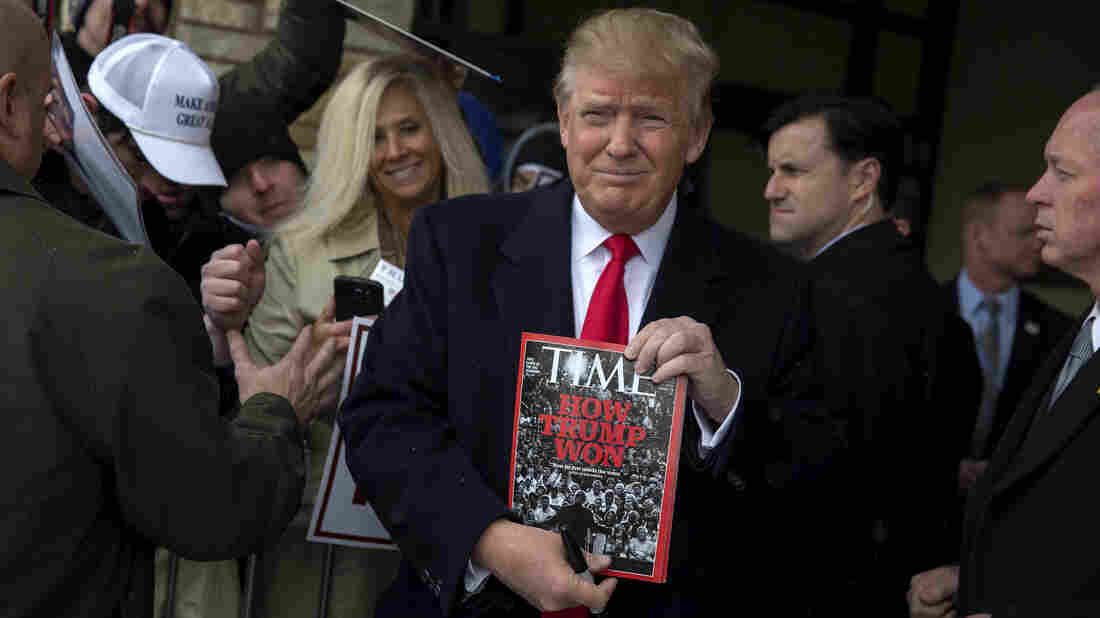 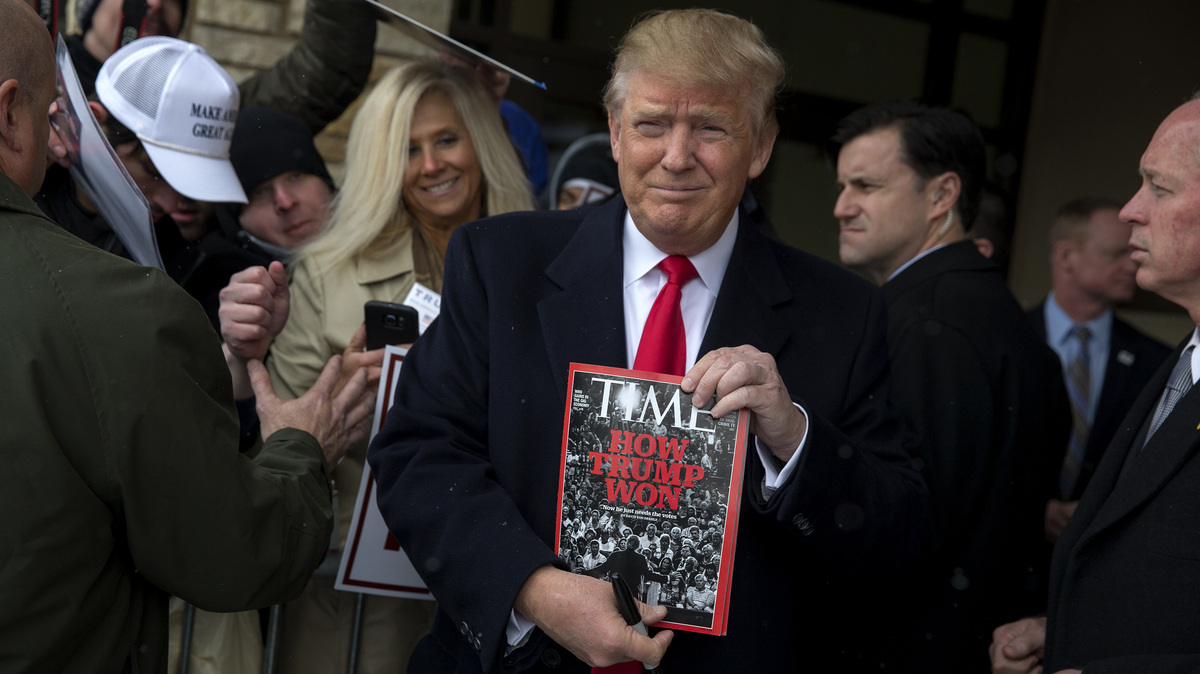 President Trump took to Twitter Friday afternoon to say he passed on possibly being Time's Person of the Year because he didn't want to agree to an interview and photo shoot.

The magazine tweeted a few hours later that that wasn't the case:

The President is incorrect about how we choose Person of the Year. TIME does not comment on our choice until publication, which is December 6.

Trump was named Time's Person of the Year last year, which he called a "tremendous honor" at the time.

The yearly title isn't necessarily a mark of praise but rather an acknowledgment of influence. "[T]he person or persons who most affected the news and our lives, for good or ill, and embodied what was important about the year, for better or for worse," a former managing editor of the magazine wrote. Adolf Hitler and Joseph Stalin have both been featured in the role.

In June, The Washington Post noted that fake covers of Time magazine featuring Trump hang in at least four of his golf clubs.

The Person of the Year will be announced Dec. 6.