Accessibility links
Ash Fills The Sky As Bali's Mount Agung Erupts : The Two-Way The volcano on the Indonesian tourist island covered nearby villages with a thin layer of ash. 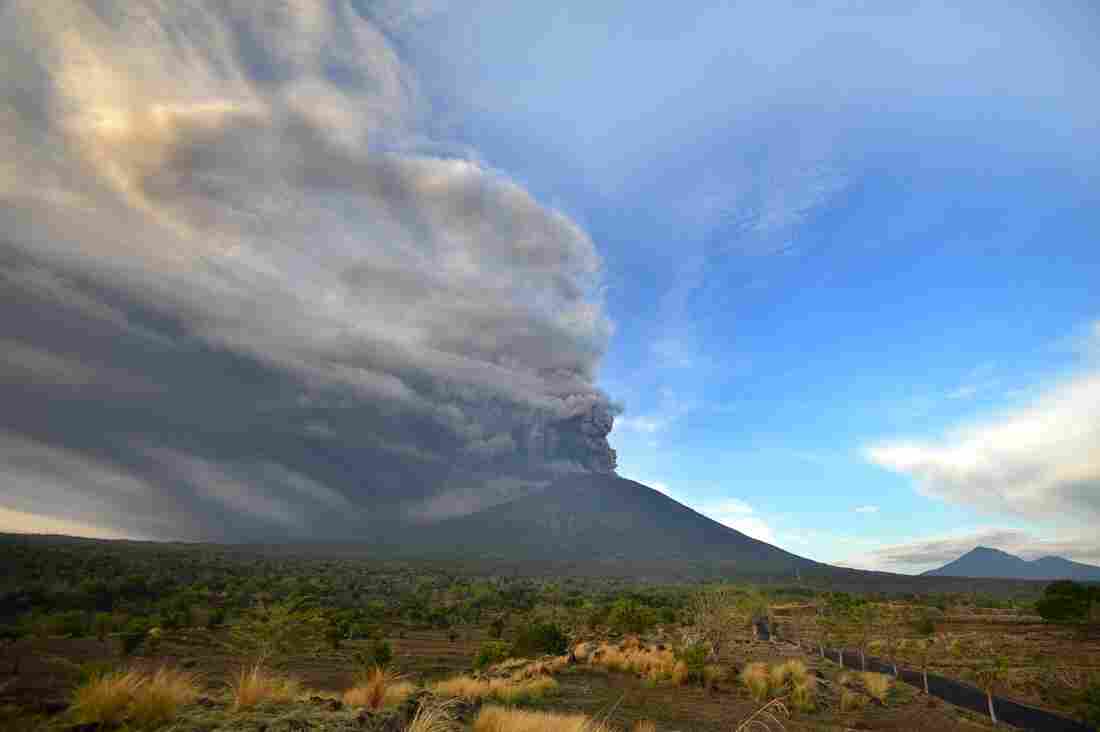 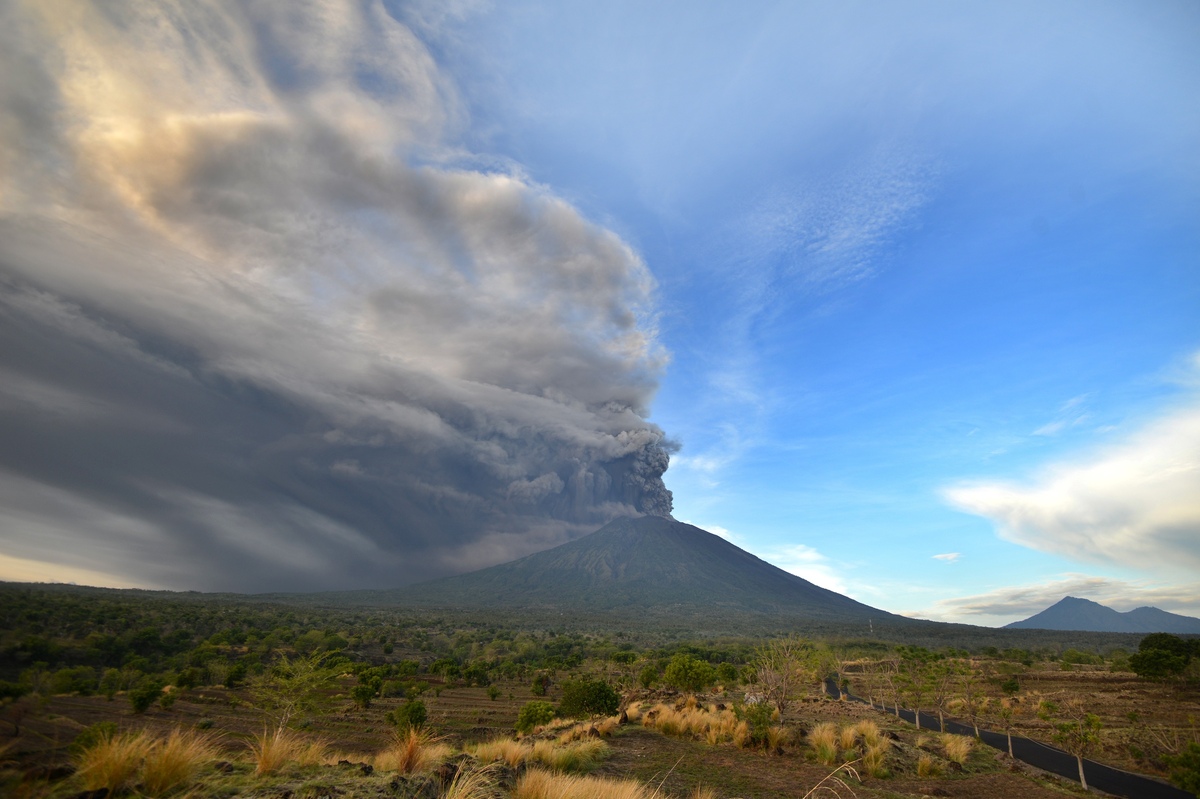 Ash pours from Mount Agung during an eruption on Indonesia's resort island of Bali on Sunday.

Clouds of ash filled the air around Bali's Mount Agung after the volcano erupted on Saturday and multiple times on Sunday.

Indonesia's National Disaster Management Authority said dark gray clouds reached heights of more than 13,000 feet in the air around the volcano, located in the east of the Indonesian island.

"Bali is safe just keep away from disaster prone areas," the agency wrote on Twitter.

The government agency warned people within about 4 miles of the volcano to leave. It said ash as thick as half a centimeter was reported in several nearby villages, The Associated Press says, while soldiers and police handed out masks.

"The activity of Mount Agung has entered the magmatic eruption phase, it is still spewing ash at the moment, but we need to monitor and be cautious over the possibility of a strong, explosive eruption," volconologist Gede Suantika told Reuters. Suantika said the volcano could continue releasing ash for a month but he did not expect a major eruption, according to the AP.

On Sunday, airport authorities told the AP that flights in the area were back to normal.

Mount Agung, which reaches nearly 10,000 feet into the sky and is the highest point in Bali, erupted on Tuesday as well.

About 1,100 people died in the volcano's last major eruption in 1963. In September, more than 140,000 people evacuated following shallow volcanic earthquakes, the wire service says, before the alert was lowered at the end of October. Indonesia has more than 120 active volcanoes.

Bali is a popular destination for tourists, with close to 5 million visitors in 2016, according to the tourism office.