Accessibility links
Bitcoin Soars Toward Another Benchmark: $10,000 : The Two-Way In early October, a single bitcoin cost less than $5,000 on currency exchange sites. A year ago, one could be had for around $730.

Bitcoin Soars Toward Another Benchmark: $10,000

Bitcoin Soars Toward Another Benchmark: $10,000 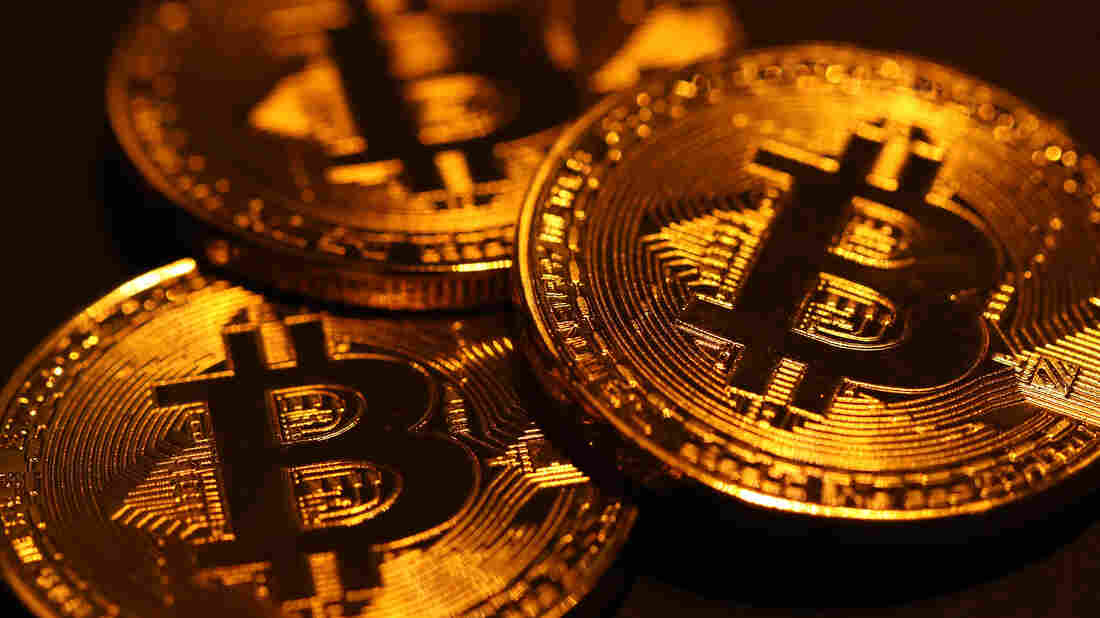 Bitcoin prices have spiked since October — and the cryptocurrency is now closing in on $10,000, leading the way for digital currencies that have seen huge gains in 2017. Dan Kitwood/Getty Images hide caption 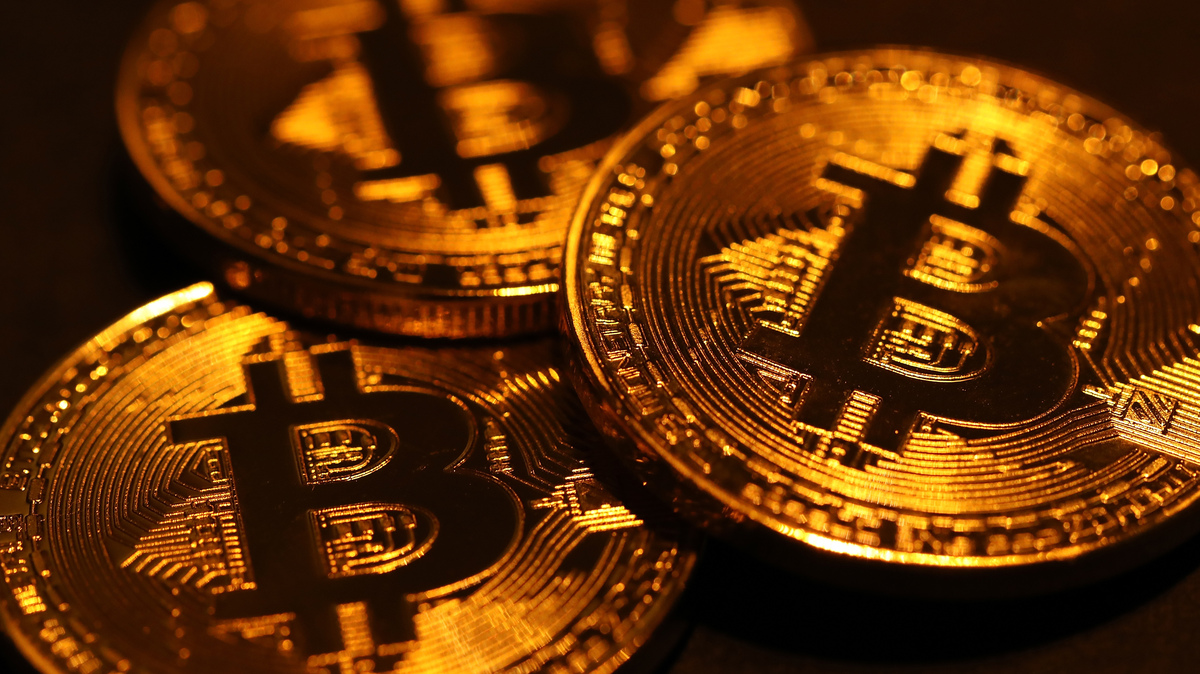 Bitcoin prices have spiked since October — and the cryptocurrency is now closing in on $10,000, leading the way for digital currencies that have seen huge gains in 2017.

Bitcoin's price has already spiked more than 1,000 percent in the past 12 months. Now it's flirting with another milestone: a $10,000 price for a single unit of the cryptocurrency.

Bitcoin's rise has been both meteoric and volatile, with surges in valuation often being driven by positive reports about its status. Earlier this year, for instance, Japan recognized bitcoin as an official method of payment. It has also continued to attract interest from investors.

In early October, a single bitcoin cost less than $5,000 on currency exchange sites. A year ago, one could be had for around $730. But as of 7 a.m. ET on Monday, the price for a bitcoin was $9,770, according to data from the Coinbase currency exchange.

The digital currency slipped below $9,700 after reaching that mark; the analyst site Coindesk (which is affiliated with Coinbase) says it expects bitcoin to pass "the psychological milestone of $10,000 today," citing recent momentum. The price roared past $9,000 over the weekend.

"Bitcoin's price has been helped in recent months by the announcement that the world's biggest derivatives exchange operator CME Group would start offering bitcoin futures," Reuters says. "The company said last week the futures would launch by the end of the year though no precise date had been set."

Another factor has been the move to split the original bitcoin segment into two currencies: bitcoin classic and bitcoin cash. That change, which became official in August, has allowed large trades in the currency to occur more frequently, while also promising to bolster its infrastructure.

When bitcoin surpassed $4,300 in August, the CryptoCoinsNews site declared a "flippening" was taking place, as bitcoin, with a market size of more than $70 billion, had gained "a greater total valuation than payment-processing behemoth PayPal."

Citing the current rise, CryptoCoins says the total market capitalization of all cryptocurrencies — led by bitcoin and its rivals, ethereum and Ripple — has now topped $300 billion for the first time, making them more valuable than Bank of America, which has a market cap of around $280 billion.

Investment analysts have often split on the issue of cryptocurrencies, citing their status as both an emerging technology and an emerging form of exchange and investment.

CNBC quotes Bob Doll, chief equity strategist at Nuveen Asset Management, saying, "I confess it's an area that to me feels speculative, but you might call me old or old-fashioned. It's been an amazing run, has it not?"