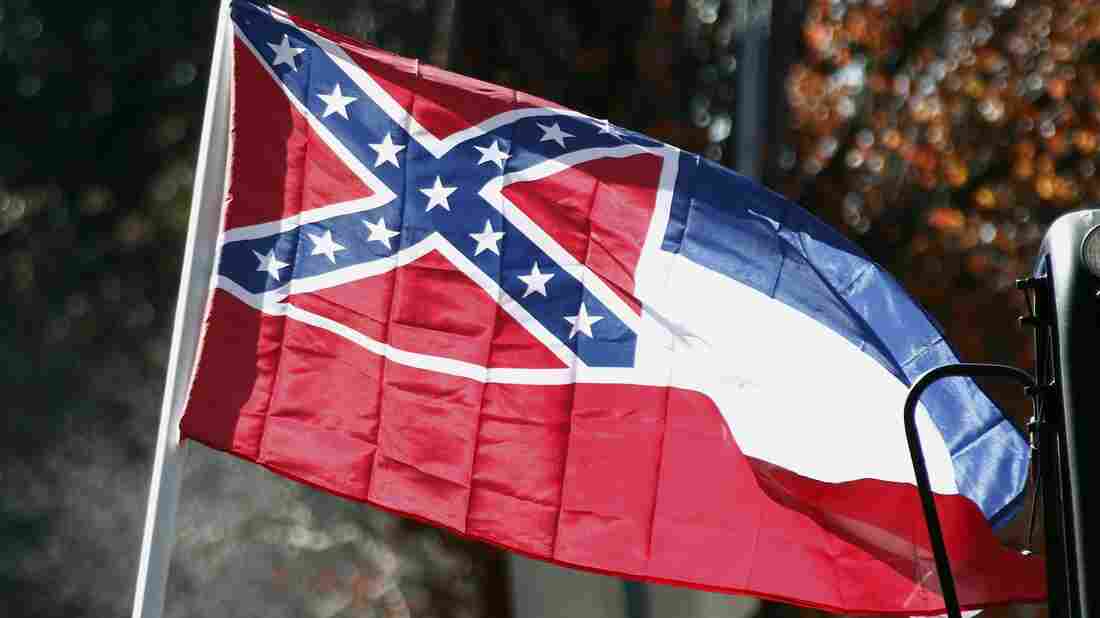 A state flag of Mississippi is unfurled by Sons of Confederate Veterans and other groups in 2016 on the grounds of the state Capitol in Jackson, Miss. Rogelio V. Solis/AP hide caption 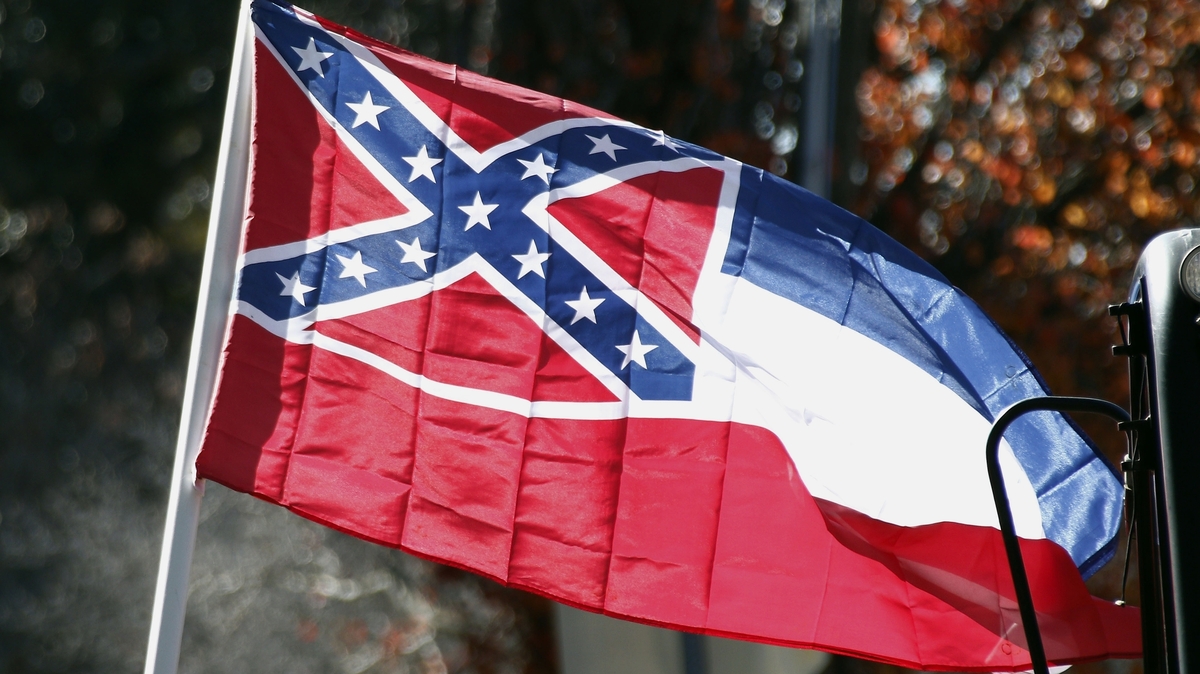 A state flag of Mississippi is unfurled by Sons of Confederate Veterans and other groups in 2016 on the grounds of the state Capitol in Jackson, Miss.

The U.S. Supreme Court has declined to take up a case challenging the use of a Confederate emblem on the Mississippi state flag.

Carlos Moore, an African-American lawyer from Mississippi who petitioned the court, had argued in court documents that the flag, visible in state buildings, courts and schools, symbolically expresses support for white supremacy. The flag incorporates the Confederate battle flag in its upper left corner.

The justices did not provide a reason for rejecting the appeal. A federal appeals court in April rejected the lawsuit owing to lack of standing, as NPR's Camila Domonoske explained:

"The central question was whether the man had standing to sue — which depended on whether he had experienced an 'injury in fact.' The appeals court didn't deny that the flag might have a deep and personal effect on the man. They said he demonstrated that he feels stigmatized.

"But feeling stigmatized, they said, isn't the kind of injury you can sue the state over."

In his appeal to the Supreme Court, Moore argued that the lower court interpreted the 14th Amendment's equal protection clause too narrowly.

He called for the Supreme Court to declare Mississippi statutes on how the flag should be designed and displayed as unconstitutional. He also wanted the justices to deem unconstitutional a statute that called for schoolchildren in the state — such as his own daughter — to be taught "proper respect" for the flag and for the " 'official pledge of the State of Mississippi,' which reads: I salute the flag of Mississippi and the sovereign state for which it stands with pride in her history and achievements and with confidence in her future under the guidance of Almighty God."

"The message in Mississippi's flag has always been one of racial hostility and insult and it is pervasive and unavoidable by both children and adults," Moore's appeal reads. "The state's continued expression of its message of racial disparagement sends a message to African-American citizens of Mississippi that they are second class citizens."

Moore said in court documents that for him, exposure to the flag is "painful, threatening, and offensive." He added that seeing the flag at courthouses creates a "hostile work and business environment."

In a Facebook post shared by his law firm on Monday, Moore praised his lawyers for "a valiant fight." He wrote: "If the state flag is to change it will be up to the people or the elected representatives. The public sentiment continues to change and I trust the flag will change in due season."

He told The Associated Press that he has received five death threats because of the lawsuit.

Moore's case was listed as one of dozens of cases that the Supreme Court decided not to take up, as is standard for the top court.

Mississippi has been embroiled in debates about the flag for years, as Camila has reported. "In 2001, the state voted to stick with the controversial design. But some official bodies — cities, counties and universities, including the flagship University of Mississippi — refuse to fly the banner."