Accessibility links
Uncertainty Reigns In Battle For Virginia House Of Delegates : The Two-Way Republicans applaud as the Virginia State Board of Elections certifies results in two district elections that preserve GOP control of the House of Delegates. Democrats haven't given up the fight. 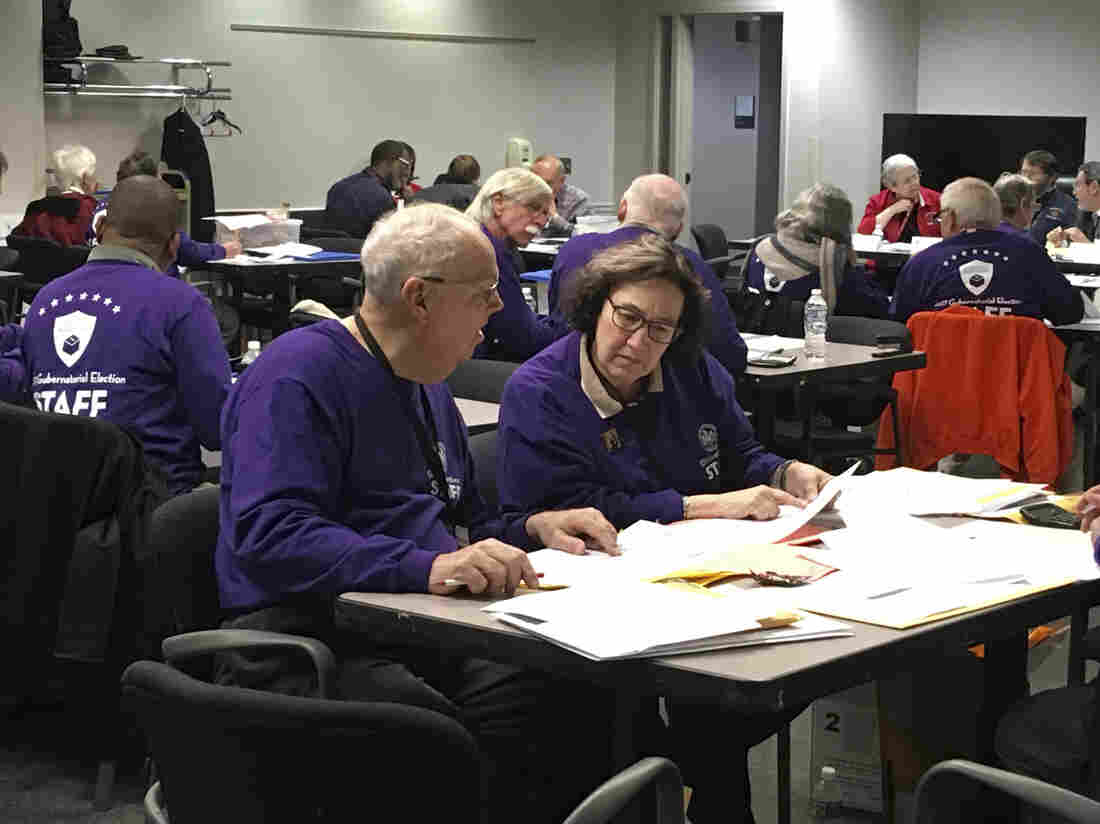 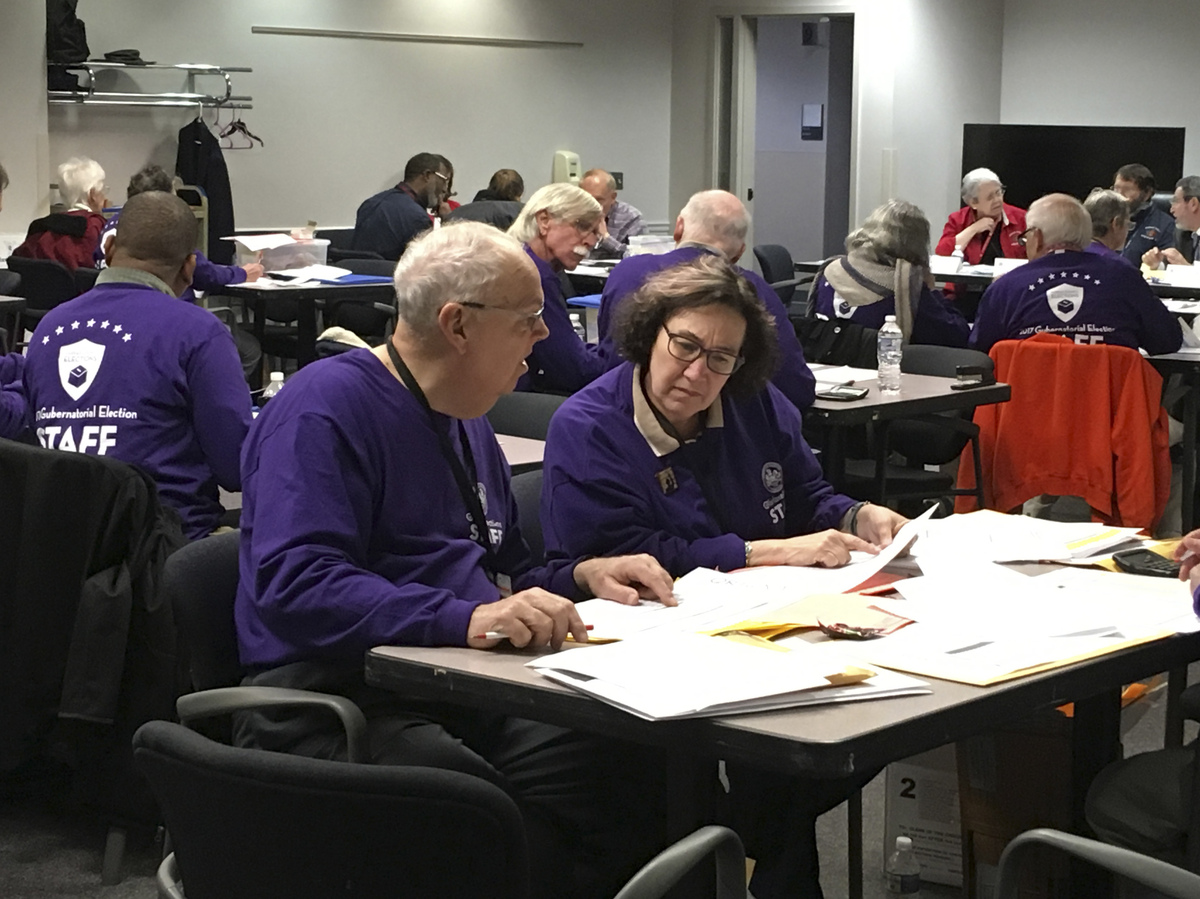 Three weeks after Election Day, Virginia Republicans hold on to the narrowest of margins for control of the state House of Delegates. But no one can predict for sure whether they can hang on to it.

That's because a surprisingly strong turnout by Democratic voters in elections earlier this month has produced tight races in three House districts. The tightest race, in the 28th House District, is snarled in controversy over the legitimacy of 147 votes.

The Republicans won a victory Monday when the State Board of Elections certified that two GOP candidates won elections in two adjoining districts — one of them the 28th — in the Fredericksburg area, about 50 miles south of Washington D.C. However, state election officials say that 147 people in those contests voted in the wrong district.

No one knows how that happened, and the person who might best have a clue to the mystery, the registrar, died in April of this year.

In the 28th, Republican Bob Thomas has an 82-vote edge over his Democratic opponent, Joshua Cole.

In a statement, Marc Elias, an attorney for the Virginia House Democratic Caucus, criticized the board's decision to certify the election results.

"The State Board acknowledged today what we have long known: the election results in House District 28 are marred by irregularities. Significantly, the Board formally adopted the Department of Elections' report concluding that at least 147 voters cast ballots in the wrong race, nearly twice the current 82-vote margin between Democratic nominee Joshua Cole and Republican nominee Bob Thomas," said Elias, adding that the Democrats will "assess our options."

GOP House Leader Kirk Cox, in a statement, said he was disappointed that it took the board a week to certify the election in the 28th District.

"Dragging this process out has only prolonged the important work that remains to be done by both sides in preparation for the 2018 General Assembly Session," he said.

As of now, the Republicans hold a 51-49 lead in the House of Delegates.

As NPR's Sarah McCammon reported on All Things Considered, the Democrats are likely to ask for recounts, especially in another close race, the 94th District, where Republican Del. David Yancey holds a 10-vote lead over Democrat Shelly Simonds.

Sarah also talked about the larger significance of the battle for control of the Virginia House of Delegates.

"Republicans didn't expect to be having this fight. They went into Election Day with nearly a two-thirds majority. But Democrats organized across the state, ran candidates in districts that hadn't had a Democrat on the ticket in years, and did surprisingly well up and down the ticket.

"There is a lot at stake: If Republicans lose control that would be a big symbolic victory for Democrats, and it could enable Democrats to pass legislation in at least one chamber and force a conversation about some of their major legislative goals like expanding Medicaid, which Virginia has not done. Either way, there was a Democratic wave here in Virginia this year. After the 2017 elections Republicans don't have the power they once had."

A previous version of this story incorrectly referred to Mark Elias as Mark Cole.