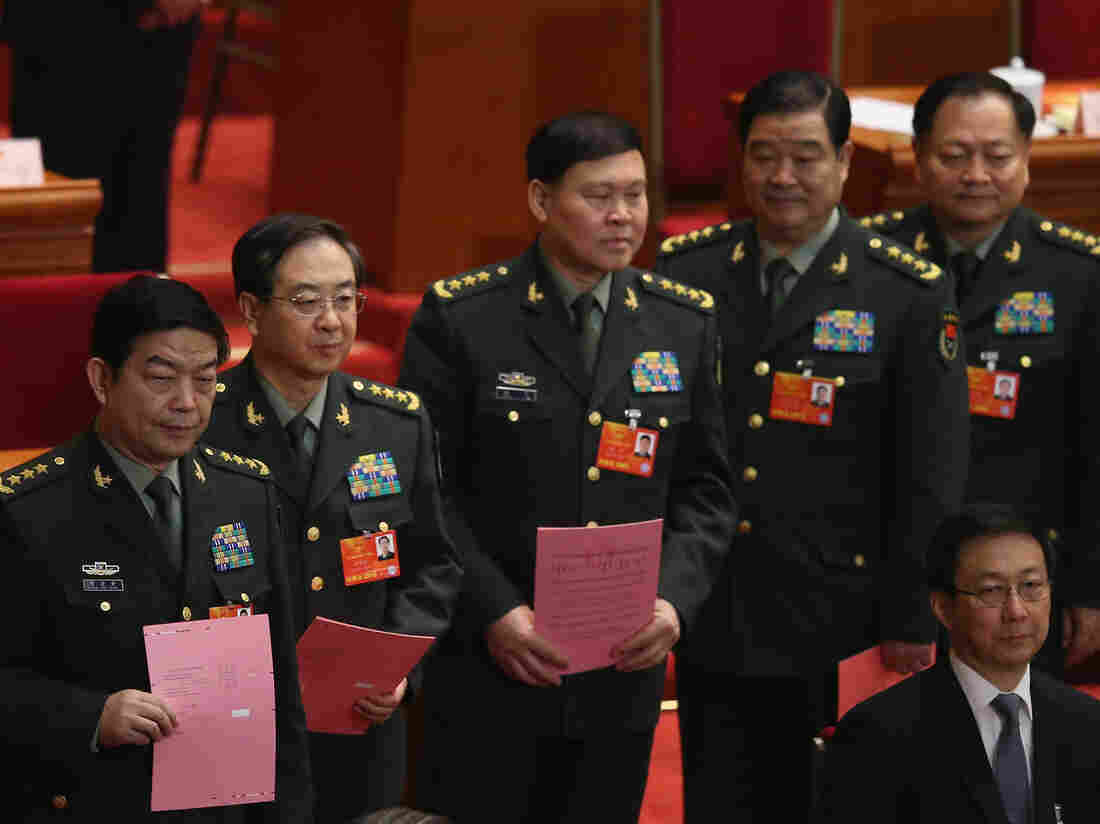 PLA Gen. Zhang Yang, center, at a meeting of the National People's Congress in March 2013 in Beijing. Zhang, who was under investigation for corruption, took his own life last week, state media reported. Feng Li/Getty Images hide caption 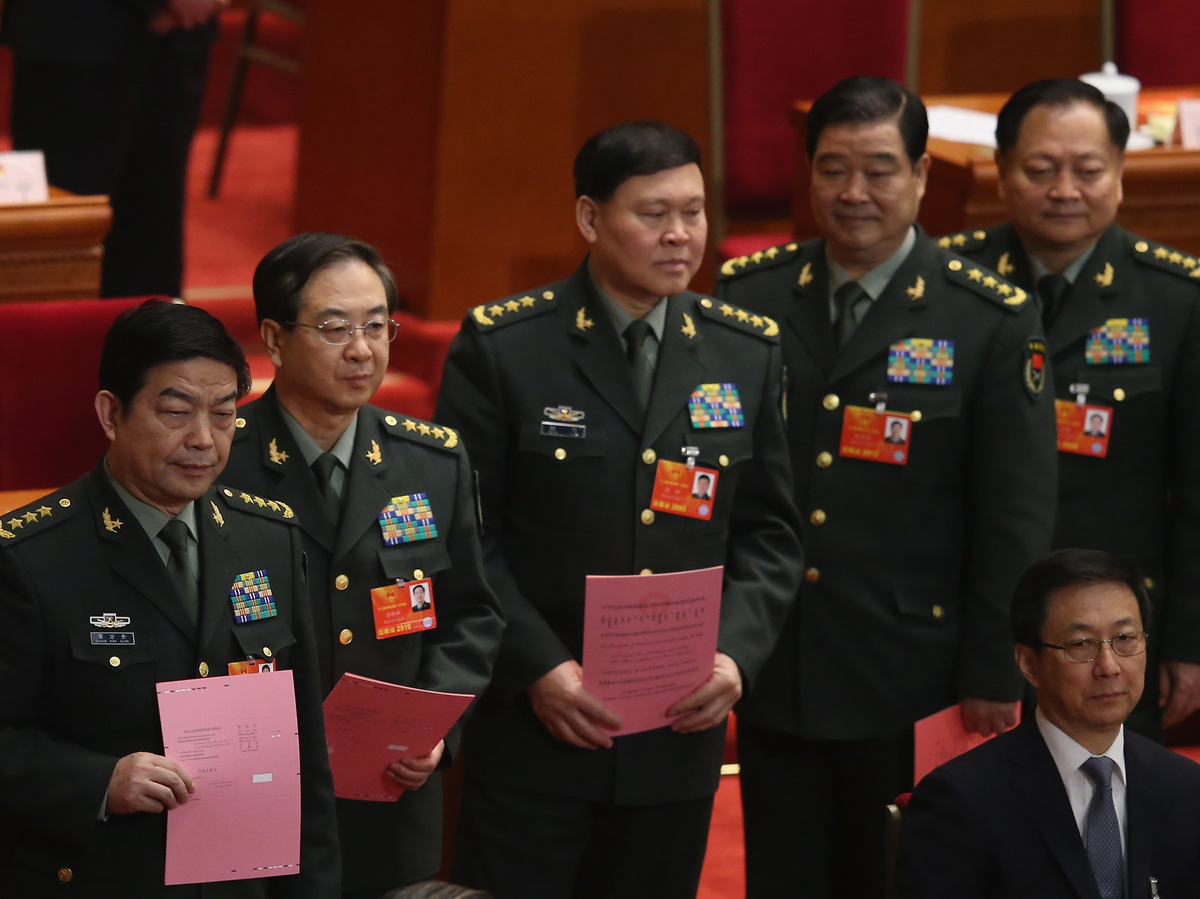 PLA Gen. Zhang Yang, center, at a meeting of the National People's Congress in March 2013 in Beijing. Zhang, who was under investigation for corruption, took his own life last week, state media reported.

The South China Morning Post, quoting China's state media reports that Zhang, 66, a former head of the powerful Central Military Commission's (CMC) political work department, "hanged himself at his home in Beijing on the morning of November 23, and the news of his death had been relayed to all People's Liberation Army theatre commands."

Xinhua said Zhang had "serious disciplinary violations," something the Post describes as "euphemism for corruption." NPR's Rob Schmitz, reporting from Shanghai, says the general "had disappeared from public sight more than two months ago amidst a crackdown on corruption within military ranks launched by Chinese leader Xi Jinping."

Zhang had ties to Gen. Xu Caihou, the former head of the army's political department, and Gen. Guo Boxiong, a former vice-chairman of the CMC. Both were accused of corruption — Xu died of cancer before he could be imprisoned and in July 2016, Guo was given a prison term of life.

The Financial Times reports that "Zhang was left off a list published in September by the People's Liberation Army Daily of CMC members attending October's Communist party congress. Earlier that month, Hong Kong newspaper Sing Tao Daily had reported, without naming any sources, that Zhang was one of two top military officials being investigated on suspicion of violating party discipline."

While it is unknown what, if any, specific charges might eventually have been leveled against Zhang, Guo was found guilty of accepting "huge amounts of bribes" and using his position to "assist the promotion of others," Xinhua reported last year, according to The Diplomat.

In China, President Xi Jinping Unveils Country's Leaders For The Next Five Years

Both Xu and Guo had been promoted through the ranks party on the recommendation of former Chinese President Jiang Zemin.

"Xi Jinping's decision to persecute both Xu and Guo after their retirement reflects his determination to put an end to the dominance of Jiang Zemin (his own patron) over the military. As far as the cleaning up of corruption in the Chinese military is concerned, however, this is just the beginning," The Diplomat wrote at the time Guo was dismissed from the military in 2015.

NPR's Anthony Kuhn, reporting in 2014, noted of the crackdown on the military: "China's leaders are worried that graft may be one of the most serious challenges to its armed forces' effectiveness. And they are aware that the double-digit increases in military spending are only making the problem worse."

Anthony adds in a separate story from 2016:

"The anti-corruption drive has boosted Xi's popularity among the graft-weary populace. It has also cast a chill over some sectors of the economy — luxury goods, restaurants — that benefited from the wheeling and dealing of businessmen and officials.

But Xi's administration has admitted that deeper structural reforms will be needed to address the root causes of corruption, and those measures have not yet taken shape. Corruption remains rampant in daily life, such as the state-dominated health and education sectors, where citizens have to pay bribes to get access to top schools and hospitals."