Accessibility links
'Ghost Ships' Turn Up Along Japanese Coast, Likely From North Korea : The Two-Way A number of small wooden boats have washed ashore recently, including some with dead bodies on board. The Japan Coast Guard says it is stepping up its patrols to guard against "suspicious boats." 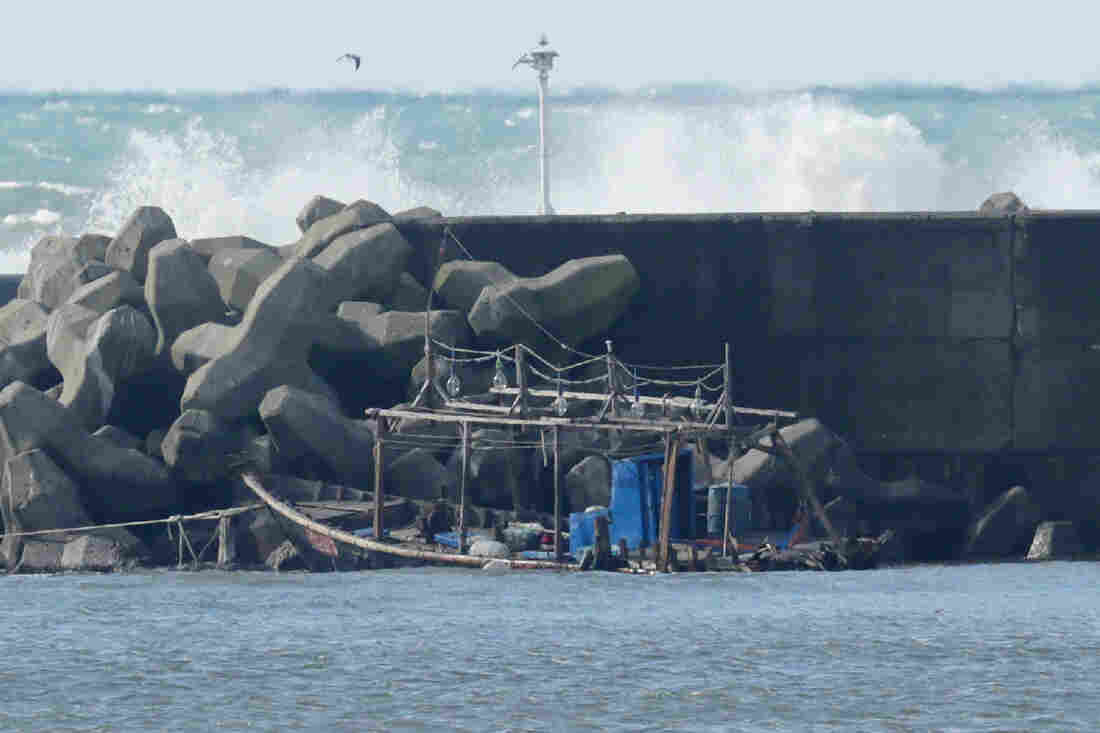 The wreckage of a boat is seen along a sea wall in Yurihonjo in Japan's Akita Prefecture on Friday. A number of boats thought to be from North Korea — including some carrying dead bodies — have washed up the Japanese coast in recent weeks. AFP/Getty Images hide caption 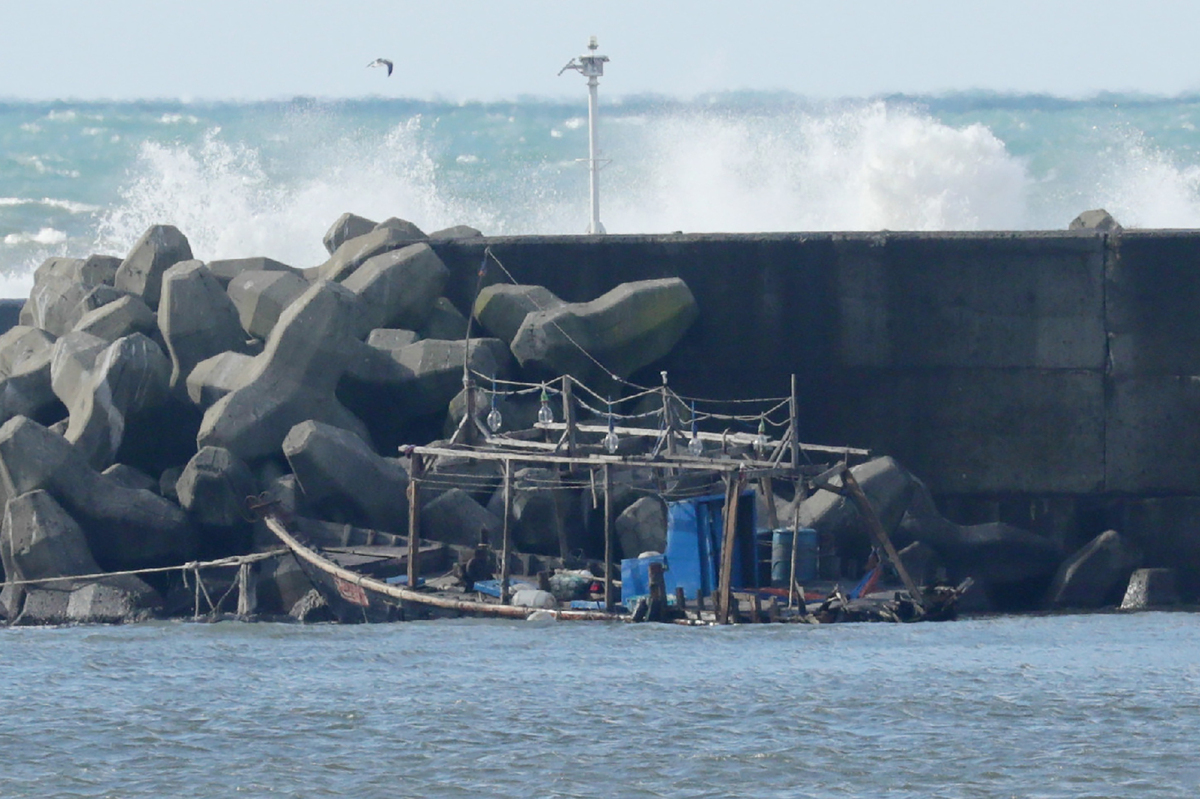 The wreckage of a boat is seen along a sea wall in Yurihonjo in Japan's Akita Prefecture on Friday. A number of boats thought to be from North Korea — including some carrying dead bodies — have washed up the Japanese coast in recent weeks.

A small wooden boat washed ashore in the Akita prefecture of Japan on Monday. Inside the ghost ship were the bodies of eight people, partially skeletonized.

The Japan Coast Guard said it was working to determine the nationalities of the dead, but a Japanese Coast Guard official told The Associated Press that one of the men was holding North Korean currency.

The boat washed ashore some 45 miles north of where another boat came ashore last week with eight men who said they were from North Korea, Reuters reports. They had been stranded with their squid catch, according to the AP.

Also this month, the coast guard reportedly rescued three North Korean fishermen whose boat had capsized. The bodies of two men were found on the shore of an island in the Sea of Japan, and Reuters says North Korean cigarettes and life jackets bearing Korean lettering were found nearby.

In response, the Japan Coast Guard says it is stepping up its watch.

"The coast guard and police have to cooperate to step up sea patrols around Japan," chief government spokesman Yoshihide Suga told the AP on Tuesday. "The government intends to improve this to ensure we can guard against suspicious boats or people arriving in Japan."

Satoru Miyamoto, a professor at Japan's Seigakuin University, told CNN there has been an increase in boats washing ashore in Japan in recent years.

"It's after Kim Jong Un decided to expand the fisheries industry as a way of increasing revenue for the military. They are using old boats manned by the military, by people who have no knowledge about fishing," Miyamoto told the broadcaster. "It will continue."

Trump Designating North Korea As A State Sponsor Of Terrorism

Seo Yu-suk, research manager of North Korean Studies Institution in Seoul, told Reuters that the incidents could be the result of food shortages in North Korea and old boats that are vulnerable to bad weather.

"North Korea pushes so hard for its people to gather more fish so that they can make up their food shortages," he said.

The recent spate of stray vessels is reminiscent of late 2015, when 12 wooden boats carrying decaying bodies were found along Japan's coast in the span of two months.

It's not always clear whether those aboard might have been gathering food or looking to defect. CNN reports that some North Korean fishermen rescued earlier in the month by Japanese authorities were returned to that country at the men's request.