Accessibility links
Trump Wins Opening Round In Legal Battle Over Consumer Watchdog Agency : The Two-Way The White House is seeking to assert control over the Consumer Financial Protection Bureau, which was created to help people in disputes with big financial firms, after its director resigned. 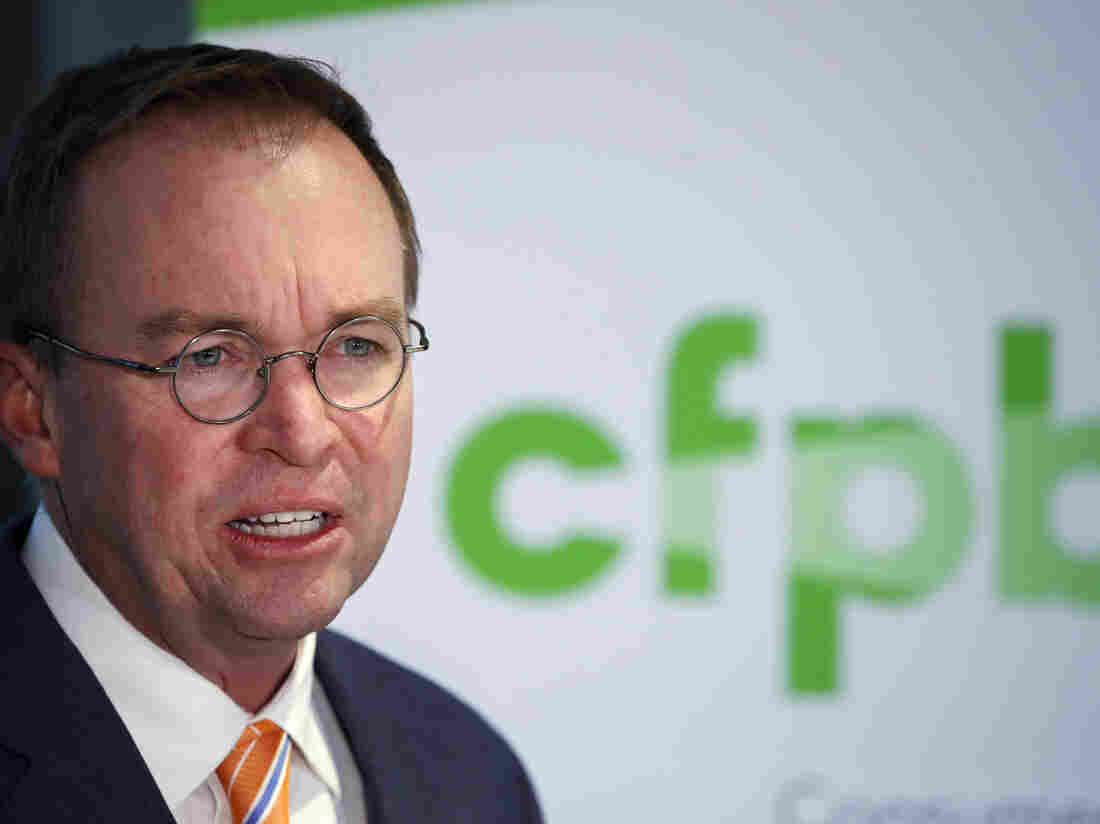 Mick Mulvaney speaks at a news conference after his first day as acting director of the Consumer Financial Protection Bureau on Monday. Jacquelyn Martin/AP hide caption 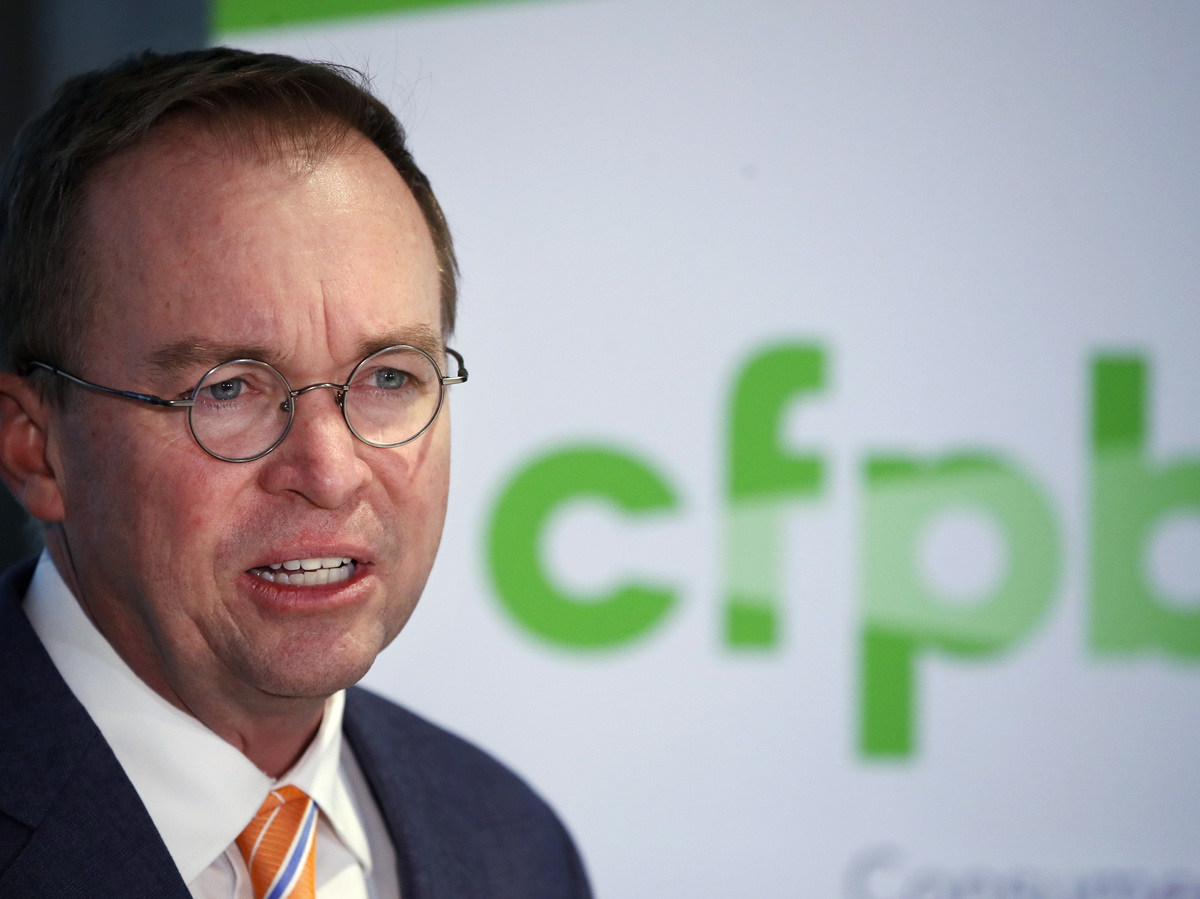 Mick Mulvaney speaks at a news conference after his first day as acting director of the Consumer Financial Protection Bureau on Monday.

A federal court has denied a request for a temporary restraining order sought by an Obama-era appointee seeking to block the Trump administration from assuming control of the Consumer Financial Protection Bureau.

The ruling by U.S. District Court Judge Timothy Kelly is a victory for President Trump, who appointed White House Budget Director Mick Mulvaney to take charge of the CFPB after the resignation of its previous director, Richard Cordray.

Cordray had attempted to appoint Leandra English, the CFPB's deputy director, as his successor. That move set the stage for a power struggle with the White House over who will run the federal agency designed to represent consumers in disputes with major financial institutions over issues such as credit cards, checking accounts and debt collections. English sued, asking a judge for an order blocking Mulvaney from taking over the CFPB while the case is adjudicated.

Sen. Elizabeth Warren, D-Mass., who spearheaded the creation of the CFPB, told Reuters earlier that she had "no doubt" there would be an appeal no matter which way Kelly ruled.

The CFPB was created in the aftermath of the financial meltdown under the 2010 Dodd-Frank Act. English argued that the law laid out a succession plan naming the deputy director to run the agency until the Senate approved a White House nominee.

But the administration argued that the 1998 Presidential Vacancies Reform Act granted the president the right to appoint a temporary successor.

Kelly, who is a Trump appointee, sided with the administration in rejecting the request for a temporary restraining order.

"On its face, the [Federal] Vacancies Reform Act does appear to apply" to the appointment of acting director at CFPB, said the judge.

"The Administration applauds the Court's decision, which provides further support for the President's rightful authority to designate Director Mulvaney as Acting Director of the CFPB. It's time for the Democrats to stop enabling this brazen political stunt by a rogue employee and allow Acting Director Mulvaney to continue the Bureau's smooth transition into an agency that truly serves to help consumers."