Accessibility links
Bali's Airport To Reopen As Volcano Continues To Belch And Rumble : The Two-Way As Mount Agung continues to erupt, the main airport at Denpasar reversed course and reopened after a three-day closure.

Bali's Airport To Reopen As Volcano Continues To Belch And Rumble

Bali's Airport To Reopen As Volcano Continues To Belch And Rumble 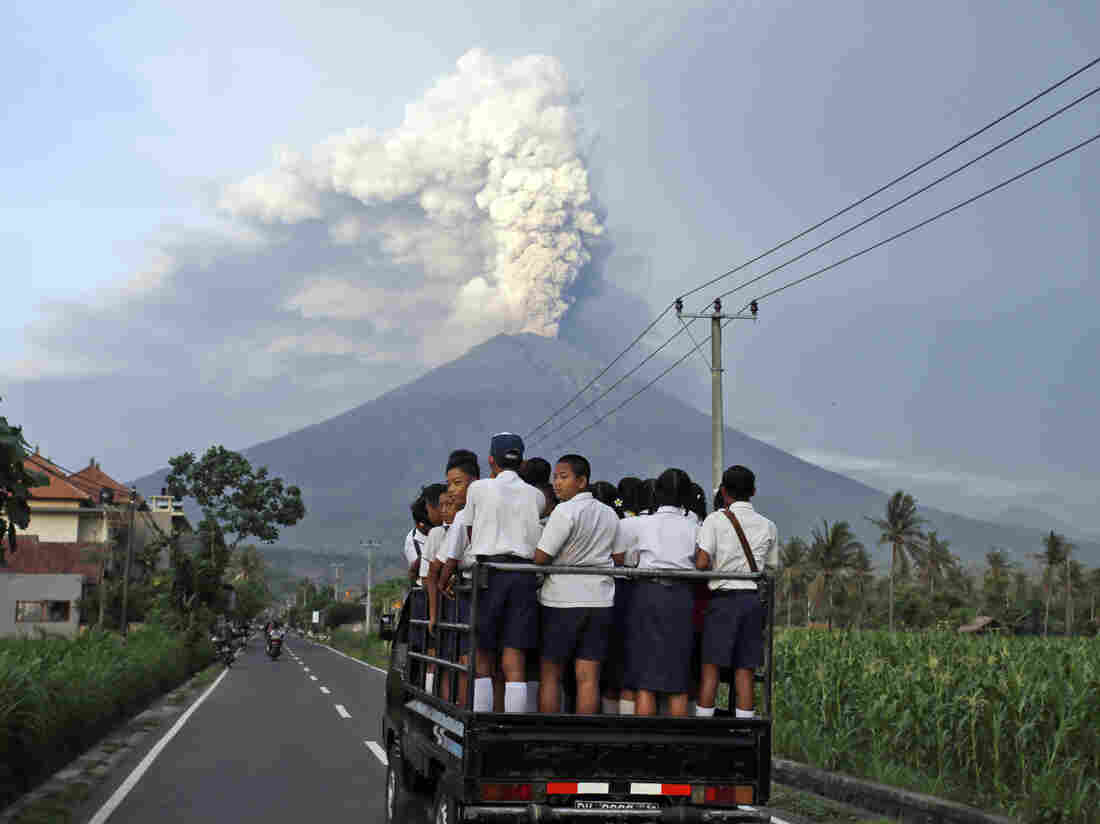 Students stand on a truck as they head to school with Mount Agung volcano spewing smoke and ash in Karangasem, Bali, Indonesia, on Tuesday. Firdia Lisnawati/AP hide caption 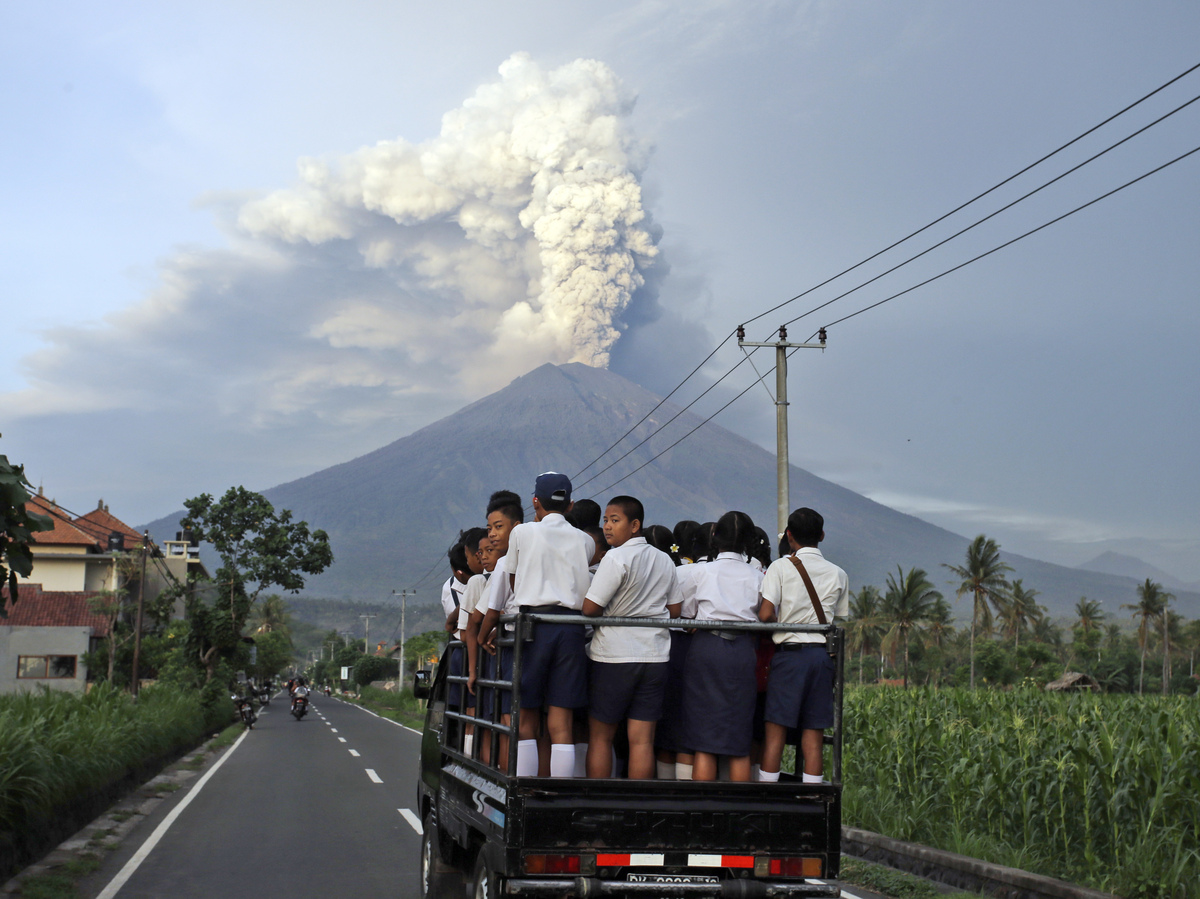 Students stand on a truck as they head to school with Mount Agung volcano spewing smoke and ash in Karangasem, Bali, Indonesia, on Tuesday.

The airport on Indonesia's major tourist island of Bali has temporarily reopened after a three-day shutdown, even as an erupting volcano continues to spew ash, blocking flight paths and prompting evacuation calls.

Shortly after officials had extended closure of the airport at Denpasar for another day, they suddenly reversed their decision and announced that it would reopen.

"The airspace will be re-opened" from 3 p.m. local time, Bali Ngurah Rai airport spokesman Arie Ahsanurrohim was quoted by Agence France-Presse as saying.

Earlier, Arie said airport officials "evaluate the spread of volcanic ash and the direction of the wind every six hours," according to news agency Antara.

Indonesia Tries To Evacuate 100,000 People Away From Erupting Volcano On Bali

Mount Agung, which has seen increased activity in recent months, started showing ominous signs a week ago followed by an eruption on Saturday that began spewing gray and white ash, obscuring flight paths and prompting officials to call for evacuations.

"Increased seismic activity was detected at the volcano overnight following reports on Tuesday evening of a 30-minute tremor inside the crater after a series of small eruptions that began last week," according to Wednesday's Sydney Morning Herald.

With a larger eruption possible, the sudden move to reopen the airport seemed aimed at quickly clearing out stranded tourists, many from China and Australia, who together make up the vast bulk of foreign arrivals in Bali.

"All the Chinese people here feel [it is] dangerous [because of] the mountain," Richard Cao was quoted by Reuters as saying. "You know in China we don't have such a mountain and it is the first time we faced this kind of problem."

Earlier, Australian Lisa White told the AP that just being in Bali was a good thing.

"We can't complain," she said. "It's annoying, but there're worse things that could happen."

About two dozen villages in a 7.5-mile radius around the base of Agung have been urged to leave — about 100,000 people in total.

The Disaster Mitigation Agency in Karangasem says that some 40,000 people are housed in 225 shelters.

"Ash has covered my house on the floor, walls, banana trees outside, everywhere," Wayan Lanus, who fled his village in Buana Giri with his wife and daughter, was quoted by The Associated Press as saying.

However, tens of thousands of villagers have chosen to stay either because they feel safe, or want to protect their property, AP says.

This marks the second time in recent months that evacuations around Agung have been called. In September, 144,000 people heeded a government warning to leave, only to be told to return days later.