Accessibility links
His Sentence Upheld, War Criminal Drinks 'Poison' In Court — And Dies Hours Later : The Two-Way Moments after judges confirmed Slobodan Praljaka's 20-year prison sentence for war crimes, he declared his innocence — then tilted back his head and consumed what he said was poison. 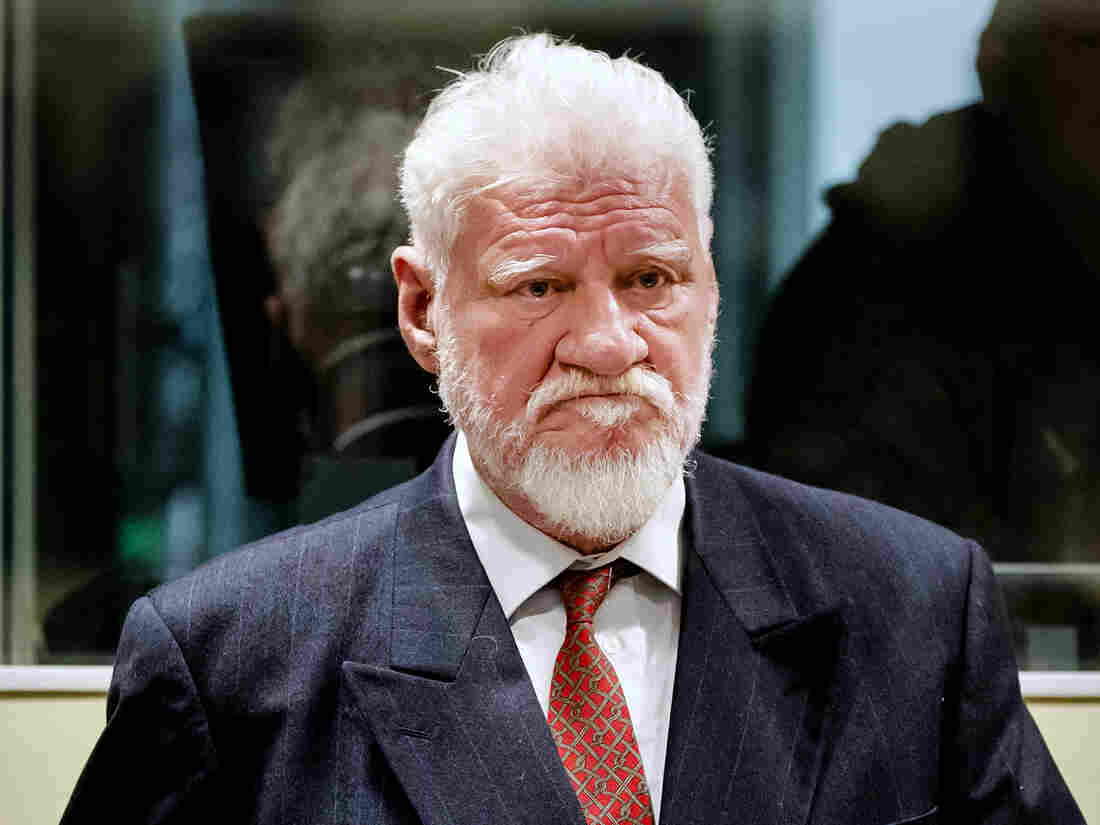 Slobodan Praljak enters the Yugoslav War Crimes Tribunal in The Hague, Netherlands, on Wednesday. The hearing was suspended after Praljak drank what he said was poison. He died hours later. Robin van Lonkhuijsen/AP hide caption 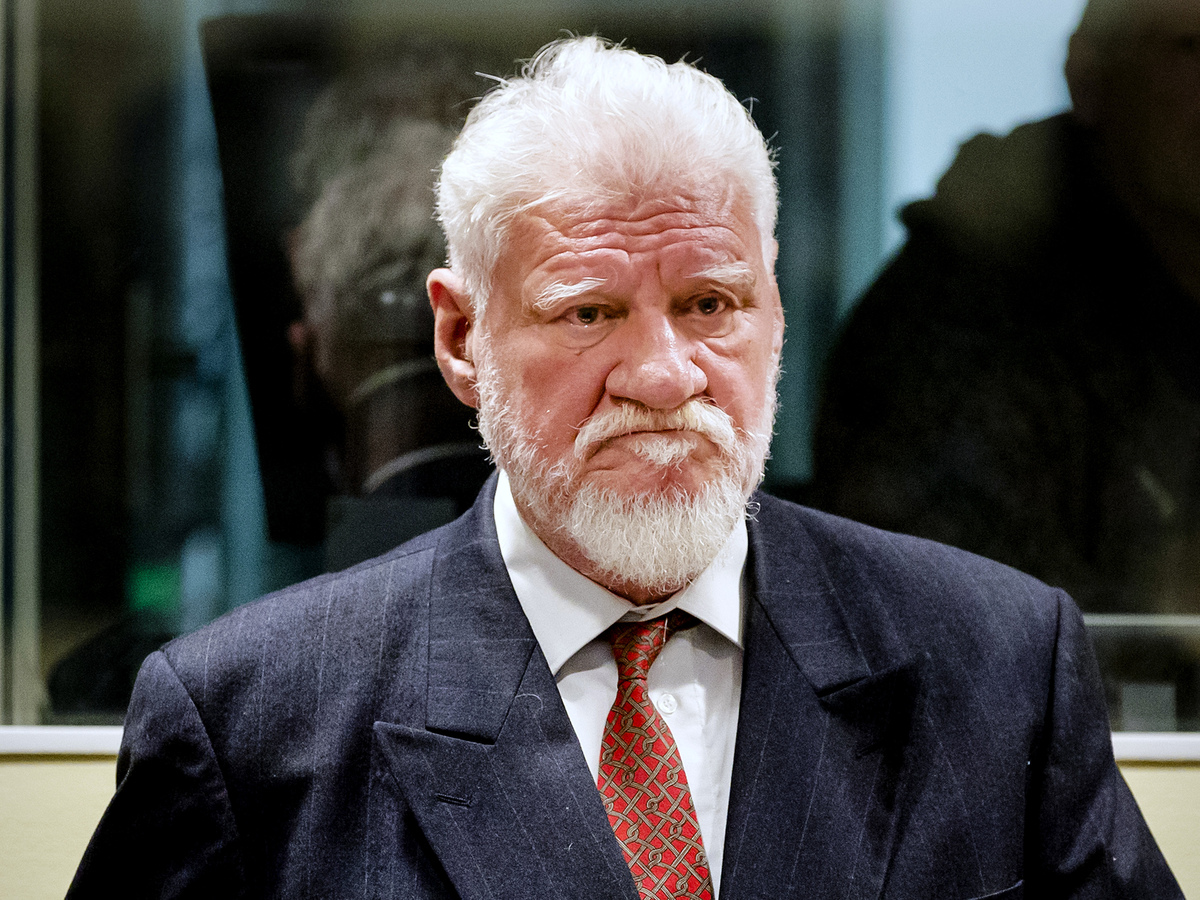 Slobodan Praljak enters the Yugoslav War Crimes Tribunal in The Hague, Netherlands, on Wednesday. The hearing was suspended after Praljak drank what he said was poison. He died hours later.

Slobodan Praljak died Wednesday, just hours after the convicted war criminal interrupted a courtroom hearing to declare his innocence — and then drank a small container of what he said was poison, according to Croatian state media.

"Judges, Slobodan Praljak is not a war criminal!" Praljak, 72, told the U.N. appeals judges who had just upheld his 20-year prison sentence, a judgment of the long-running International Criminal Tribunal for the former Yugoslavia. "I reject this verdict."

Then, as the presiding judge asked him urgently to stop and sit down, Praljak tilted his head back and downed a glass of liquid.

The hearing was suspended shortly afterward, as the other people in the room sought to make sense of the situation. "Please," the presiding judge asked, "the curtains."

Praljak soon fell ill and was quickly ushered from the courtroom by paramedics, though their efforts could not save his life.

"The emergency services took Praljak to a nearby hospital, where he died," tribunal spokesperson Nenad Golcevski told media, also noting that Dutch police have opened an independent investigation into the incident.

Praljak was one of six men sentenced to prison in 2013 for "crimes against humanity, violations of the laws or customs of war, and grave breaches of the Geneva Conventions," the tribunal notes.

"The Trial Chamber concluded that, from January 1993, all six accused were participants in a joint criminal enterprise aimed at creating a Croatian entity in Bosnia and Herzegovina that would facilitate the reunification of the Croatian people, through ethnic cleansing of the Muslim population," The Hague-based organization explains.

The Associated Press adds: "Wednesday's hearing was the final case at the groundbreaking tribunal before it closes its doors next month. The tribunal, which last week convicted former Bosnian Serb military chief Gen. Ratko Mladic of genocide and other crimes, was set up in 1993, while fighting still raged in the former Yugoslavia. It indicted 161 suspects and convicted 90 of them."

A previous version of this story incorrectly referred to Slobodan Praljak as a former Bosnian Serb commander.