Accessibility links
Oops: American Airlines Accidentally Let Too Many Pilots Take Off For The Holidays : The Two-Way The pilots union says 15,000 flights at the end of the year don't have anyone to fly them, because of a glitch in the system pilots use to bid for time off. 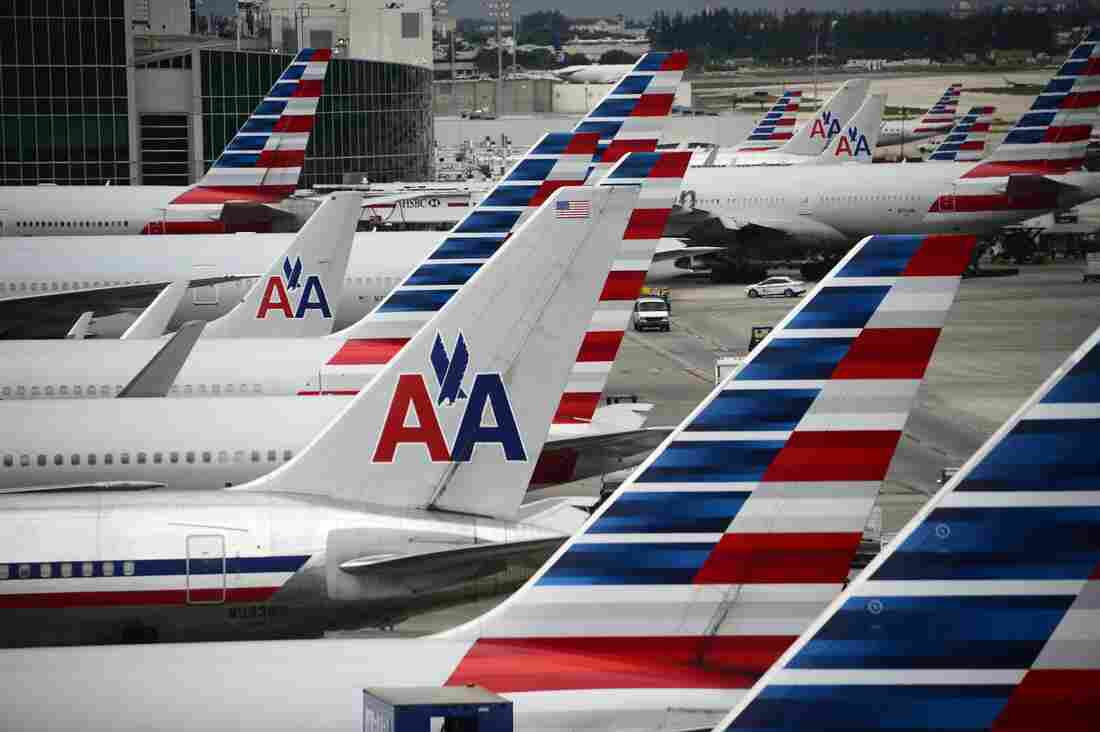 American Airlines is offering its pilots 150 percent of their hourly pay to work during the holidays, after a glitch allowed too many pilots to take vacation at the same time. Robyn Beck/AFP/Getty Images hide caption 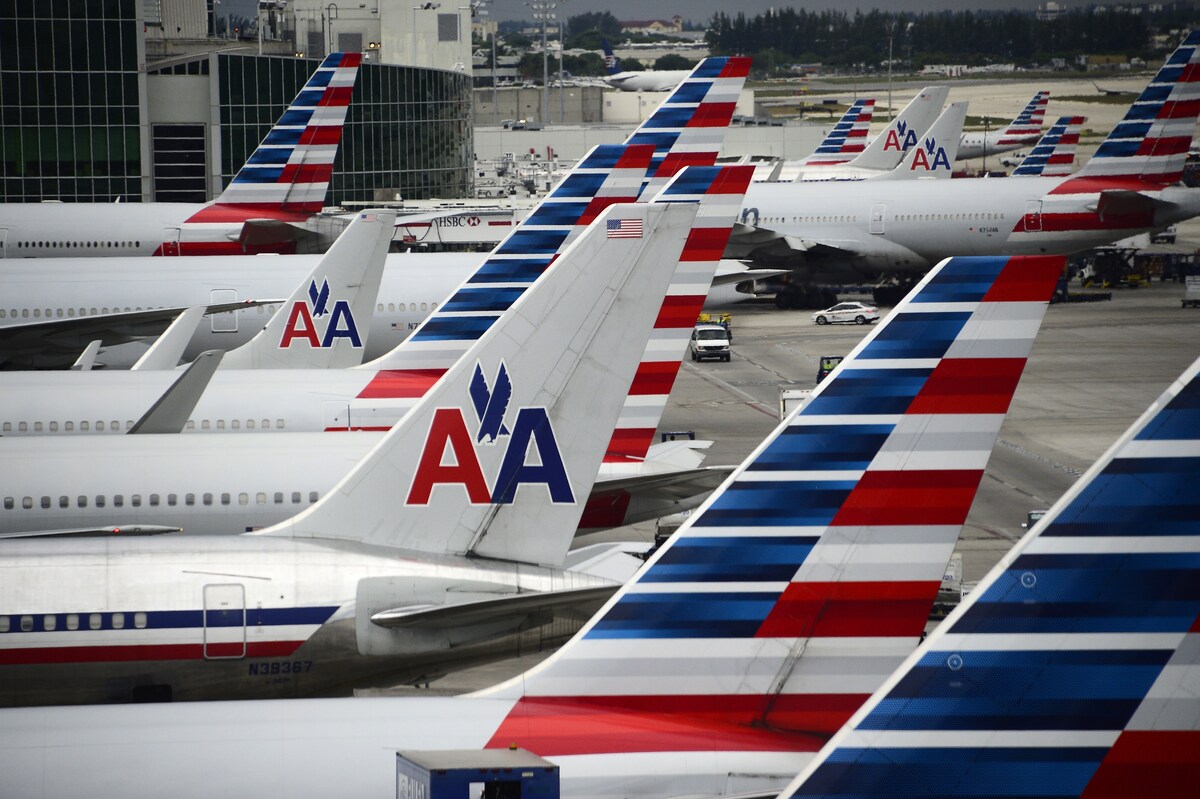 American Airlines is offering its pilots 150 percent of their hourly pay to work during the holidays, after a glitch allowed too many pilots to take vacation at the same time.

A glitch in American Airlines' pilot scheduling system means that thousands of flights during the holiday season currently do not have pilots assigned to fly them.

The shortage was caused by an error in the system pilots use to bid for time off, the Allied Pilots Association told NPR. The union represents the airline's 15,000 pilots.

"The airline is a 24/7 op," union spokesman Dennis Tajer told CNBC. "The system went from responsibly scheduling everybody to becoming Santa Claus to everyone."

Tajer called it "a man-made snowstorm" and said the union estimated that more than 15,000 of the airline's flights don't have pilots. More pilots were granted time off between Dec. 17 and Dec. 31 than should have been, resulting in the shortage.

Airline Pilots Pump The Brakes On Plans To Speed Up Flights

American Airlines spokesman Matt Miller told CNBC that the airline was working on the problem and expected to avoid cancellations during the holidays. He did not specify how many flights were affected.

"We have reserve pilots to help cover flying in December, and we are paying pilots who pick up certain open trips 150 percent of their hourly rate — as much as we are allowed to pay them per the contract," he told the network. "We will work with the APA to take care of our pilots and ensure we get our customers to where they need to go over the holidays."

In a post to its website, the union warned its members that because "management unilaterally created their solution in violation of the contract, neither APA nor the contract can guarantee the promised payment of the premium being offered." It said management had disclosed the bidding system failure on Friday.

American's Miller told NPR, "We have reached out [to the union]. We've made contact through several different channels and look forward to the opportunity to work on this issue together and ultimately get everyone where they need to go over the holidays." Union spokesman Trajer texted, "They called late [and we] had a short discussion. We asked for a meeting they said they would get back to us but would not schedule a meeting."

The snafu is reminiscent of one that afflicted budget carrier Ryanair in September. The airline scheduled too many pilots for vacation, leading it to cancel hundreds of flights. Bloomberg reported that the airline was likely to take a $30 million hit for its mistake as it paid out refunds and compensation.

American's pilots have had a tense relationship with the company on previous occasions.

"This is certainly not routine," Tajer told Bloomberg News. "This is a crisis right now, and in that crisis, they've gone solo."