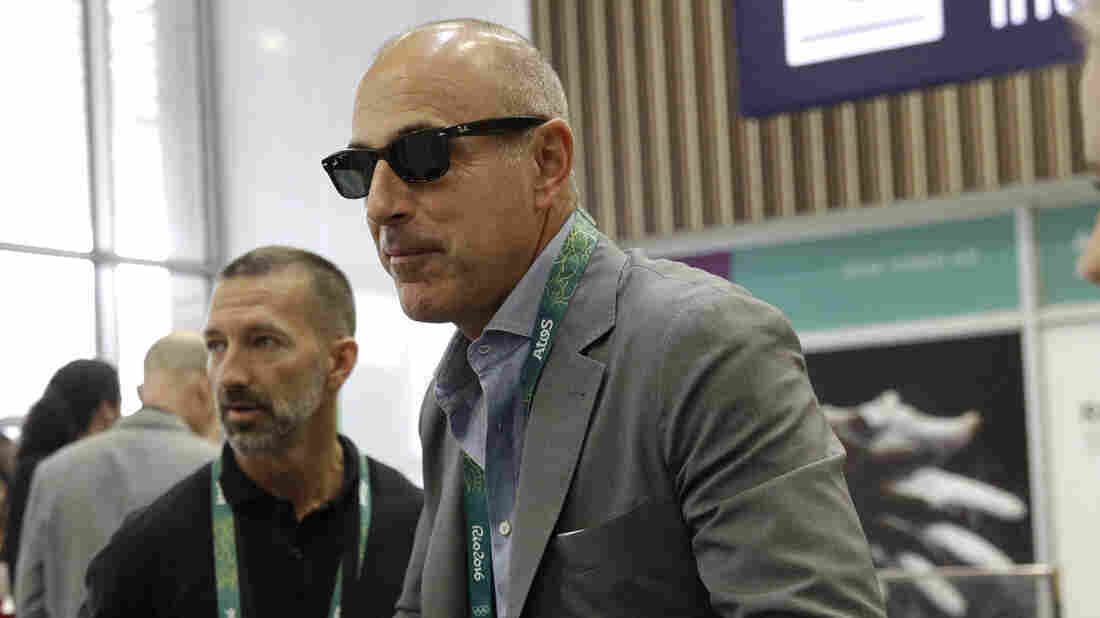 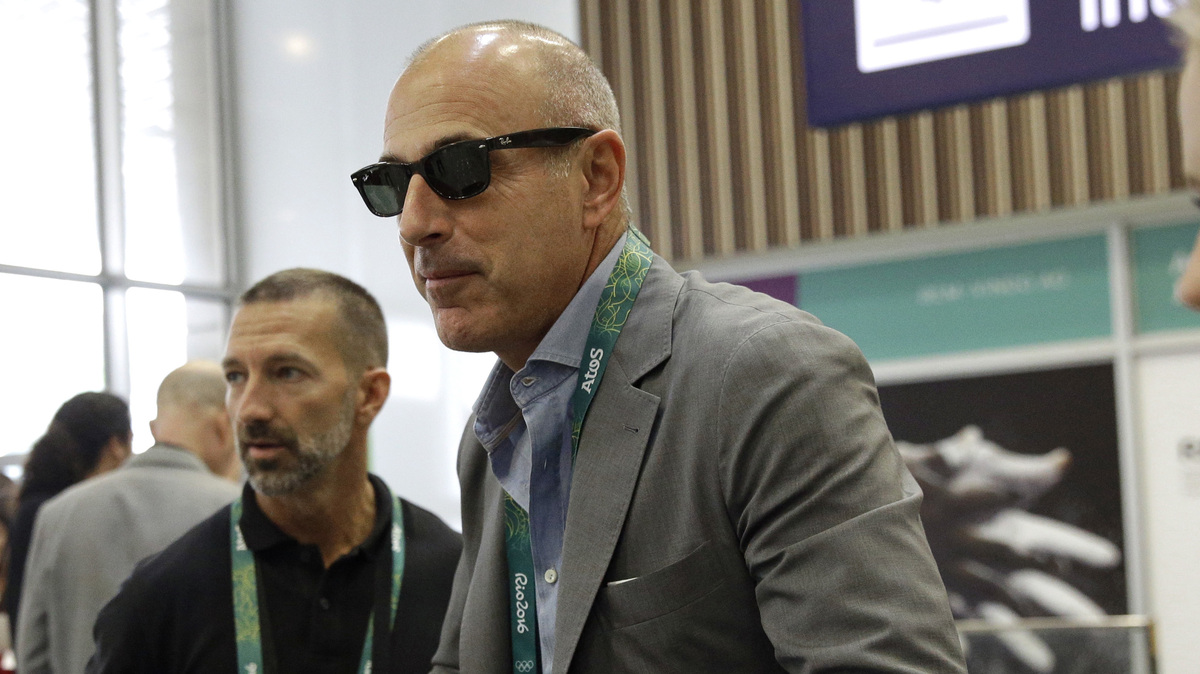 Former NBC TV host Matt Lauer says,"Repairing the damage will take a lot of time and soul searching," after he was fired over allegations of sexual misconduct. He's seen here arriving at Rio de Janeiro International Airport for the 2016 Olympics last year.

Matt Lauer says, "There are no words to express my sorrow and regret for the pain I have caused others by words and actions," issuing his first public response after NBC fired the longtime host of Today, its flagship morning program.

Lauer spoke after lurid details of alleged sexual misconduct emerged in both Variety and The New York Times, ranging from inappropriate remarks to sexual assault — and a door in Lauer's office that he could lock by pressing a button at his desk.

In his statement, Lauer apologized to those he has hurt and said he realizes "the depth of the damage and disappointment I have left behind at home and at NBC."

The remarks come one day after Lauer was fired after a female colleague told NBC human resources officials about Lauer's behavior during the network's coverage of the Sochi Olympics in 2014. As NPR's David Folkenflik reports, "that younger colleague said he sexually harassed her there. The network says there was inappropriate sexual behavior and that the woman said the harassment continued. She has not been identified."

A statement from Matt Lauer: “There are no words to express my sorrow and regret for the pain I have caused others by words and actions...” pic.twitter.com/f93rHXqKQD

NBC fired Lauer as Variety was preparing a story in which several women detailed their allegations against the powerful TV host, whose annual salary was more than $20 million.

As the Two-Way reported yesterday:

"Lauer allegedly gave a female colleague a sex toy with an explicit note about how he wanted to use it on her. According to Variety, he exposed himself to another female employee and then 'reprimanded her for not engaging in a sexual act,' and he made lewd comments verbally or in text messages in front of other employees, including references to their performance in bed."

Since Lauer was fired, NBC has received at least two more complaints about him, The New York Times reports. The newspaper says it spoke to a former Today employee who said Lauer had sexually assaulted her in his locked office in 2001.

In response to the growing accusations, Lauer said, "Some of what is being said about me is untrue or mischaracterized, but there is enough truth in these stories to make me feel embarrassed and ashamed. I regret that my shame is now shared by the people I cherish dearly."

"Repairing the damage will take a lot of time and soul searching and I'm committed to beginning that effort. It is now my full time job. The last two days have forced me to take a very hard look at my own troubling flaws. It's been humbling. I am blessed to be surrounded by the people I love. I thank them for their patience and grace."

Lauer's name joins a growing list of high-profile men in the media who have fallen from grace after women reported behavior ranging from inappropriate to illegal.

On Wednesday, Minnesota Public Radio said it had cut ties with Garrison Keillor, the creator of A Prairie Home Companion, over allegations against him. Two other figures in public media were also recently fired in what has become a wave of sexual harassment scandals: NPR's former News Chief Mike Oreskes and longtime PBS host Charlie Rose, who also worked for CBS.

The firings come less than two months after a number of claims were made against Hollywood producer Harvey Weinstein. The culling of men who are accused of abusing their power also includes former Fox News CEO Roger Ailes, who resigned last year, and the network's former star host, Bill O'Reilly.