Accessibility links
Coalition Strikes Killed More Than 800 Civilians In Fight Against ISIS, U.S. Says : The Two-Way Operation Inherent Resolve forces have carried out more than 28,000 air and artillery strikes between August of 2014 and October, backing fighters in Iraq and Syria. 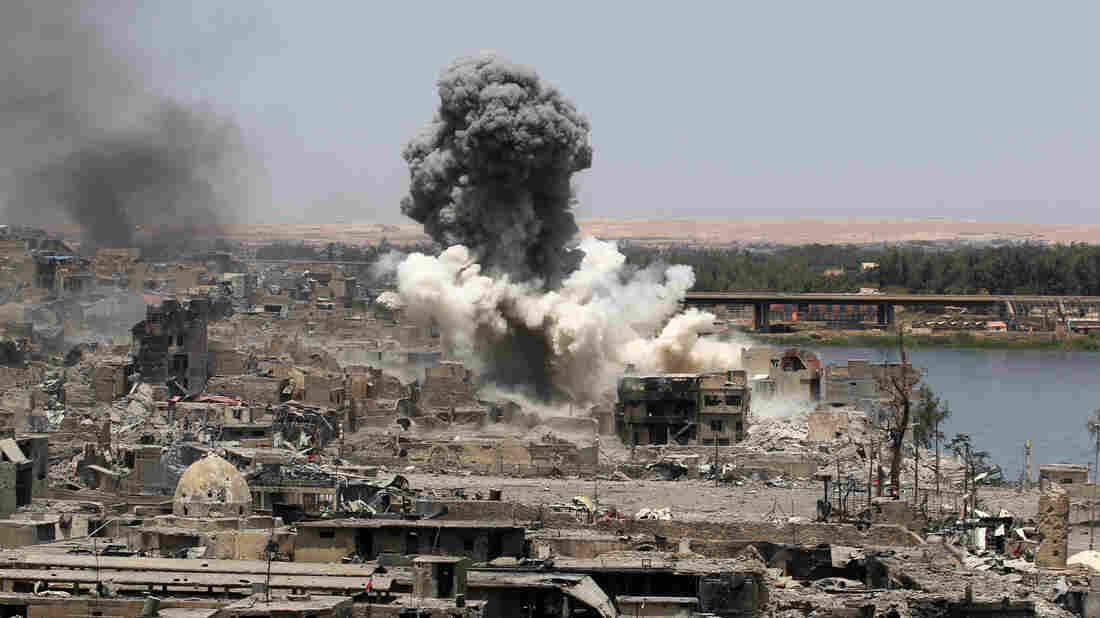 The U.S.-led Operation Inherent Resolve coalition says it currently has nearly 700 open cases of strikes that were reported to have killed civilians. A coalition airstrike is seen here in Mosul, Iraq, this past July. Ahmad Al-Rubaye/AFP/Getty Images hide caption 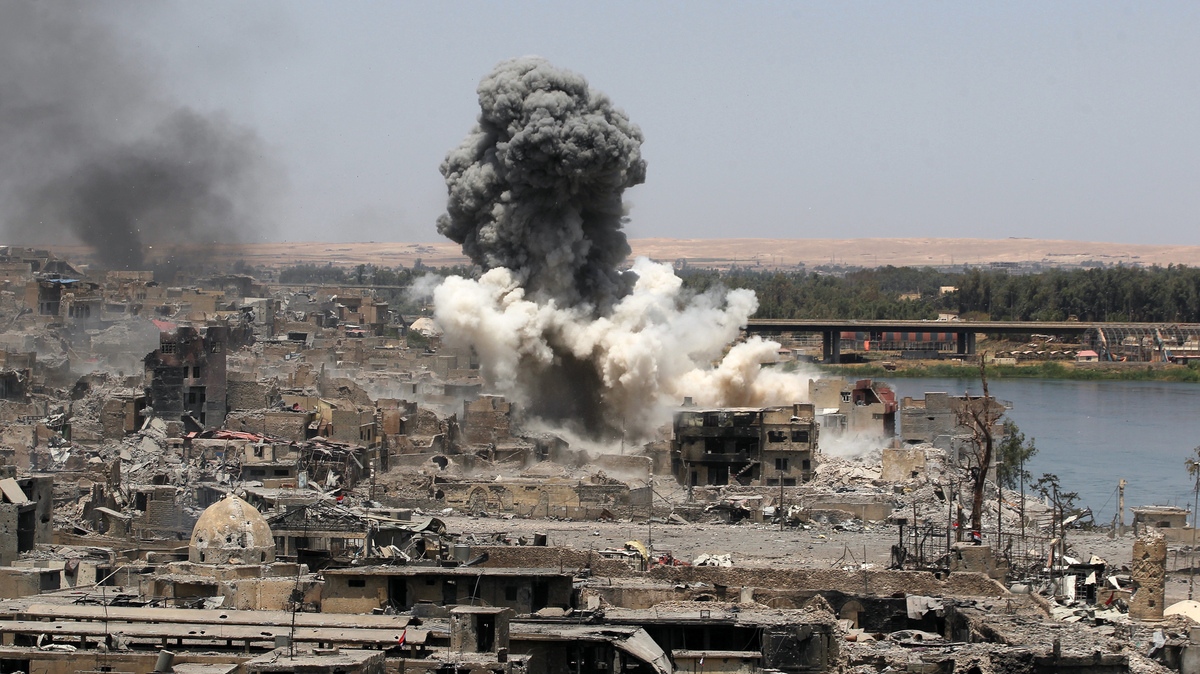 The U.S.-led Operation Inherent Resolve coalition says it currently has nearly 700 open cases of strikes that were reported to have killed civilians. A coalition airstrike is seen here in Mosul, Iraq, this past July.

The U.S.-led military coalition has marked a string of successes in its fight against ISIS, including the liberation of Raqqa, Syria, and Mosul, Iraq. But the force says that its artillery and airstrikes have killed at least 801 civilians in those countries since Operation Inherent Resolve began in 2014.

The number of civilian deaths from airstrikes is in dispute, and estimates have ranged widely. The Airwars monitoring group says it estimates that Operation Inherent Resolve coalition has killed a minimum of 5,961 civilians in its war against ISIS.

The U.S.-led coalition says it currently has 695 open cases over reports of civilian deaths. Of that number, all but 26 cases date from 2017. The figures are in the coalition's monthly civilian casualty report, which it released on Thursday.

In October, the coalition says, it received 240 new reports that its strikes had killed civilians as it waged a campaign against ISIS, backing fighters in Iraq and Syria. The coalition says it has been able to confirm only five of those reports as credible, adding that the strikes resulted in 15 unintentional civilian deaths.

In the five cases it confirmed, the coalition says its investigations found that "although all feasible precautions were taken and the decision to strike complied with the law of armed conflict, unintended civilian casualties unfortunately occurred."

As the U.S. and its allies have reclaimed territory from ISIS and fought the group's militants in concentrated areas, they have faced a group that seeks to use civilians as human shields. After a U.S. airstrike in Mosul was blamed for killing at least 105 civilians in March, Iraqi and U.S. commanders said they would change tactics to try to minimize casualties among the city's thousands of residents.

"We take all reports of civilian casualties seriously and assess all reports as thoroughly as possible," the coalition said Thursday. "Investigations include interviewing witnesses and examining the site where possible, interviewing pilots and other personnel involved in the targeting process, reviewing strike and surveillance video, and analyzing information provided by government agencies, non-governmental reports, partner forces, and traditional and social media."

By deeming a report as credible, the military says, the tag means that "it is more likely than not a Coalition strike resulted in a civilian casualty."

The coalition also says that it classified 55 reports to be "non-credible" in October, meaning that it has found "at this time there is insufficient information to assess that, more likely than not, a Coalition strike resulted in civilian casualties."

The casualty report mentions the Airwars group hundreds of times. The monitor generated two of the five reports that were eventually deemed as credible; it is also the source listed for the vast majority of the open cases — as well as for 44 of the 55 reports of civilian deaths that were deemed "non-credible."

The assessment process is somewhat open-ended: The coalition says it considers new information about strikes — and that in the past, it has reopened investigations in light of new evidence.

Operation Inherent Resolve says its forces carried out 28,198 strikes between August of 2014 and October. The coalition says that less than 1 percent of those operations — 0.35 percent — "resulted in a credible report of civilian casualties."