Accessibility links
FDA Says 'Stay!' ... Away From 'Bone Treats' : The Two-Way In addition to guidance to avoid brittle chicken and turkey bones, the FDA says "bone treats," which it distinguishes from uncooked butcher bones, can cause harm, sickness and sometimes death. 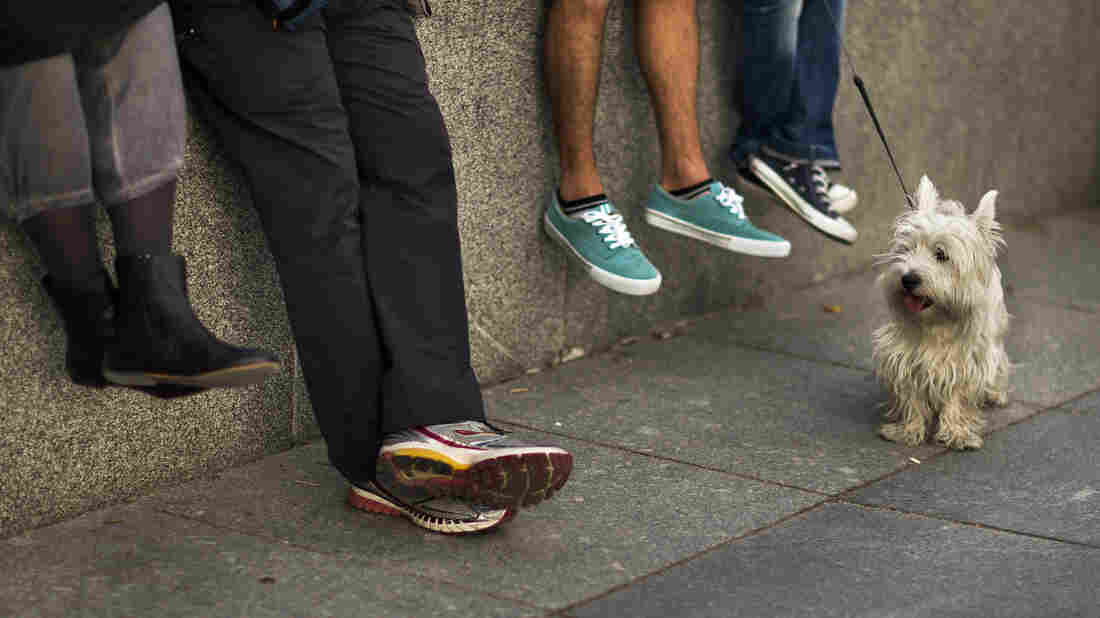 An FDA report warns dog owners of the dangers of "bone treats," which can consist of full or partial pieces of animal bone. Andres Kudacki/AP hide caption 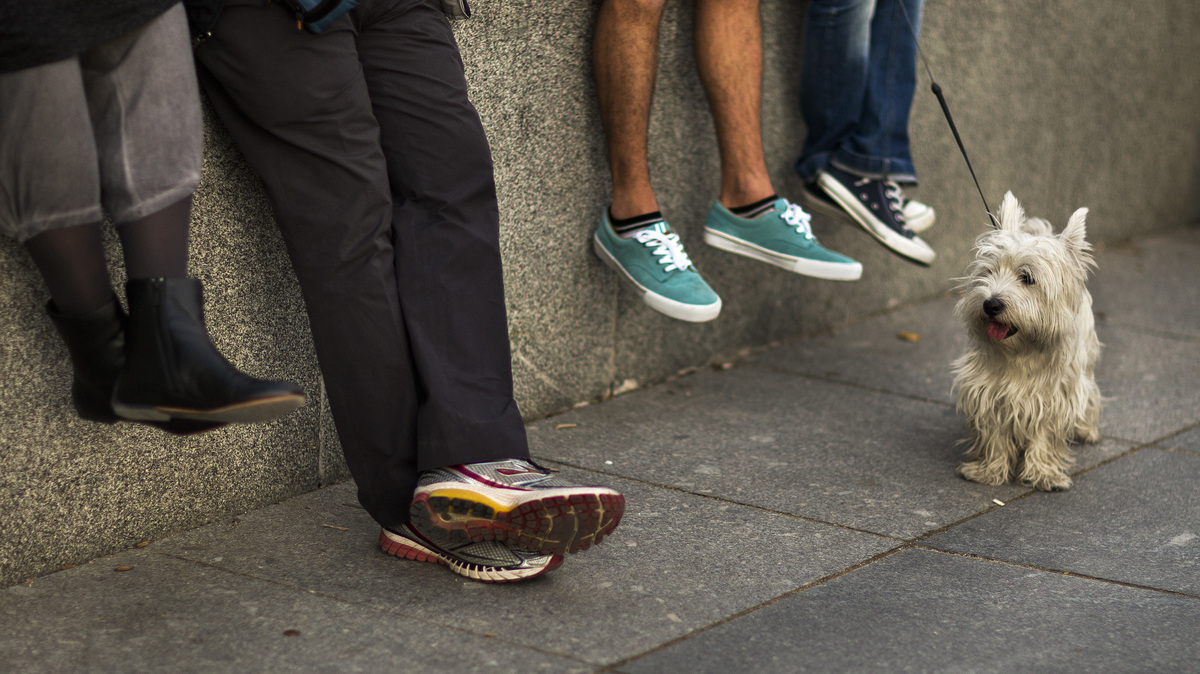 An FDA report warns dog owners of the dangers of "bone treats," which can consist of full or partial pieces of animal bone.

Stuff your dog's stocking with knickknacks. Paddywhacks, even. But — you've likely guessed it by now — avoid giving the dog a bone, at least a "bone treat."

The FDA released a report this month that warns against giving dogs what it refers to as "bone treats." These treats are different from the uncooked butcher bones that come from meats or meat products approved for human consumption, the FDA says. Rather, the treats are full or partial pieces of animal bone that are processed and packaged for sale in groceries, pet stores and online retailers. Multiple companies produce these products marketed with names like Meaty Beef Knuckle Treat, Beef Femur, Ham Bone.

Rawhides, pig ears and marrow bone treats are not included in the FDA's warning. An FDA spokesperson told NPR in a statement that rawhide and rawhide-like products, "are not required as part of a complete and balanced diet for your pet. If you choose to feed your pet any of these products, watch your pet closely. FDA recommends pet owners talk to their veterinarian about which treats are appropriate for their particular pet."

The FDA says it received reports of illness in some 90 dogs who chewed the treats from November 2010 to September 2017. Claimed ill effects included digestive tract blockages, choking, mouth cuts and sores, vomiting, diarrhea and rectal bleeding. In addition, the FDA states, "approximately 15 dogs reportedly died after eating a bone treat."

It's not just #Thanksgiving turkey bones that you shouldn't give your dog, bone "treats" found in pet stores can be just as dangerous. FDA has received dozens of reports that include choking, blockages requiring surgery & deaths. How to keep your pet safe: https://t.co/NrBYqW0jiq pic.twitter.com/0Txu3GfanJ

Carmela Stamper with the Center for Veterinary Medicine at the FDA said in the report that things can get serious quickly.

"Giving your dog a bone treat might lead to an unexpected trip to your veterinarian, a possible emergency surgery, or even death for your pet," she stated in the report.

Stamper recommends supervising dogs when they have a treat or chew toy, especially when they've never had it before. The FDA recommends the following steps to keep dogs safe:

She says one of the issues with them is the way that some are made. Instead of being an actual animal bone, some products are animal material ground up and pressed into a bone shape. This increases the risk that small shards of the treat could break off and cause internal damage or blockages, Bryan said.

She wasn't surprised to read about the FDA's recommendation. She said it is fairly widely known that bone treats are not good for dogs, but owners give in out of a sense of love. They want to spoil their dogs, and they don't realize the danger, Bryan said. And sometimes it's a matter of cost. At some stores, a bag of 15 bone treats is less expensive than one synthetic bone or a new chew toy.

"I think people think that it's never going to be their animal that's affected by it," Bryan said.

As an alternative, Bryan likes chew toys that engage a dog's physical and mental energy. Bryan recommends a type of rubber toy with holes that owners can fill with peanut butter or canned dog food and freeze for longer playtime. She also suggests a synthetic chewing bone appropriate for the dog's chewing strength. Above all, Bryan echoes Stamper's recommendation to supervise dogs when they have any sort of chew toy or treat.

"We are here, and we want to help our patients be happy and be safe and try to avoid these problems in the first place," she said.