Accessibility links
Jim Nabors, Who Played Affable Klutz Gomer Pyle, Dies At 87 : The Two-Way The actor and singer starred as Pyle for years — first in The Andy Griffith Show, then in Gomer Pyle, U.S.M.C. Nabors parlayed the stardom of the beloved goof into a long career on stage, TV and film. 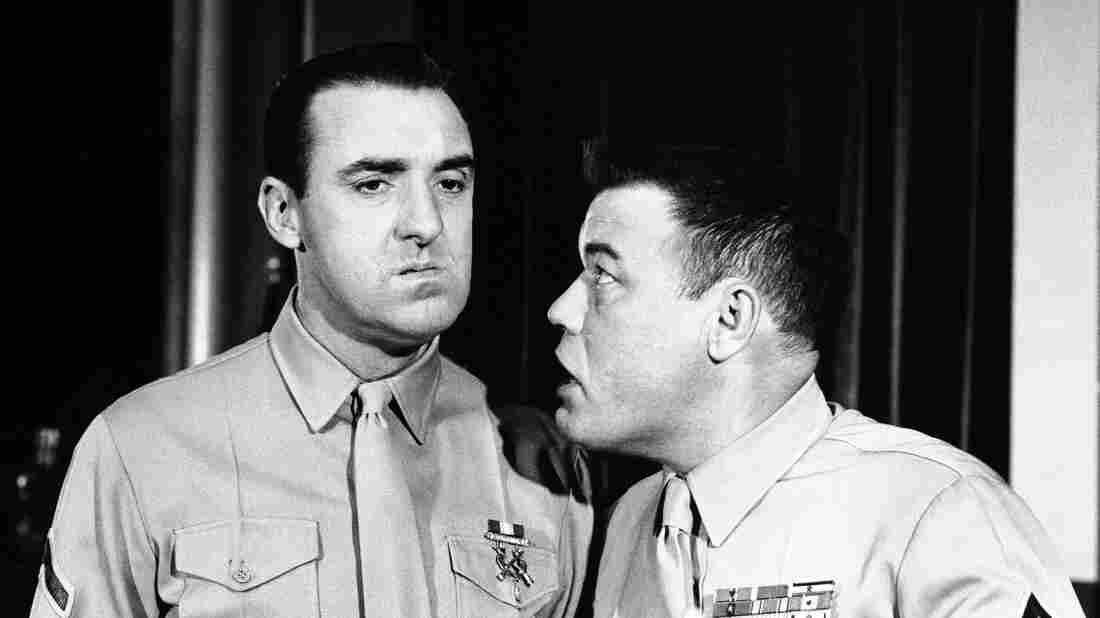 Jim Nabors, in a 1964 episode of Gomer, U.S.M.C., getting chewed out by Frank Sutton as Gunnery Sgt. Vince Carter. AP hide caption 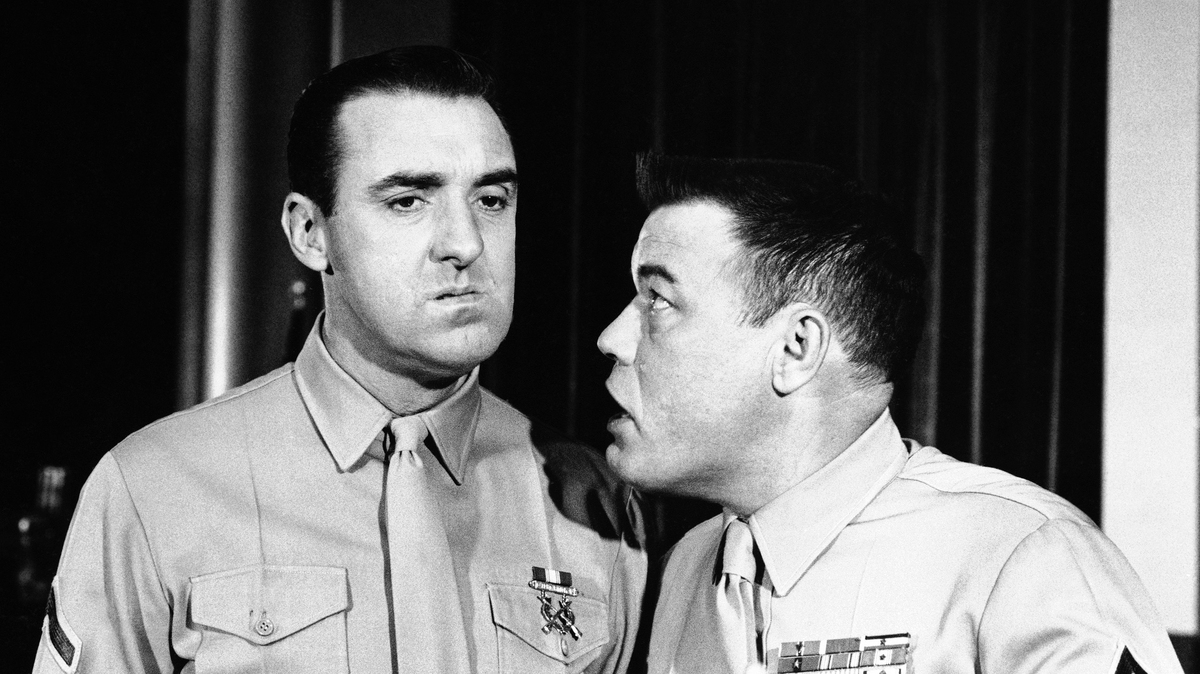 Jim Nabors, in a 1964 episode of Gomer, U.S.M.C., getting chewed out by Frank Sutton as Gunnery Sgt. Vince Carter.

Jim Nabors, the comic actor best known for his years playing Gomer Pyle, one of TV's most lovable goofs, has died at the age of 87. Nabors' husband, Stan Cadwallader, confirmed to The Associated Press that the actor and singer died at home in Honolulu.

"Everybody knows he was a wonderful man. And that's all we can say about him," Cadwallader told the news service. "He's going to be dearly missed."

Virtually since the moment Nabors joined the cast of The Andy Griffith Show in the early 1960s, the actor and his classic character became indelibly entwined. A sweet-natured klutz with a stable of catchphrases — "Gollllll-ly" and "shazam!" best-remembered among them — Nabors' gas station attendant quickly became a favorite with viewers.

And not long after joining the show, Nabors parlayed that performance into another hit comedy, a 1964 spinoff in which Pyle bumbles his way into the Marine Corps. Called Gomer Pyle, U.S.M.C. — and weekly featuring the friction between Pyle and his no-nonsense drill sergeant — the show lasted five seasons, most of which were spent as one of television's most popular programs.

"For the first four years of the series, I didn't trust my success," Nabors said in 1969, according to the AP. "Every weekend and on every vacation, I would take off to play nightclubs and concerts, figuring the whole thing would blow over some day."

Once the show ended in 1969, Nabors turned his attentions more and more to singing, trading catchphrases for show-stoppers. Though he still hosted a short-lived variety show and performed supporting roles in several films, including The Best Little Whorehouse in Texas, Nabors' rich baritone was to be heard even more often on stage and record.

He recorded dozens of albums, dabbling both in country and opera, and performed often in Las Vegas. One of his songs — "Back Home Again in Indiana" — became an iconic number at the Indianapolis 500, where Nabors returned time and again to perform it.

Despite the song's title, Nabors ultimately made his home in Hawaii, where he lived for decades with Cadwallader, his longtime partner. The two finally wed in 2013 in Seattle, not long after same-sex marriage became legal in Washington.