Accessibility links
Jury Finds Undocumented Immigrant Not Guilty Of Murder In Kate Steinle Shooting : The Two-Way The San Francisco killing in 2015 became a focus of opponents of sanctuary city policies. The defendant said he had found the gun and it fired accidentally.

A jury in San Francisco has found Jose Ines Garcia Zarate, a homeless undocumented Mexican immigrant, not guilty of murder in the death of 32-year-old Kate Steinle two years ago in a case that became a flashpoint in the national debate on illegal immigration.

As a presidential candidate, Donald Trump cited the Steinle killing as a justification for his intended crackdown on immigration.

The president tweeted his reaction to the outcome: "A disgraceful verdict in the Kate Steinle case! No wonder the people of our Country are so angry with Illegal Immigration."

A disgraceful verdict in the Kate Steinle case! No wonder the people of our Country are so angry with Illegal Immigration.

The jury of six women and six men acquitted the 45-year-old Garcia Zarate of murder in the first and second degrees, and the alternate charge of involuntary manslaughter. 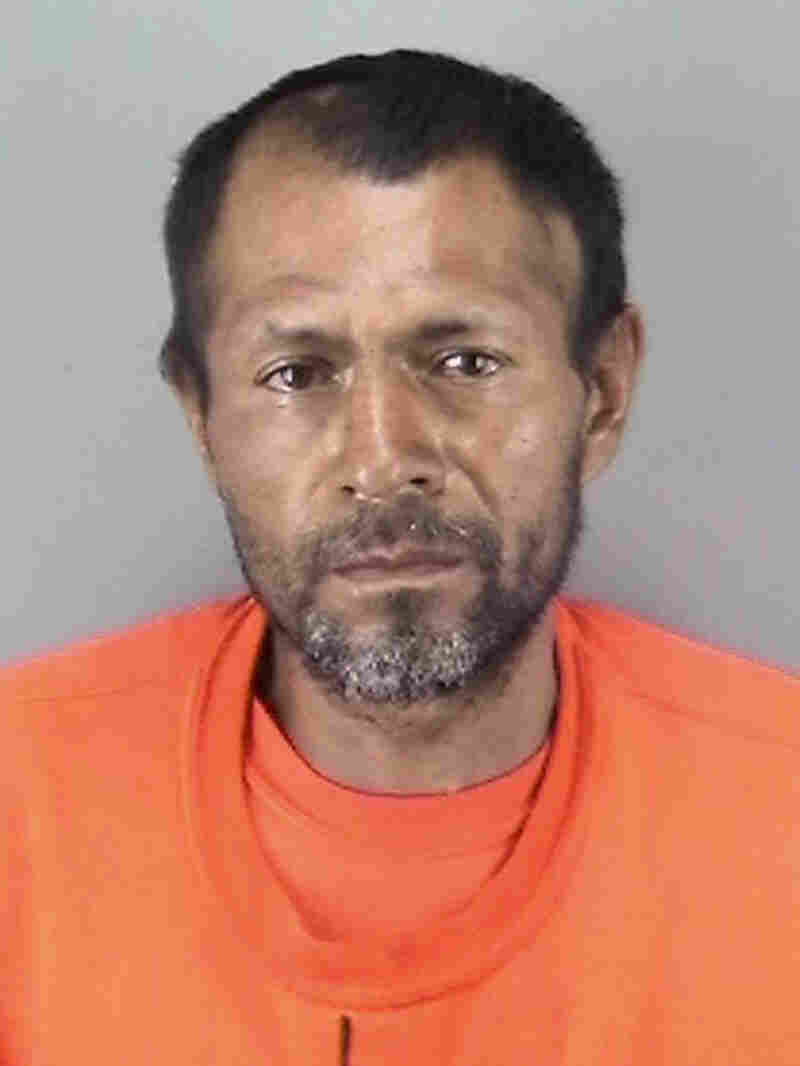 Jose Ines Garcia Zarate in a police booking photo. San Francisco jurors have returned a verdict in his trial for the fatal shooting of Kate Steinle, whose death played into the national debate on immigration. AP hide caption 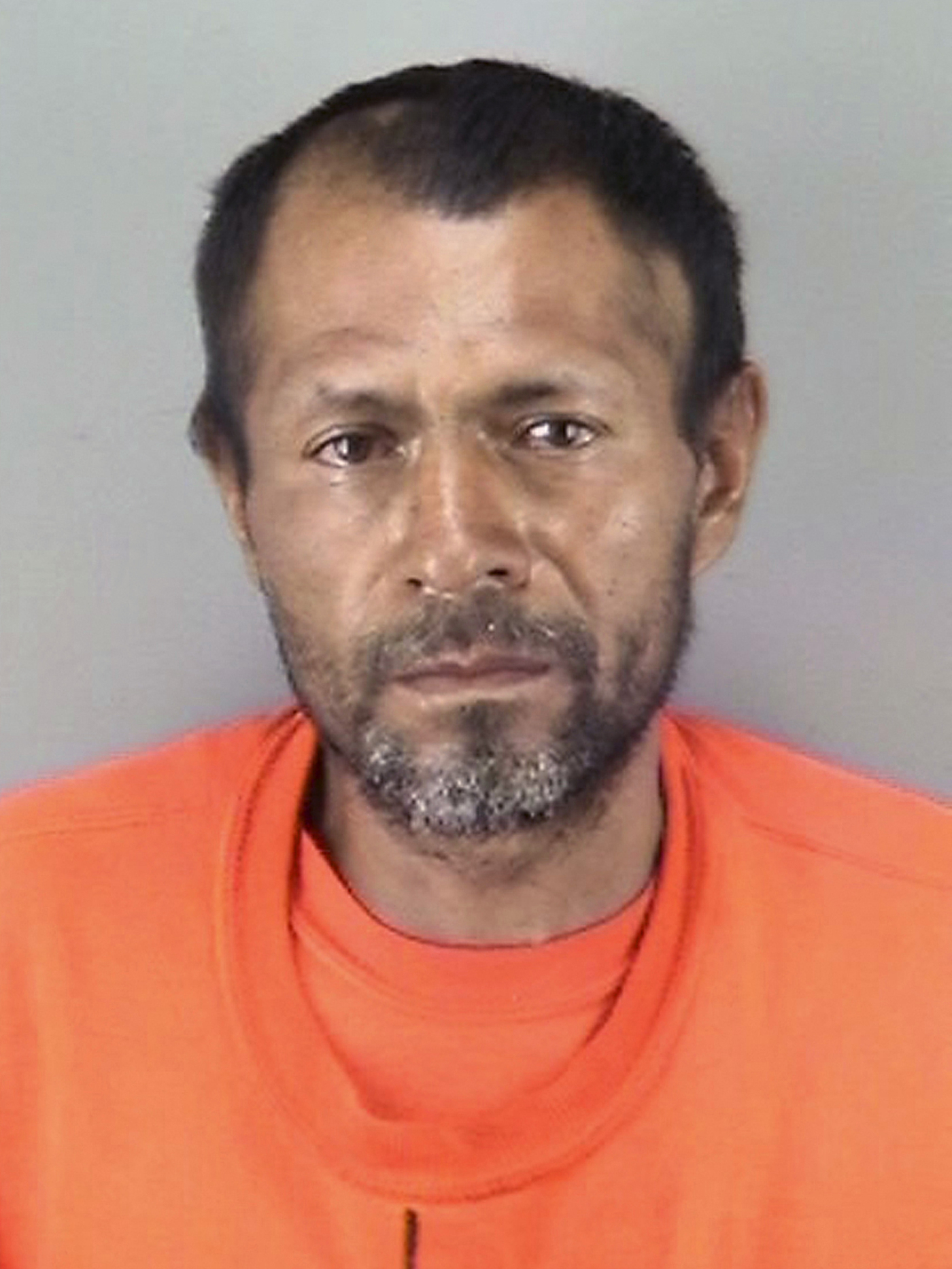 Jose Ines Garcia Zarate in a police booking photo. San Francisco jurors have returned a verdict in his trial for the fatal shooting of Kate Steinle, whose death played into the national debate on immigration.

He was convicted on the lesser charge of possession of a firearm by a convicted felon.

Steinle was killed on July 1, 2015, while walking along a San Francisco pier arm-in-arm with her father.

The basic question the jury had to decide was whether Garcia Zarate intentionally and willfully fired the single shot that killed Kate Steinle. The prosecution said that Garcia Zarate fired a handgun deliberately in Steinle's direction, seeking to harm her or others. The defense argued that the shooting was unintentional, that the defendant found the gun wrapped in a cloth under his seat at the pier and that it accidentally discharged. The defense also offered expert witnesses who testified that the bullet ricocheted off of the ground and traveled about 78 feet before striking Steinle. 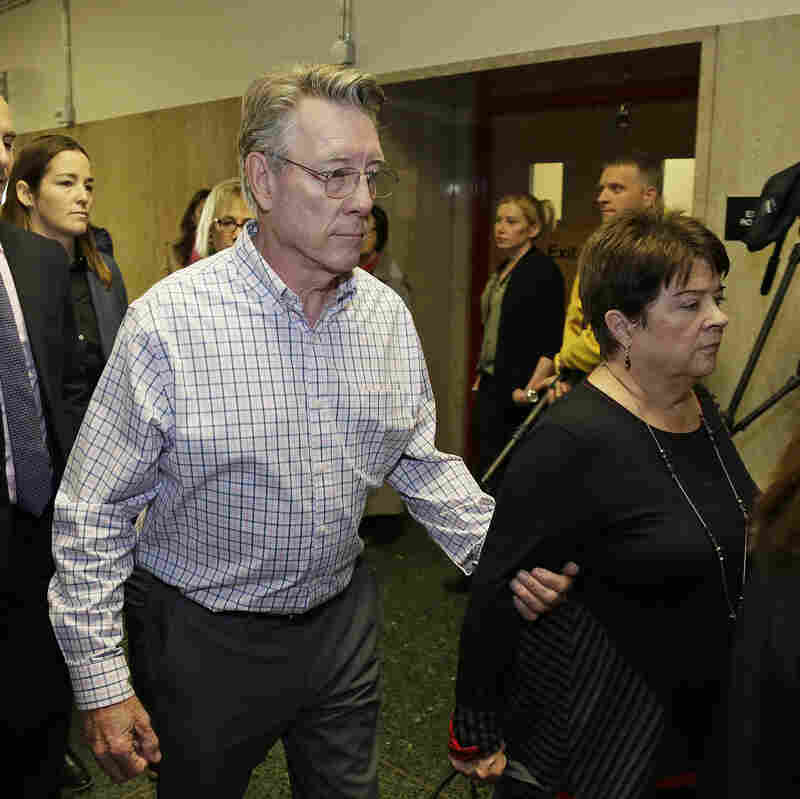 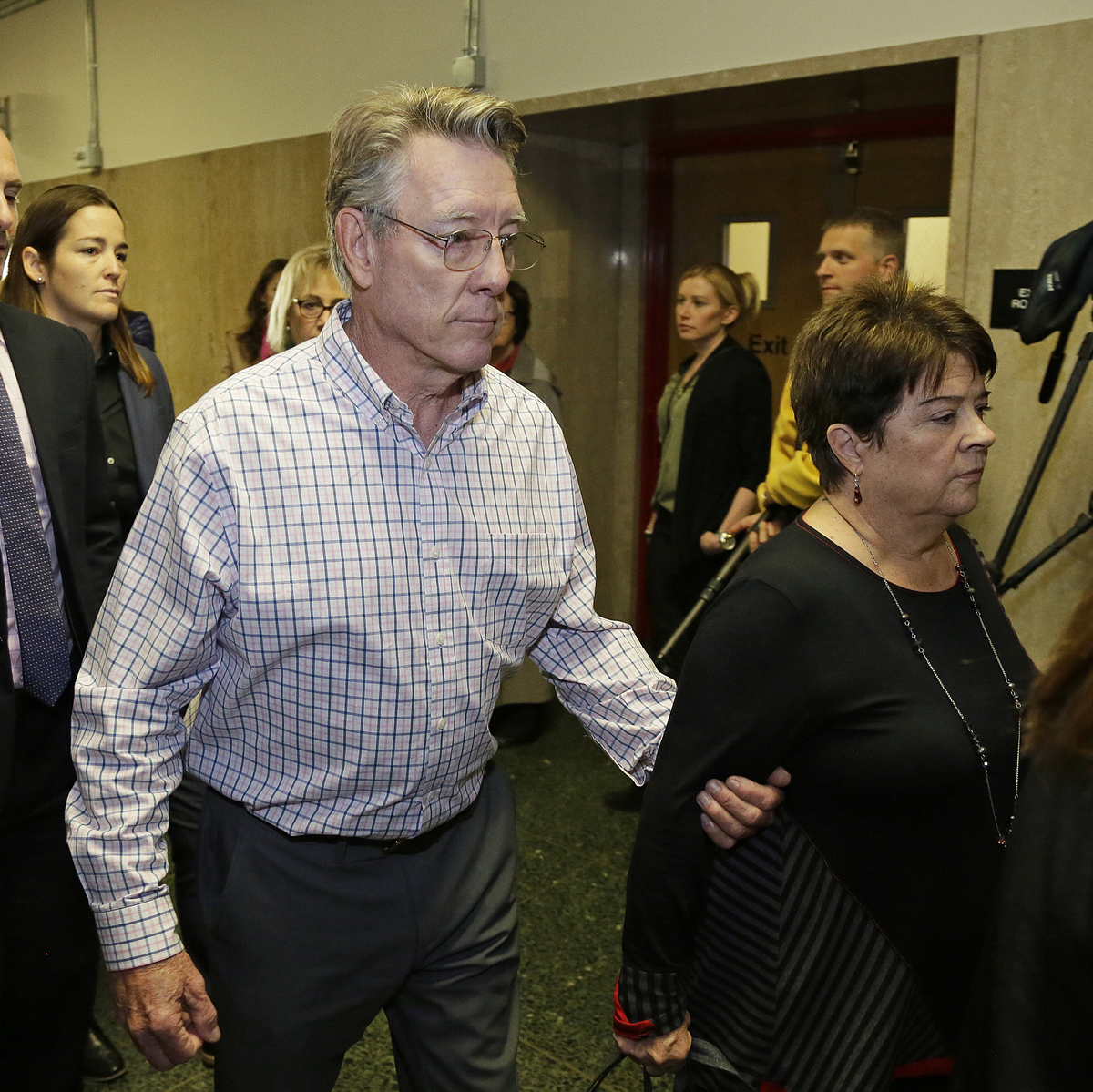 Kate Steinle's parents, Jim Steinle and Liz Sullivan walk to a courtroom for closing arguments in the trial on Nov. 20.

The jury's decision indicates that it was convinced that the shooting was an accident.

The gun was stolen four days before the killing from the parked car of a visiting Bureau of Land Management ranger. And even the prosecution agreed that there was no evidence linking Garcia Zarate to that robbery.

The defendant had been deported five times. He was scheduled for a sixth deportation in 2015 while he was in federal custody for felony re-entry. Instead of deporting him, federal authorities sent him to San Francisco on a 20-year-old drug warrant for a small amount of marijuana.

San Francisco prosecutors dropped the charge and the sheriff's department let him go, despite a federal detainer request. Under local sanctuary city rules, local law enforcement won't hold a person beyond the term of their incarceration. In the aftermath of the shooting, there was a lot of finger-pointing among local officials. San Francisco still won't honor a federal detainer request unless the detainee has committed a violent or serious felony in the past seven years.

The city's sanctuary policies were not mentioned in the trial, and there were only brief references to the defendant's immigration status.

The killing gained national attention, in part, because Republican presidential nominee Trump seized on it as he criticized Mexican immigrants and promised to build a wall at the border.

Several months after Steinle's death, Trump claimed that she had been shot five times. She was shot only once.

In his acceptance speech at the Republican National Convention, Trump tried to link Democrat Hillary Clinton to the controversy.

"My opponent wants sanctuary cities. But where was sanctuary for Kate Steinle?" he asked.

Yet in aftermath of his sister's death, Brad Steinle spoke out against candidate Trump for "sensationalizing" her death.

"I don't want to be affiliated with someone who doesn't have the common courtesy to reach out and ask about Kate and our political views and what we want," he added.

Federal authorities are studying their options for intervening in the case of Garcia Zarate. One federal source familiar with the case tells NPR's Carrie Johnson that federal charges are being "looked at hard."

After the verdict was announced, the deputy director of the Immigration and Customs Enforcement, Thomas D. Homan, said in a statement, "ICE will work to take custody of Mr. Garcia Zarate and ultimately remove him from this country."

"While the State of California sought a murder charge for the man who caused Ms. Steinle's death — a man who would not have been on the streets of San Francisco if the city simply honored an ICE detainer — the people ultimately convicted him of felon in possession of a firearm. The Department of Justice will continue to ensure that all jurisdictions place the safety and security of their communities above the convenience of criminal aliens. I urge the leaders of the nation's communities to reflect on the outcome of this case and consider carefully the harm they are doing to their citizens by refusing to cooperate with federal law enforcement officers."