Accessibility links
Charlottesville Made Major Mistakes In Handling Protest, Review Finds : The Two-Way The Virginia city "protected neither free expression nor public safety on August 12," says the report, an unsparing record of the chaos that unspooled in protests by right-wingers and their opponents. 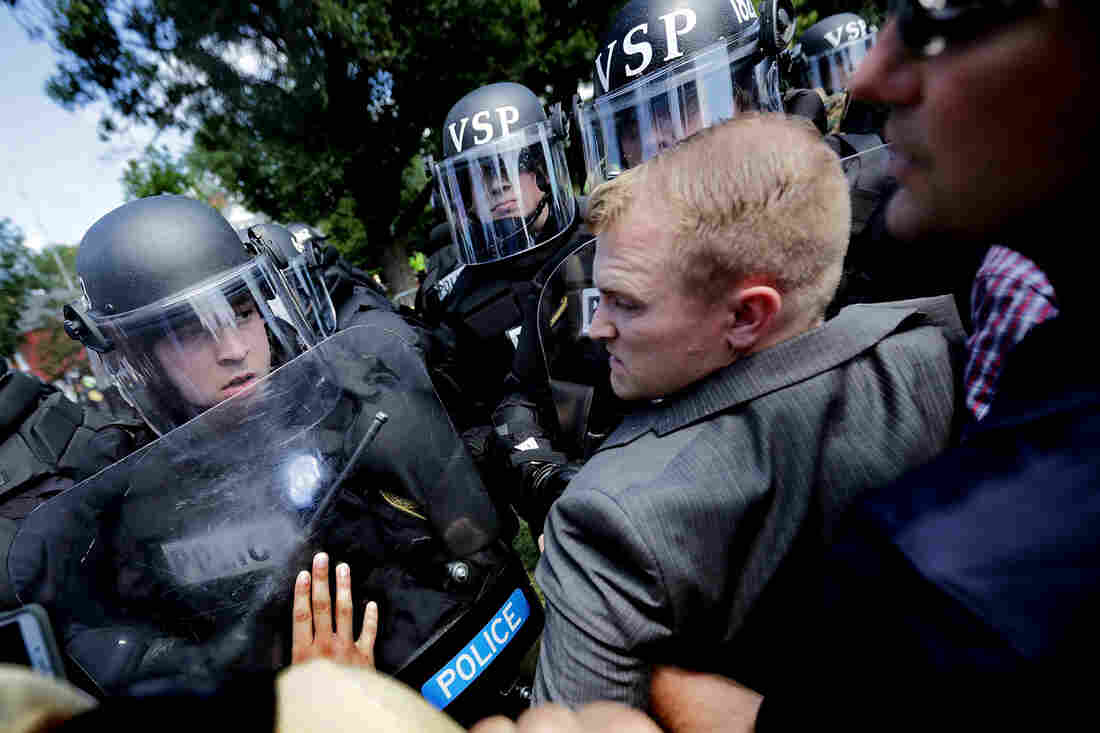 White nationalists clash with police as they are forced out of Emancipation Park after the "Unite the Right" rally Aug. 12 in Charlottesville, Va. Chip Somodevilla/Getty Images hide caption 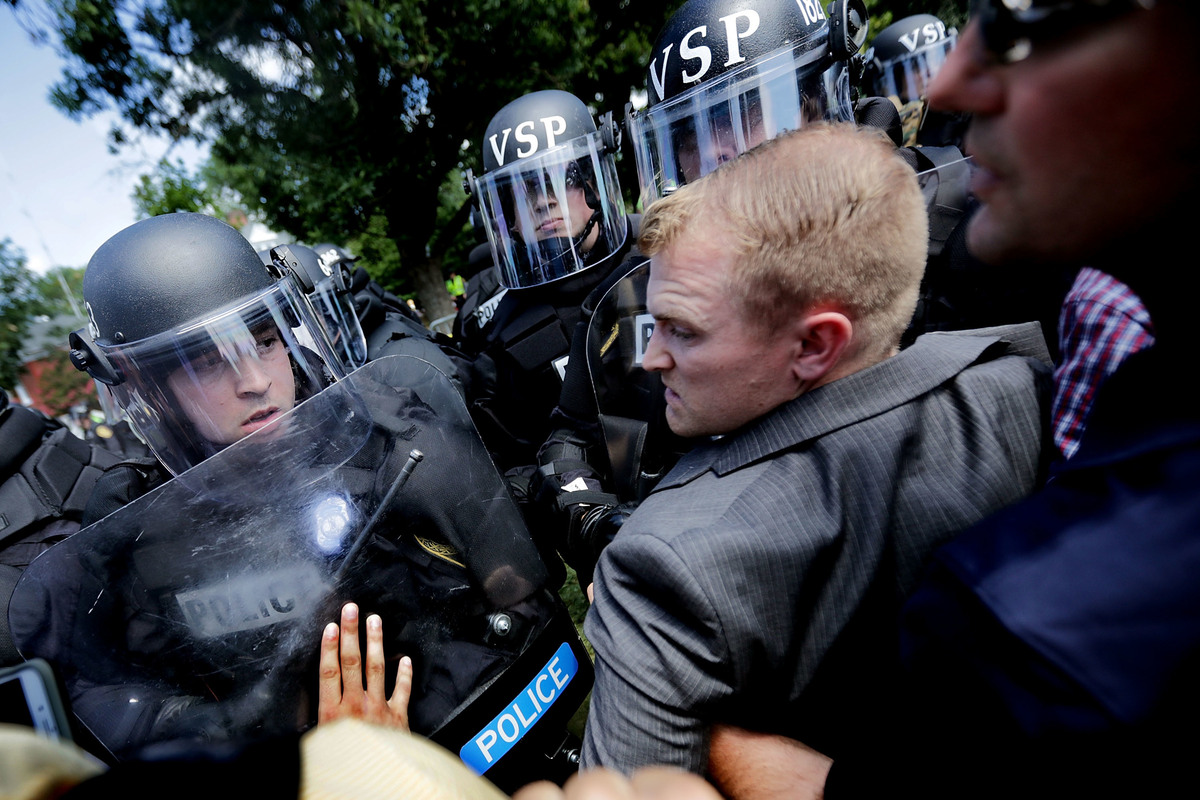 White nationalists clash with police as they are forced out of Emancipation Park after the "Unite the Right" rally Aug. 12 in Charlottesville, Va.

An independent review of Charlottesville's handling of the white nationalist rally there in August found that law enforcement and city officials made several significant mistakes, resulting in violence and distrust.

The city commissioned the report, which was prepared by Timothy Heaphy, a former U.S. attorney in Virginia. In conducting the investigation, Heaphy said his team pored through hundreds of thousands of documents, interviewed hundreds of witnesses, and reviewed countless hours of video and audio.

The resulting 220-page report is a detailed record of the chaos and conflict that unspooled in the Virginia college town. It is unsparing in identifying the errors authorities made that day and in the preceding months.

The city failed to protect either free expression or public safety, the report finds: "This represents a failure of one of government's core functions — the protection of fundamental rights. Law enforcement also failed to maintain order and protect citizens from harm, injury, and death. Charlottesville preserved neither of those principles on August 12, which has led to deep distrust of government within this community."

The "most tragic manifestation" of the failure to protect public safety was the death of 32-year-old Heather Heyer, the report says.

"Early on August 12, CPD had placed a school resource officer alone at the intersection of 4th Street NE and Market Street," the report explains. "This officer feared for her safety as groups of angry Alt-Right protesters and counter-protesters streamed by her as they left Emancipation Park. The officer called for assistance and was relieved of her post. Unfortunately, CPD commanders did not replace her or make other arrangements to prevent traffic from traveling across the Downtown Mall on 4th Street."

All that remained to impede traffic was a single wooden sawhorse.

"This vulnerability was exposed when James Fields drove his vehicle down the unprotected street into a large crowd of counter-protesters at the intersection of 4th Street SE and Water Street, killing Ms. Heyer," it says.

The report praised the city's fire department and the University of Virginia Health System for their quick response to victims of the car attack, calling it "a bright success on a day largely filled with failure."

Some of the problems identified in the report echo the criticism of law enforcement response at the time; some are new revelations. Among the mistakes:

In a statement to NPR, Charlottesville City Manager Maurice Jones said that the city does "not agree with every aspect of the report's findings," but it is thankful for the work of the reviewers.

"We faced an unprecedented series of protests and demonstrations this summer, culminating with the Unite the Right Rally on August 12th," Jones said. "On a number of fronts, as the report acknowledges, we succeeded in protecting our City to the best of our abilities. But in other areas we, and our law enforcement partner in the Virginia State Police, undoubtedly fell short of expectations, and for that we are profoundly sorry. This report is one critical step in helping this community heal and move forward after suffering through this summer of hate."

Police Chief Al Thomas Jr. released a statement saying, "My hope now is that, as we move forward ... we can learn from the productive elements of this report, work together to address our shortcomings and recommit ourselves to serving the public in a way that gives our citizens the utmost confidence in their safety and wellbeing."

After documenting what went wrong, the report also had a number of recommendations for Charlottesville and other municipalities that need to prepare for similar "mass unrest events."