Accessibility links
Californian Archaeologists Unearth A Not-So-Ancient Egyptian Sphinx : The Two-Way Archaeologists in Guadalupe, Calif., were startled by a peculiar discovery: A relic from Cecil B. DeMille's 1923 biblical film The Ten Commandments. 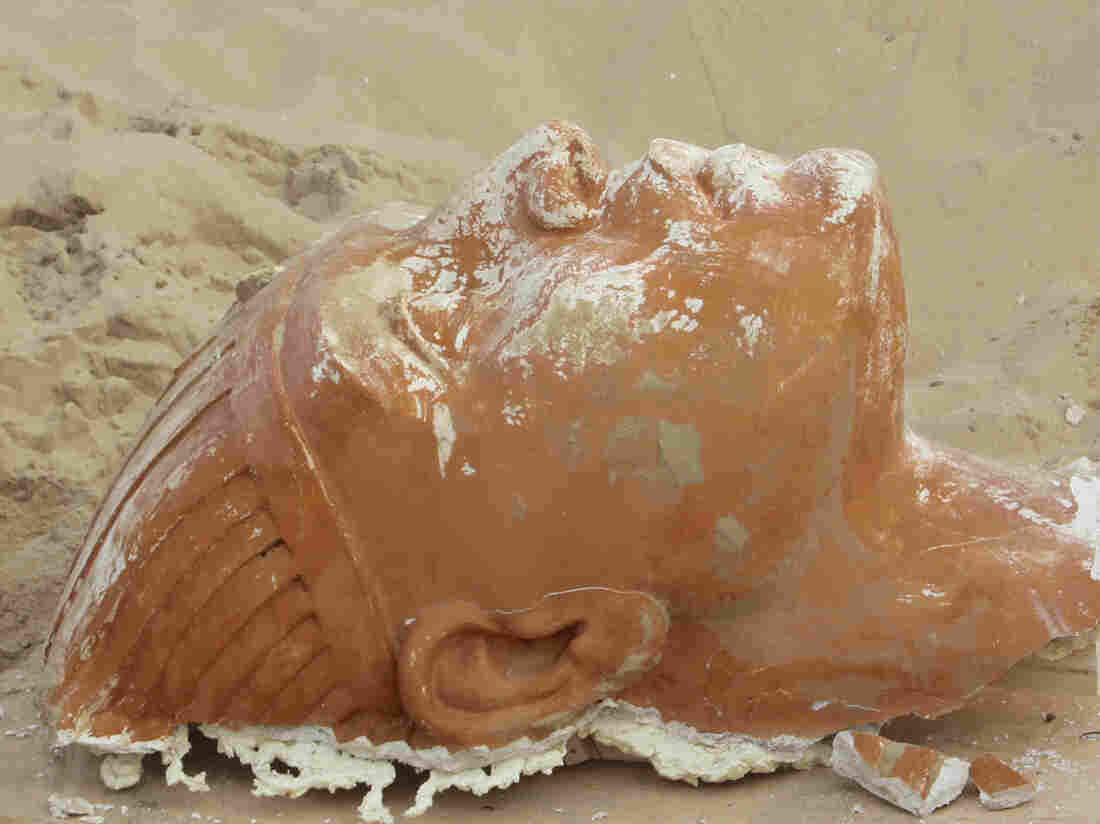 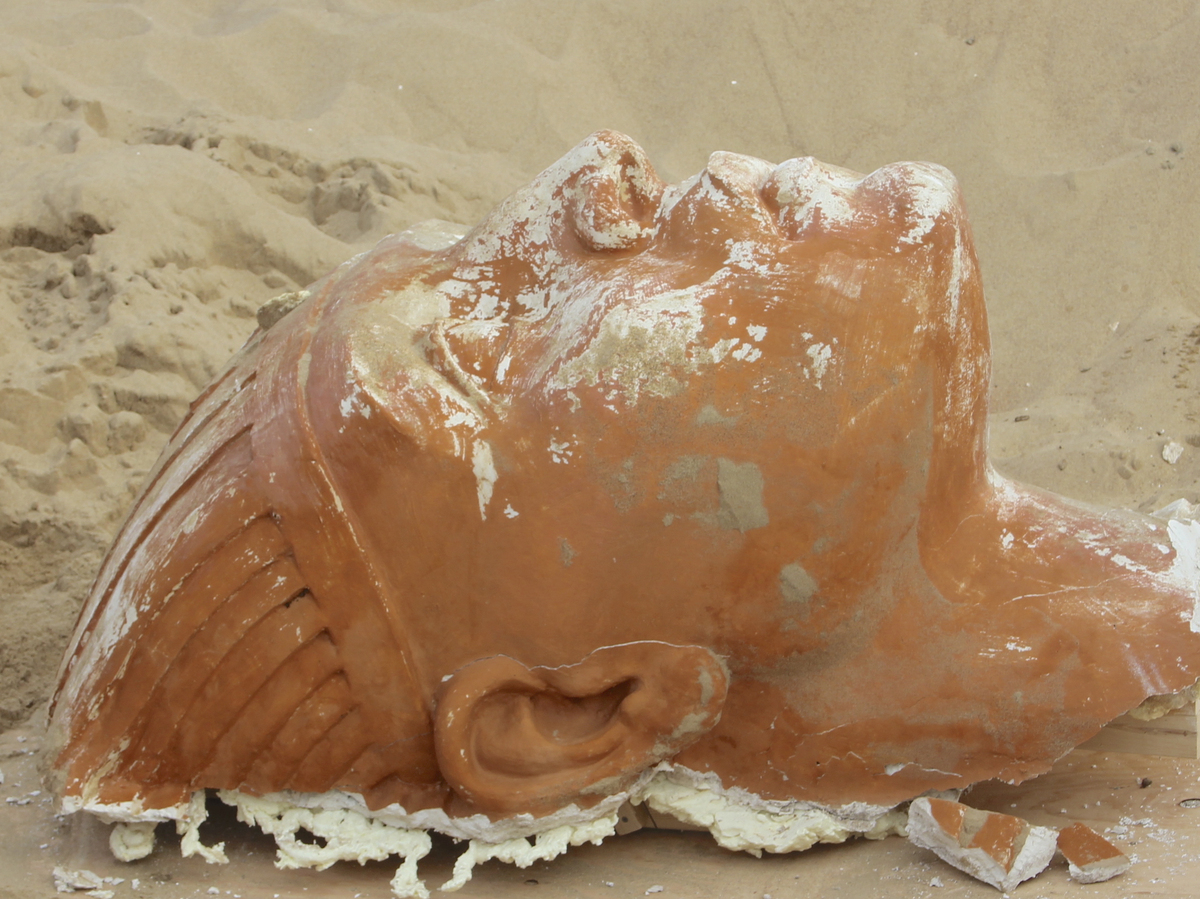 The 300-pound sphinx is the second recovered from the Guadalupe-Nipomo Dunes.

Unlike the Great Sphinx of Giza, which was made of bedrock, this sphinx was made from plaster. And it wasn't carved by the ancient Egyptians, but molded by designers on the set of Cecil B. DeMille's 1923 biblical film The Ten Commandments.

The film featured thousands of actors and actresses, and the director commissioned famed art deco designer Paul Iribe to construct an ancient Egyptian palace for the film's backdrop. Iribe's final product was the largest set design of its time and included more than 20 sphinxes.

After filming was complete, the 12-story set was too expensive to dismantle —and too valuable to leave for rival film studios to pilfer. In a move just as ambitious as his filmmaking, DeMille, who created a second version of the film in 1956, ordered the set buried at a location unknown to the public. 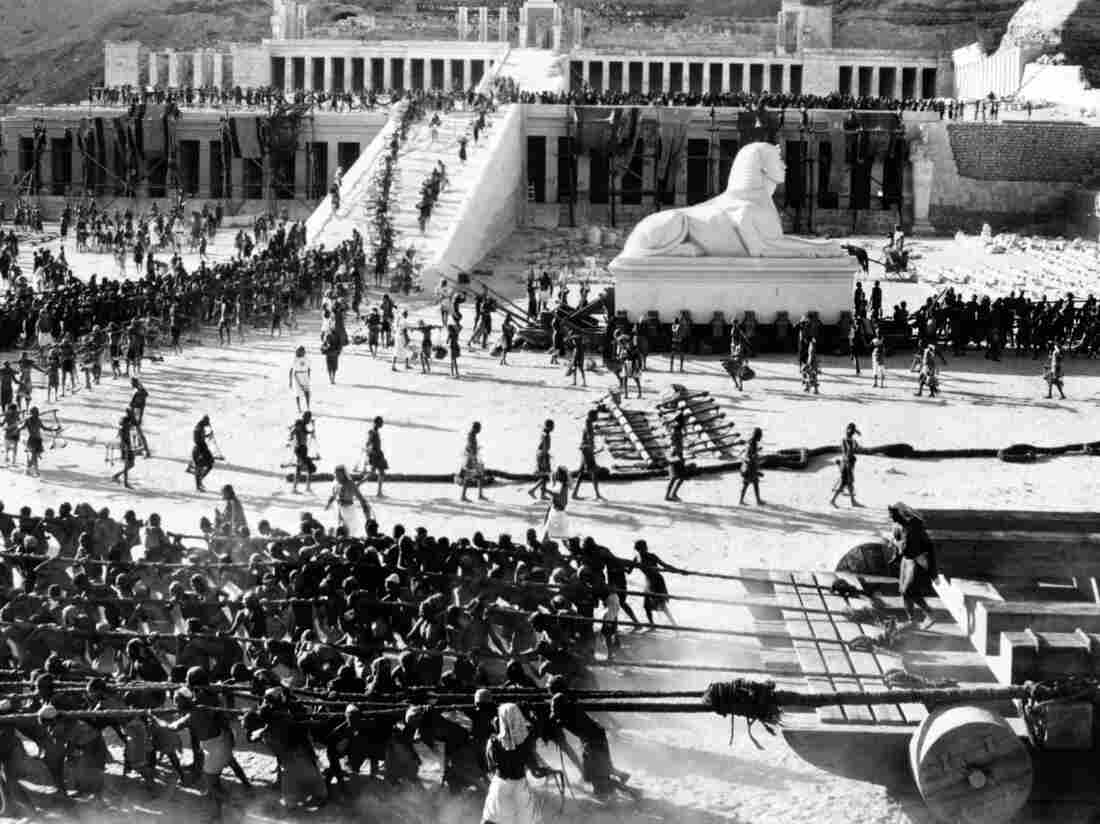 The 12-story set of 1923's Ten Commandments was too expensive to dismantle, so it was buried at a location unknown to the public. Mondadori Portfolio/Mondadori via Getty Images hide caption 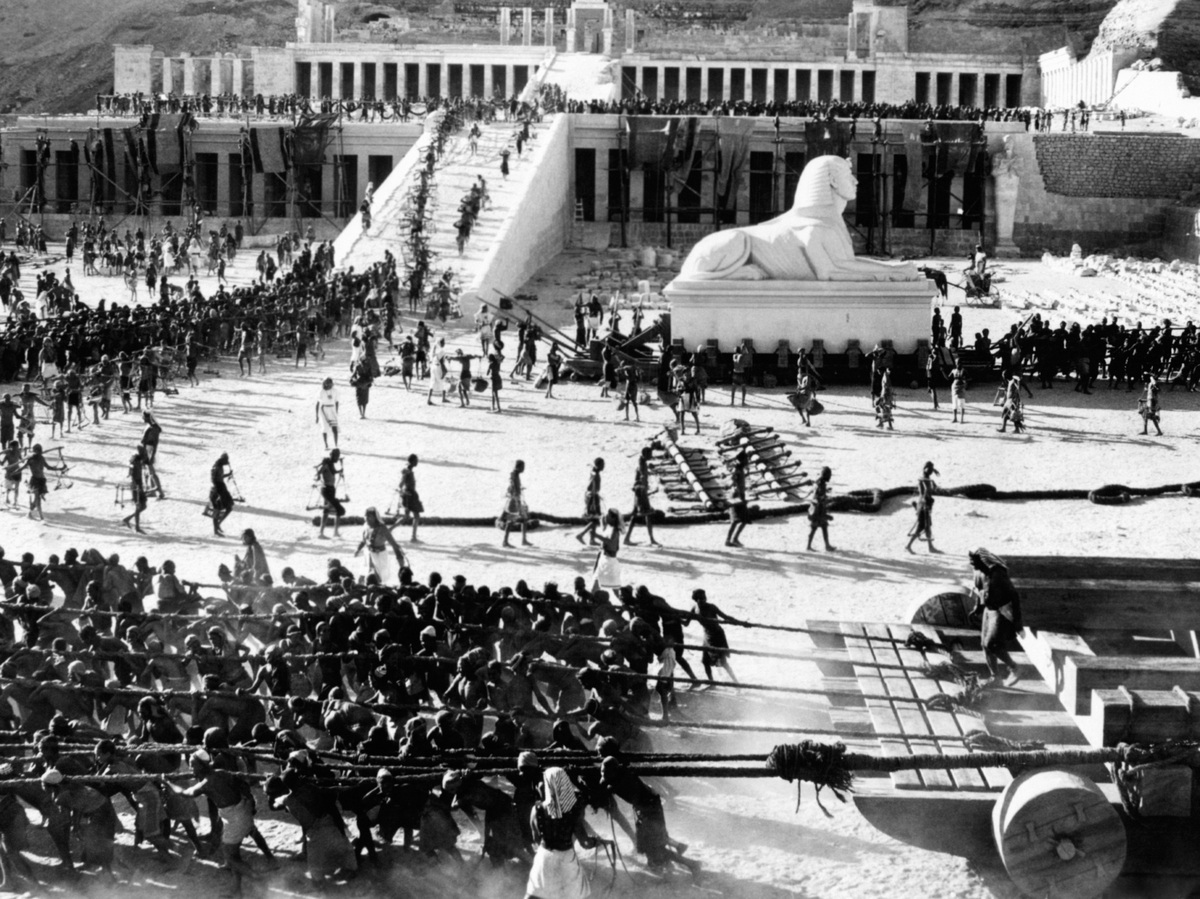 The 12-story set of 1923's Ten Commandments was too expensive to dismantle, so it was buried at a location unknown to the public.

Director Peter Brosnan and other filmmakers began searching for DeMille's lost city in Californian dunes in the mid 1980s. In 1990, after receiving a $10,000 grant to fund his archaeology, Brosnan found the very first sphinx buried in Guadalupe, Calif., a small city about 175 miles from Los Angeles.

The Guadalupe-Nipomo Dunes Center has found several significant DeMille artifacts in the past few years. "Given that these objects have lasted 94 years, even though they were only built to last for two months during filming— it really speaks to the craftsmanship and the level of skill that the artisans could build," Doug Jenzen, executive director of the center where the recent sphinx was found, told CBS This Morning.

The center has good news for Hollywood classic buffs, faux Egyptian aestheticians, and amateur archaeologists alike: It will begin displaying the sphinx and other artifacts from DeMille's lost city next year.

A previous version of this story referenced the set of Cecil B. DeMille's 1956 biblical film The Ten Commandments. The correct year is 1923. DeMillle directed a second, expanded version of the story in 1956. In addition, the story incorrectly suggested the 1923 film is among the highest-grossing when adjusted for inflation and that its budget was more than $13 million. Both of those are true for the 1956 version. Also, the story stated that the sphinx was made of plastic; it was plaster.