Accessibility links
Hawaii Initiates A New Monthly Test Of A Nuclear Siren : The Two-Way A wailing siren sounded across Hawaii as the state tested its attack warning system. 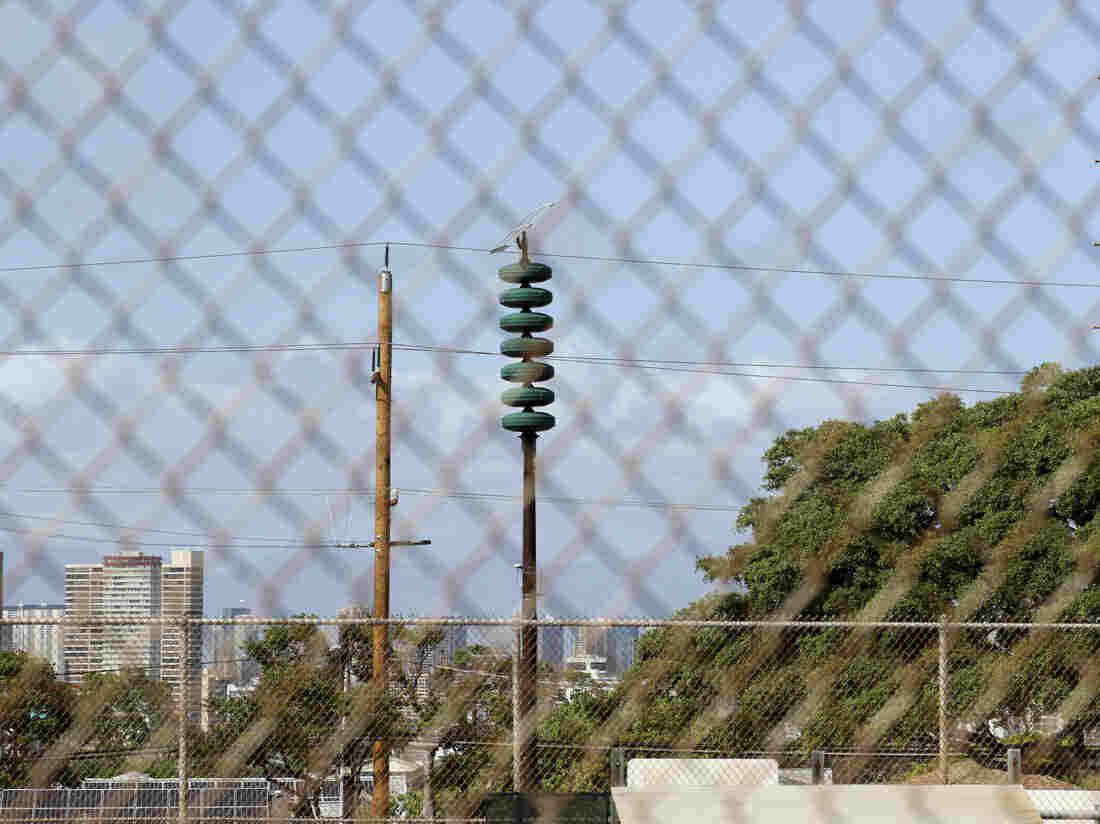 A Hawaii Civil Defense Warning Device, which sounds an alert siren during natural disasters, is shown in Honolulu on Wednesday.

The state says that an attention alert signal — a steady, minute-long beep — informs residents to turn on a radio or television for information and instruction for an impending emergency, and if in a coastal area, to evacuate to higher grounds. The new nuclear attack warning signal — a wailing, minute-long beep — will follow the attention alert signal, and direct residents to seek immediate shelter, and to remain sheltered until an all-clear message is broadcast over radio or television.

The tests have been scheduled since early November, and were implemented just days after North Korea claimed that a new intercontinental ballistic missile it tested has a nuclear deterrent that can reach the United States, as NPR's Geoff Brumfiel reported.

The alarm is heard in Waikiki, a beachfront neighborhood in Honolulu.

President Trump responded to North Korea's first nuclear test during his presidency with a tweet saying that "major sanctions will be imposed on North Korea... This situation will be handled!"

Officials focused on the necessity for precautions. "We believe that it is imperative that we be prepared for every disaster, and in today's world, that includes a nuclear attack," Gov. David Ige said this week. He added that the possibility of a nuclear strike is very slim.

"We should all prepare and exercise a plan ahead of time so we can take some comfort in knowing what our loved ones are doing," said Vern Miyagi, administrator of the Hawaii Emergency Management Agency, in an interview with the Honolulu Star-Advertiser.

The Washington Post reported that some elementary schools in Hawaii have kept students busy working with their families to assemble "small packages of family photos and comfort foods to help keep students calm in the event of a nuclear attack during classroom hours."

The state plans to continue testing its emergency sirens on 11:45 a.m. of the first business day of every month.