Accessibility links
Grassley: Ending Estate Tax Recognizes Investors Over Spenders : The Two-Way The Iowa Republican senator tells The Des Moines Register that eliminating the so-called death tax isn't targeted at those who are spending everything they earn "on booze or women or movies." 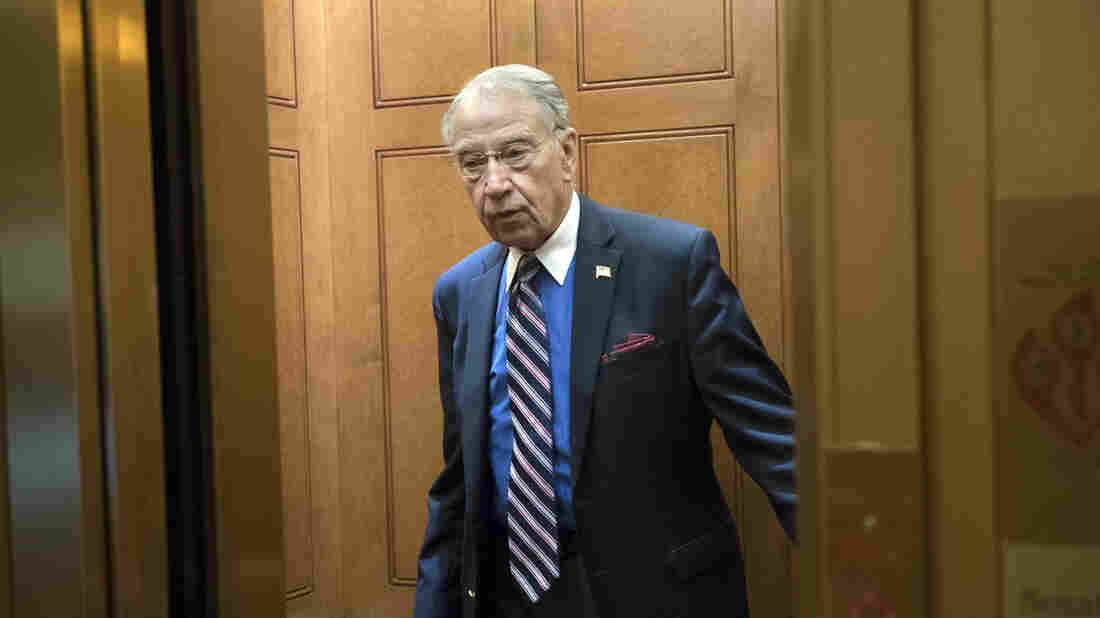 Sen. Chuck Grassley, R-Iowa, arrives at the Capitol in Washington, in a photo from September. J. Scott Applewhite/AP hide caption 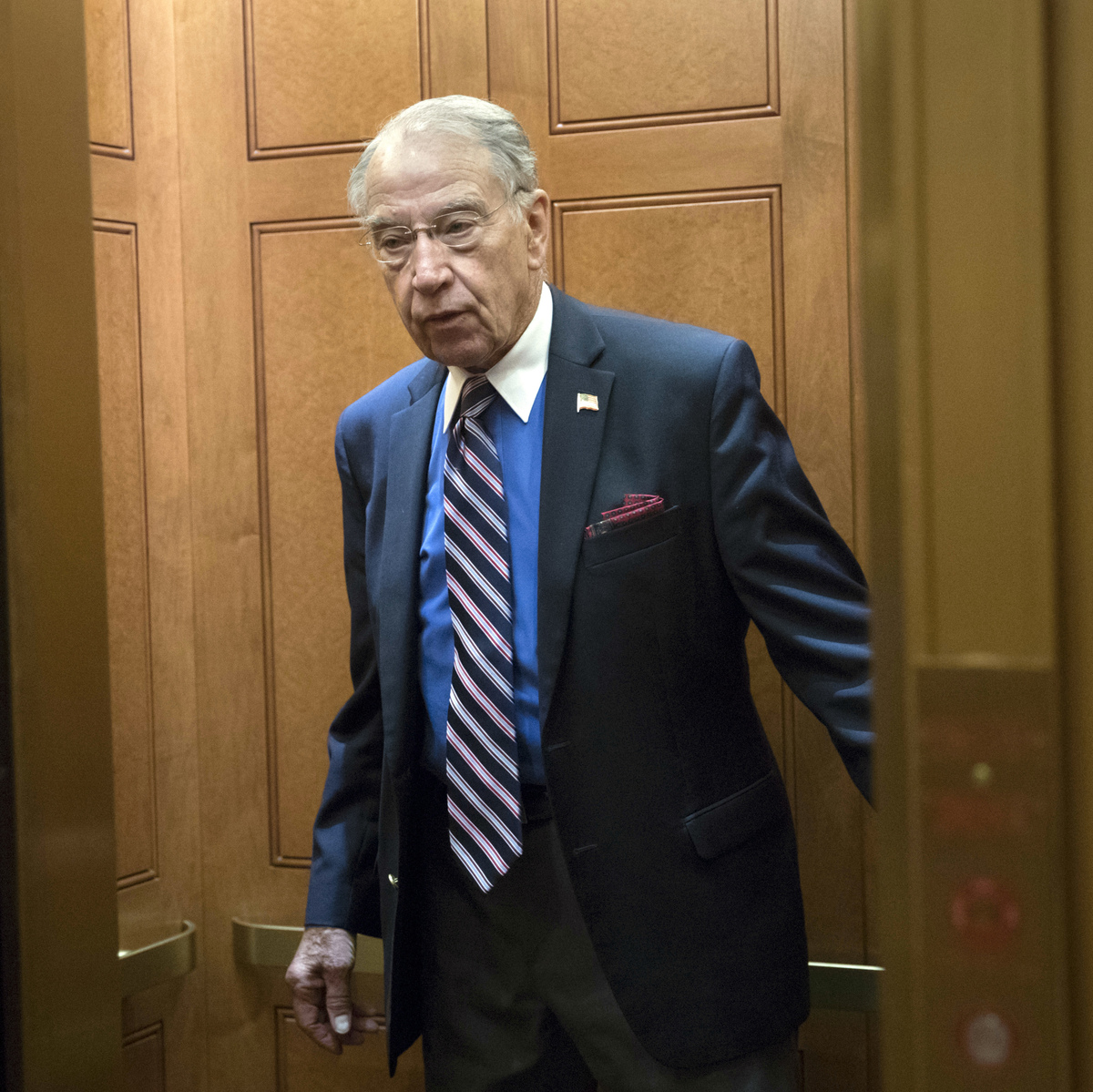 Sen. Chuck Grassley, R-Iowa, arrives at the Capitol in Washington, in a photo from September.

Iowa Republican Sen. Chuck Grassley, commenting on the GOP tax overhaul, tells The Des Moines Register that ending the estate tax is about rewarding people who invest over those who spend everything they earn on "booze or women or movies."

A promise to end the so-called death tax has been a bulwark of Republican electoral politics for decades. A House version of the bill would do just that by 2024; however, the Senate's version of the tax overhaul, which narrowly passed the chamber early Saturday, would keep it, but instead double the current exemption to $11 million from $5.5 million per individual. For married couples, the current exemption is already at $11 million.

"I think not having the estate tax recognizes the people that are investing, as opposed to those that are just spending every darn penny they have, whether it's on booze or women or movies," Grassley, a member of the Senate Finance Committee, told the Register on Saturday.

The senator's remarks elicited a harsh response on social media, with one Twitter user commenting: "I'm sure those folks would love to invest, but they're a bit preoccupied just trying to make ends meet."

Grassley of course forgets about those who spend just about every darn penny they have on food, housing, and healthcare. I'm sure those folks would love to invest, but they're a bit preoccupied just trying to make ends meet.
#Grassley #GOPTaxScam https://t.co/DdGZcRu4n6

The elimination of the estate tax benefits a tiny fraction of taxpayers. The nonpartisan Center on Budget and Policy Priorities estimates that for 2017, fewer than 2 in 1,000 estates will owe any estate tax, or about 0.2 percent.

Grassley has been an especially strong proponent of ending the estate tax, claiming that it hurts Iowa families trying to pass their farms from one generation to the next. But in an editorial published over the weekend, the Register wrote: "a review of federal tax data and nonpartisan research on the subject shows that family farmers and small business owners represent a tiny share of estate tax payers, and that the taxes they owe rarely force them to sell land or quit farming."

"The estate tax is one of a few significant differences between the tax reform bills passed by each chamber of Congress. Another is that the Senate bill repeals the ObamaCare individual mandate.

Republican lawmakers have expressed optimism they will be able to hash out the differences in a joint committee, and deliver a bill to President Trump by the end of the year."

A previous version of this story cited an estimate that fewer than 2 in 1,000 estates, or about 0.002 percent, will owe any estate tax this year. Actually, the correct figure is 0.2 percent.