Accessibility links
Billy Bush: 'Of Course' It's Trump's Voice On 'Access Hollywood' Tape : The Two-Way The former NBC host who is the other off-camera voice heard on the lurid tape says reports that the president now questions the recording's authenticity "hit a nerve." 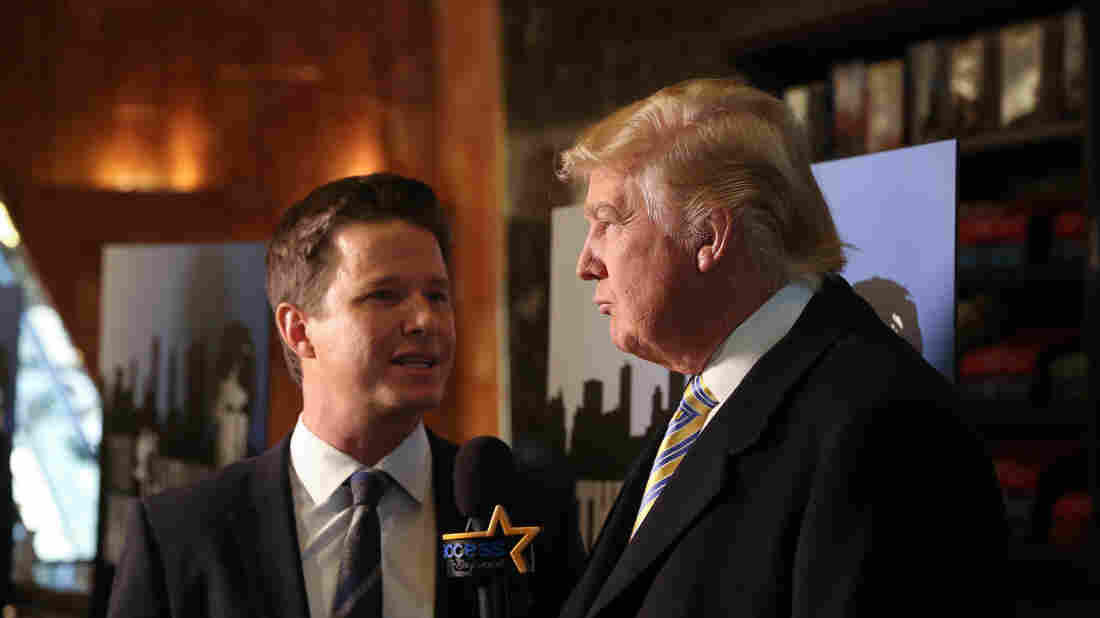 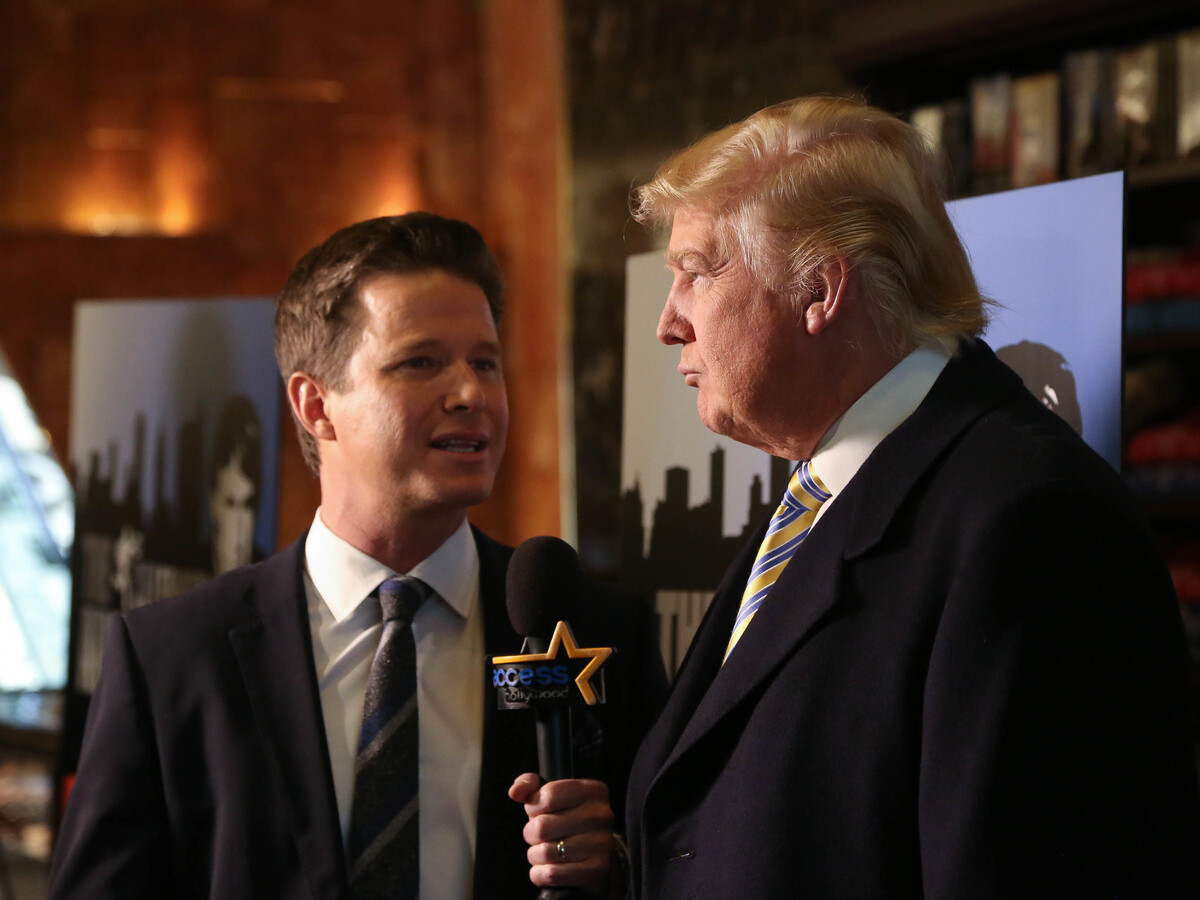 Amid reports that President Trump has privately backtracked on his acknowledgement during the 2016 campaign that the voice on the infamous Access Hollywood tape is his, the other person heard in the recording writes: "Of course he said it."

The lurid tape recorded on a bus in 2005 includes off-camera comments by Trump in which he brags that he could "grab" women by the genitals because he's a television star. It surfaced in the final weeks of the 2016 presidential race and briefly threatened to derail Trump's campaign.

In an opinion piece that appeared in Sunday's New York Times, former Access Hollywood host Billy Bush, who is heard on the tape laughing and commenting at Trump's remarks, writes:

"Of course he said it. And we laughed along, without a single doubt that this was hypothetical hot air from America's highest-rated bloviator. Along with Donald Trump and me, there were seven other guys present on the bus at the time, and every single one of us assumed we were listening to a crass standup act. He was performing. Surely, we thought, none of this was real."

When the tape first emerged in October, weeks before the election, Trump – under pressure from his advisers – issued a videotaped apology, admitting: "I said it. I was wrong. And I apologize." The then-candidate, his wife Melania and members of the campaign staff dismissed the strong language on the recording as "locker-room talk."

But The New York Times reports that shortly after his victory last year, Trump began questioning the tape's authenticity. The newspaper writes that he told one Republican senator that he wanted to investigate the tape, saying "We don't think that was my voice." The Times, quoting others close to the president, says since then Trump has continued to suggest the voice on the tape is not his.

In the Times editorial, Bush, who was fired from his job on NBC's Today show after the tape's release, says the reports that the president is trying to deny the authenticity of the tape, "has hit a raw nerve in me." But Bush acknowledged that at the time it was recorded, The Apprentice made Trump NBC's biggest star and that everyone at the network "had to stroke the ego of the big cash cow along the way to higher earnings."

Axios reports — citing an early copy of a new book by former Trump campaign officials Corey Lewandowski and Davie Bossie — that when a Washington Post reporter sought comment from the campaign ahead of the first story on the tape: "Trump looked at a transcript and said 'that doesn't sound like something I would say.' It was Bossie, who served as the deputy campaign manager, who played the video for Trump on his iPad. The campaign came up with the response that it was 'locker room' talk."