Accessibility links
'Don't Be A Binner': U.K. Grocery Chain To Sell Products Past 'Best Before' Dates : The Two-Way The company hopes to sell consumers on the idea, launching a marketing campaign with slogans such as "Don't be a binner, have it for dinner!" and "It's not nice to get dumped."

To Cut Waste, U.K. Grocery Chain Will Sell Products Past 'Best Before' Dates

To Cut Waste, U.K. Grocery Chain Will Sell Products Past 'Best Before' Dates 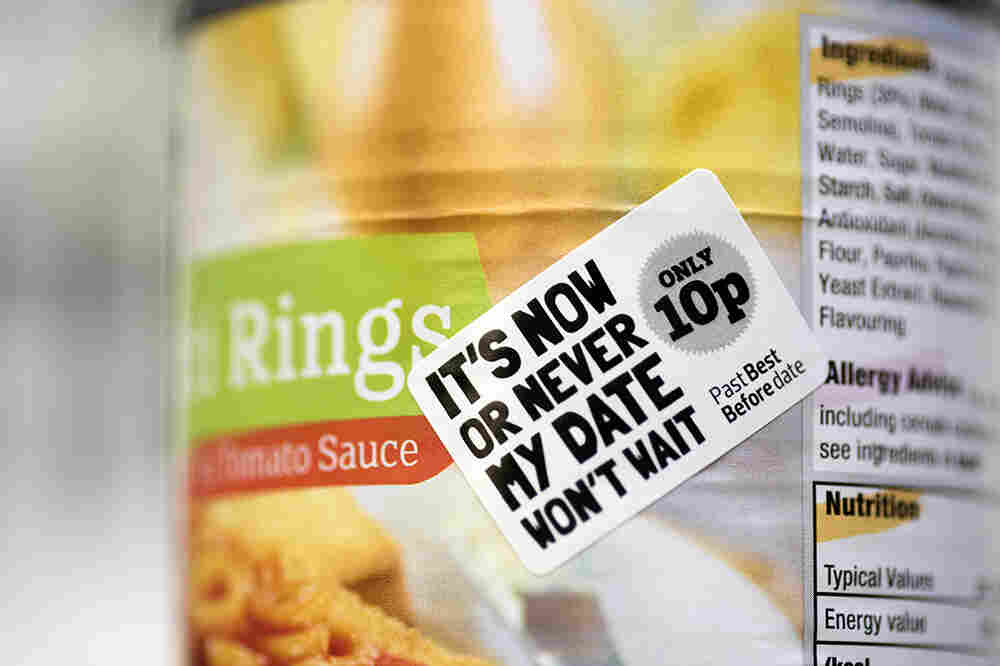 An English grocery chain says it is now selling products up to a month past their "Best By" dates in an effort to reduce food waste. Anglia Picture Agency/Ashley Pickering/Anglia Picture hide caption 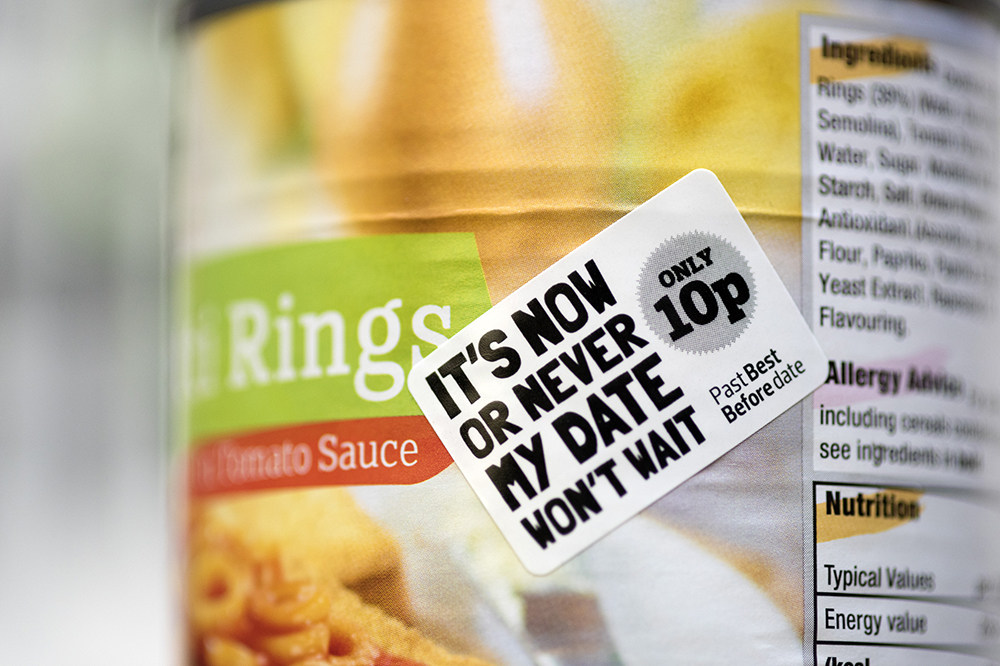 An English grocery chain says it is now selling products up to a month past their "Best By" dates in an effort to reduce food waste.

When we're grocery shopping, most of us don't seek out foods that have passed their "Best Before" dates. But a chain of grocery stores in England is asking consumers to do just that.

In an effort to reduce food waste, the East of England Co-op says that it is now selling items that are up to a month past their "Best By" dates in its 125 outlets, with prices reduced to just 10 pence (about 13 cents).

To sell consumers on the initiative, the co-op has launched a marketing campaign with slogans such as "Don't be a binner, have it for dinner!" and "It's not nice to get dumped." The company, which bills itself as the "biggest independent retailer in East Anglia," said that in a trial at 14 of its stores, shoppers bought the items just hours after the prices were slashed.

For Food Manufacturers, 'Sell By' Labels May Have Reached Their Expiration Date

"The vast majority of our customers understand they are fine to eat and appreciate the opportunity to make a significant saving on some of their favourite products," Roger Grosvenor, joint chief executive at the East of England Co-op, said in a statement. "This is not a money making exercise, but a sensible move to reduce food waste and keep edible food in the food chain. By selling perfectly edible food we can save 50,000 items every year which would otherwise have gone to waste."

The Food Standards Agency says the U.K. throws away nearly 8 million tons of food and drink each year, with its manufacturing and retail sector wasting an additional 2 million tons. The co-op anticipates that its new program will save more than two tons of food waste annually.

The move joins other global efforts to reduce food waste as a result of labels that give consumers the impression that foods shouldn't be eaten after their "best by" or "sell by" dates.

"Most foods are safe to eat even after that 'sell by' date has passed. They just may not taste as good, because they're not as fresh anymore. Companies use the labels to protect the reputation of their products — they want consumers to see and consume their food in as fresh a state as possible. But those dates often have the perverse effect of convincing over-cautious consumers to throw perfectly good food into the trash.

"[In the U.S.] expiration dates on food are not required by any federal law, although some states require such dates on meat or milk. As a food product passes its 'expiration' date, it may get stale, and some products, like milk, may go sour. But according to food safety experts, most spoiled foods, though unpalatable, aren't particularly hazardous.

Grocery manufacturers and retailers in the U.S. launched an initiative in February to reduce food waste caused by confusing labels, and encouraged food companies to start using just two phrases: "Best If Used By" for most products that might taste less good over time but are still safe to eat, and "Use By" for highly perishable products like seafood that could get less safe over time.

The East of England Co-op says it has also begun closely monitoring waste in each store so it can reduce or remove product lines that generate too much waste, and it's reducing prices on items nearing their "Use By" dates to speed their sale.

The company says it can't donate such items to food banks because they don't accept food after its "Best By" date has passed.