Accessibility links
Venezuela Will Create New 'Petro' Cryptocurrency, President Maduro Says : The Two-Way President Nicolás Maduro says Venezuela will use the "petro," backed by oil reserves and other natural resources, to defeat a financial blockade on his country. 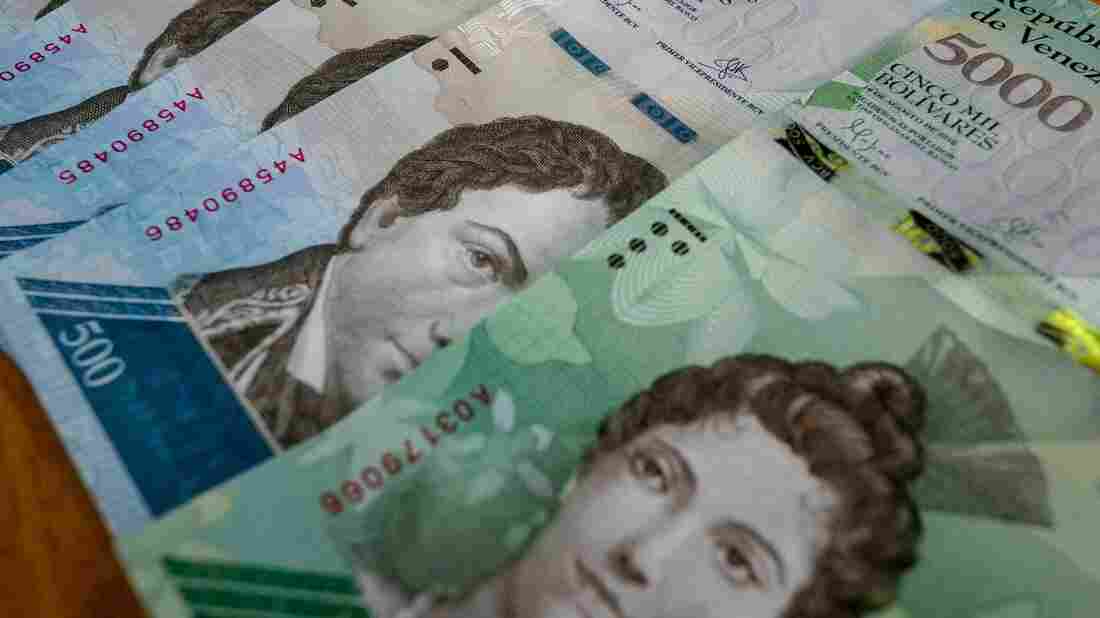 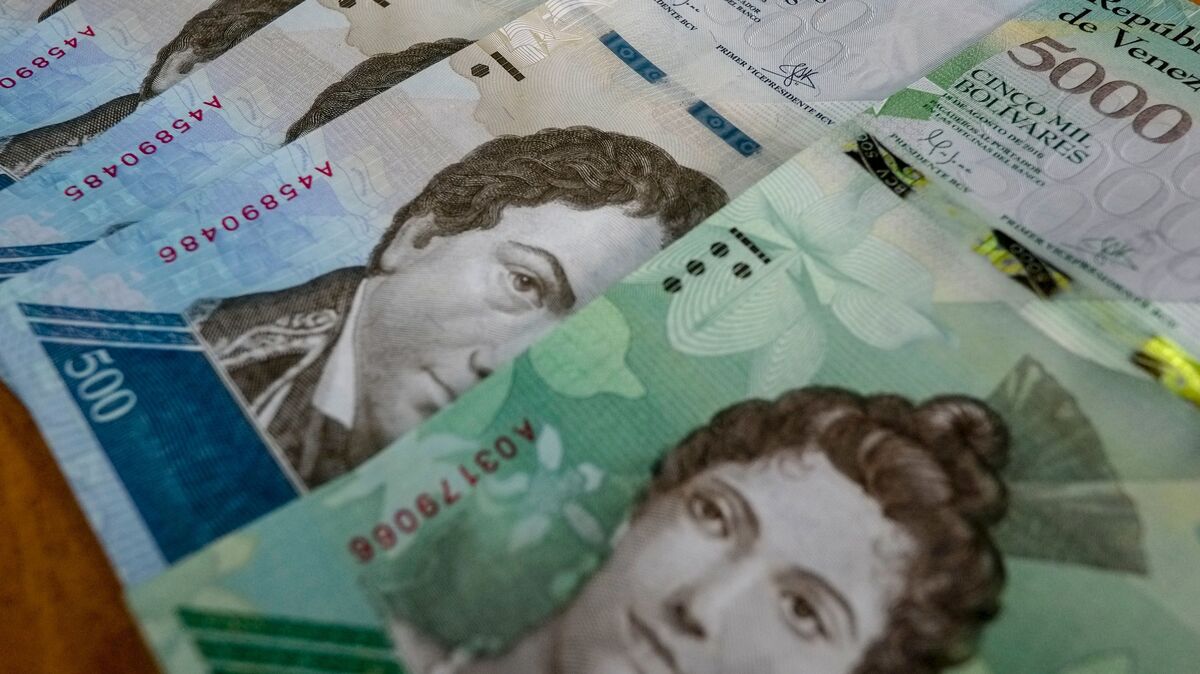 Faced with rocketing inflation and low oil prices, Venezuela has introduced new, larger banknotes this year. Now the country is planning a cryptocurrency tied to its oil reserves.

Venezuelan President Nicolás Maduro says his country will create a cryptocurrency system called the "petro," backed by oil reserves and other natural resources, in his latest attempt to cope with an abysmal national economy and multiple rounds of U.S. sanctions.

"Venezuela will create a petromoneda cryptocurrency to advance the matter of monetary sovereignty," Maduro said, "as it will help defeat the financial blockade and move toward new forms of international financing for the economic and social development of the country."

The petro will be backed by strategic reserves of oil, gold, gas and diamonds — tangible support that the government hopes will help it fight both sanctions and Venezuela's high inflation rate.

"We joined the world of the 21st century," Maduro said as he unveiled the plan at a science and technology fair, according to Venezuelan state TV — which calls the petromoneda "the next step of the technological evolution of humanity" that will do away with banks' bureaucracy as well as paper money.

In addition to the cryptocurrency, Venezuela's government is also establishing the Blockchain Observatory, to act as "an institutional, political and legal base" for the launch of the petro cryptocurrency, according to an announcement from Maduro's office.

The plan has drawn both criticism and support. Cryptocurrency expert Max Keiser welcomed the news by saying, "Necessity is the mother of invention." While acknowledging the challenge Venezuela faces, Keiser wrote on Twitter, "As a crypto and digital currency pioneer and inventor, I support this initiative and encourage others to do same."

Necessity is the mother of invention. Venezuela is attempting to fight hyperinflation with a new (hopefully, if done right) deflationary crypto currency, the “petro”. As a crypto and digital currency pioneer and inventor, I support this initiative and encourage others to do same.

But some others were less enthused. One bitcoin trader responded to Keiser's tweet by pointing out potential pitfalls for the petro: "I bet is centrally controlled, reversible, non-private and close source."

Questions remain about how the new cryptocurrency will be rolled out and whether it might be linked to established digital currencies such as bitcoin or Ethereum. Economist Jean Paul Leidenz warned via Twitter that the system could merely reinforce hyperinflation — which could then disproportionately harm Venezuelans who use only the bolivar currency.

Maduro announced the petro plan one year after he unveiled another unorthodox approach to massive inflation rates: pulling what had been Venezuela's widely used, large bank note — the 100-bolivar note — from circulation and replacing it with a 500-bolivar note. That plan sparked looting and protests, forcing the government to put off the change until a smoother transition could be made.

Early this year, Venezuela released a note worth 20,000 bolivars. When it put a 100,000-bolivar note into circulation a few weeks ago, the new currency was worth $2.42 on the black market, Bloomberg News reported.

The crisis has led to shortages of medicine and food — prompting Maduro to unveil Plan Conejo, or "Plan Rabbit," a campaign to urge his 30 million constituents to eat more rabbits. But as NPR's Philip Reeves reported in September, a pilot project that distributed rabbits to be used as food stock instead saw many of the adorable animals festooned with bows and welcomed into houses.

A year ago, NPR's Planet Money called Venezuela "an economic horror story about a country that made all the wrong decisions with its oil money."