Accessibility links
Falcons Dive Like Missiles, Study Suggests : The Two-Way The same guidance principle that governs how missiles intercept moving targets also describes how the falcons, which are known to dive at 200 mph or more, plummet to catch their prey. 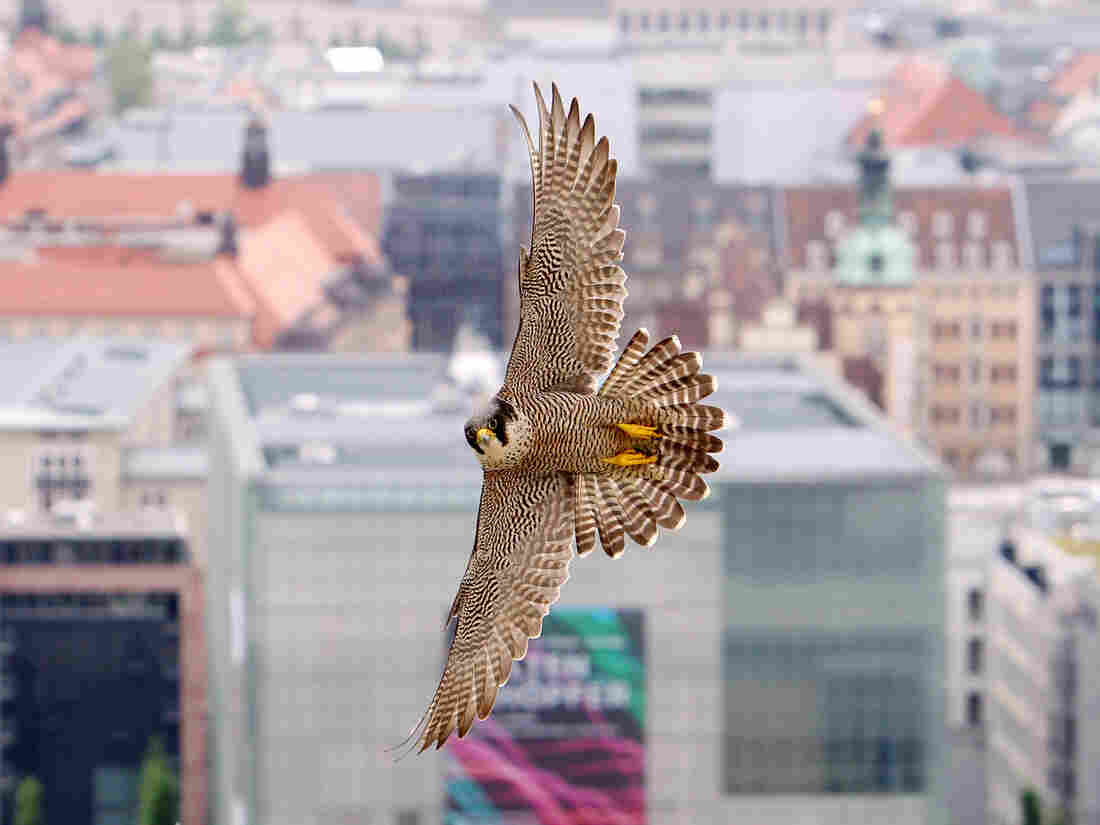 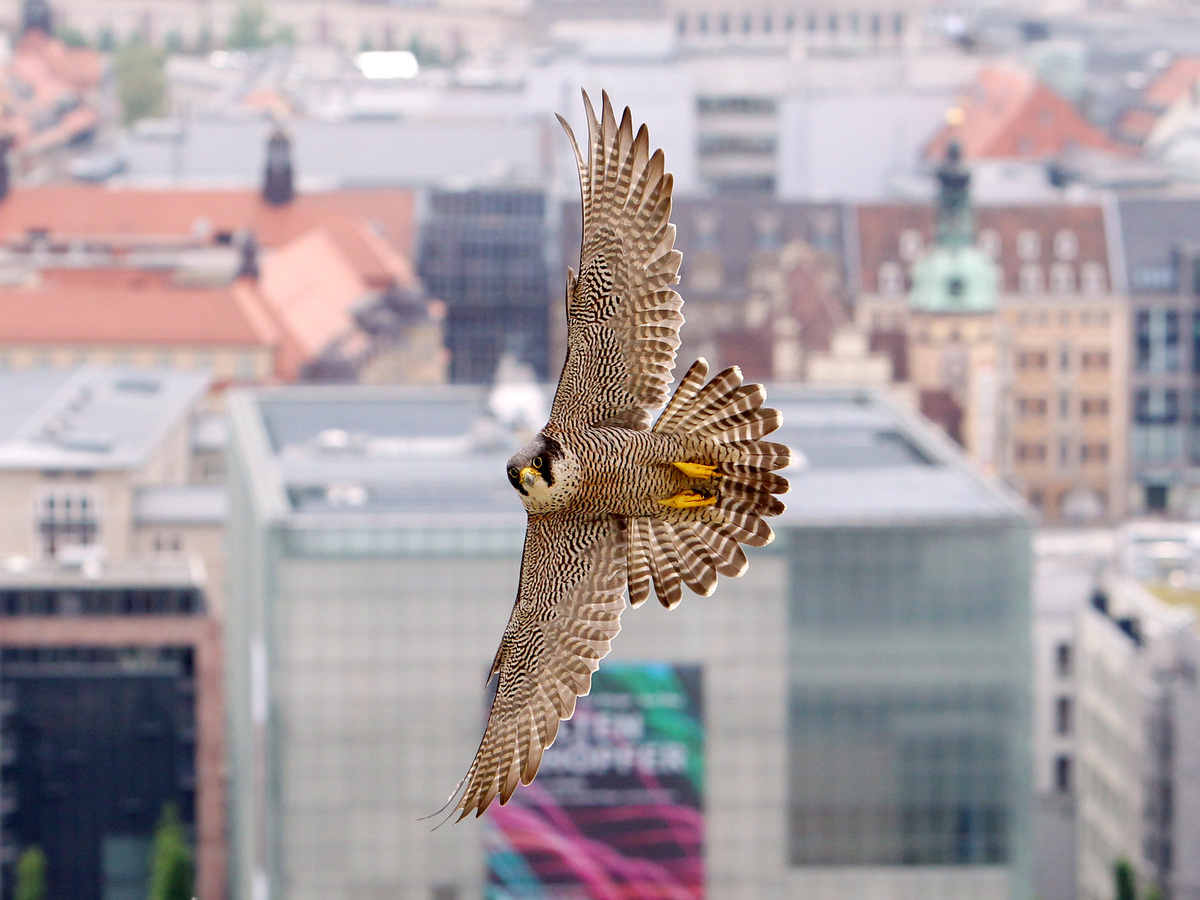 A peregrine falcon in Germany. A new study finds the birds are able to dive at high speeds and catch moving prey using a mathematical principle that also guides missiles.

Peregrines have been known to dive at 200 mph or more, plummeting toward dinner with astonishing precision. How, exactly, the birds are able to do that at such speeds has been the subject of decades of research.

For a closer look, team of scientists at Oxford University attached tiny cameras and GPS units to harnesses that falconers use to track their birds, and used the data to test a theory about how peregrines approach their prey.

"In terms of how you put it on a bird, it's sort of a bit like a rucksack," explains Graham Taylor, a professor of mathematical biology at Oxford and an author of the study published Monday in the Proceedings of the National Academy of Sciences. "It's a sort of ribbon arrangement that goes around the [bird's] chest, and then a little back plate, and the camera and GPS unit sits on that," he explains.

They had eight falcons do a total of 61 flights. In 26 of those flights, the falconer tossed a lure that looked like a small bird and the falcon dived to catch it. In the other 35 flights, a drone towed a spinning birdlike lure on the end of a string, and the falcons dived to catch the lure, ripping it off the drone. The resulting video is shaky because the bird's back moves as it flaps its wings; the bird's head, by contrast, remains almost perfectly still. A follow-up study will use head-mounted cameras.

Previous research had suggested that the birds keep a more or less constant line between themselves and their target. "That turns out to be true toward the very end of the intercept," Taylor says, but "it doesn't tell you how the bird is actually controlling its flight."

The scientists found that the path peregrine falcons take toward their prey can be described using the same guidance law, called proportional navigation, that missile engineers developed for missiles with moving targets. Think missiles launched from ships to knock out incoming projectiles.

Proportional navigation is based on the idea that if you're a missile (or a falcon) it's possible to collide with a moving object (or prey) simply by tracking how the line between you and the target is changing. That's a lot simpler than measuring your speed and its speed and your direction and its direction, and then calculating an intercept path.

And the relative simplicity of proportional navigation — making only slight adjustments to intercept prey — is important when moving at such high speeds.

"Falcons aren't doing complicated computations to figure out where the target is going to be," Taylor says, "but the behavior that you see almost looks as if they do. There is an elegance to the fact that it's the same thing control missile engineers have ended up at."

The team's findings undercut an older theory that peregrine falcons' acute sideways vision — their eyes are on the sides of their heads — is integral to their diving abilities.

"Their results lend support to the idea that falcons use a pursuit strategy determined more by efficient navigation than by novel aspects of their preferred sideways vision," Suzanne Amador Kane, who studies falcon trajectories and is the chair of the Haverford College Physics and Astronomy Department, writes in an email to NPR.

She said the study's findings are exciting, adding that "maybe there is a unified theory of falcon target navigation after all!"