Accessibility links
10 Arrested In Malta Over Assassination Of Prominent Journalist : The Two-Way Daphne Caruana Galizia, of the Mediterranean island nation of Malta, was an investigative reporter who scrutinized the corrupt and powerful. She was killed by a car bomb in October.

10 Arrested In Malta Over Assassination Of Prominent Journalist

10 Arrested In Malta Over Assassination Of Prominent Journalist 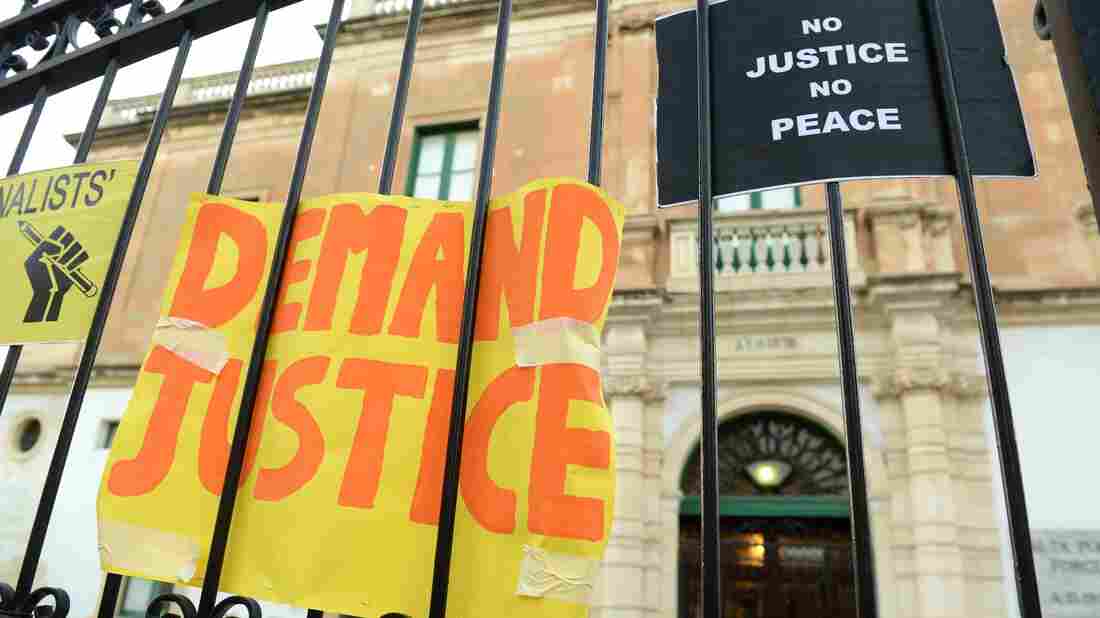 Signs are placed at the gates of the Police Headquarters in Valletta, Malta, on Oct. 22, during a rally demanding justice for murdered Maltese journalist and anti-corruption blogger Daphne Caruana Galizia. Maltese police have now arrested 10 suspects in connection to her assassination. Matthew Mirabelli/AFP/Getty Images hide caption 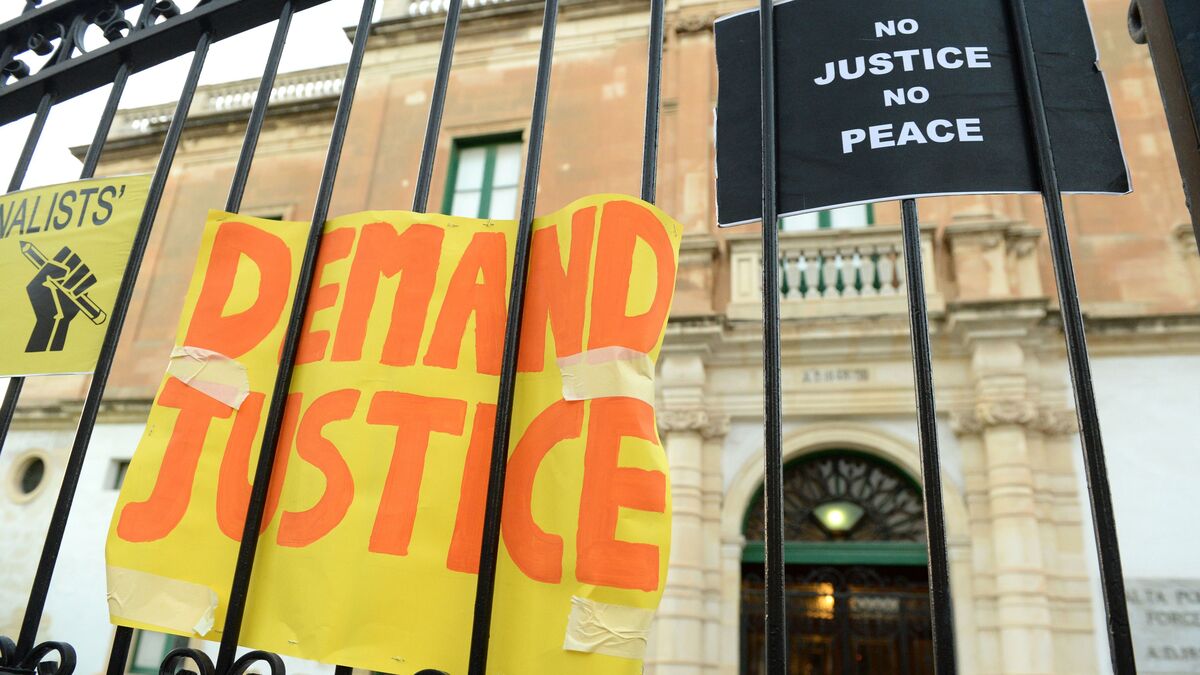 Signs are placed at the gates of the Police Headquarters in Valletta, Malta, on Oct. 22, during a rally demanding justice for murdered Maltese journalist and anti-corruption blogger Daphne Caruana Galizia. Maltese police have now arrested 10 suspects in connection to her assassination.

Maltese police have arrested 10 suspects in connection to the October assassination of investigative journalist Daphne Caruana Galizia, who was renowned for her unflinching scrutiny of the corrupt and powerful on the Mediterranean island nation.

All of the suspects are from Malta and most have criminal records, NPR's Frank Langfitt reports, citing Maltese Prime Minister Joseph Muscat.

Frank reports that the FBI is assisting with the investigation into Caruana Galizia's murder, which drew international attention:

"In October, Caruana Galizia was killed by a car bomb so big it hurled the vehicle nearly 90 yards into a field.

"Through her blog, 'Running Commentary,' she made a name for herself exposing corruption in a nation famous for it — and collecting enemies along the way.

"Caruana Galizia's critics called her a force of nature who had on at least one occasion almost single-handedly brought the government to collapse.

"Eight of the world's largest media organizations — including The New York Times and the BBC — have demanded the killers be brought to justice."

In October, NPR's Colin Dwyer reported on the impact of that widely read work:

"Caruana Galizia, a longtime columnist for the Malta Independentand prolific blogger, had spent more than a year perusing the documents included in the Panama Papers, a massive data leak that exposed the offshore bank accounts of politicians around the world. In the course of her investigations, Caruana Galizia accused several high-level Maltese officials of laundering kickbacks from wealthy Russians and Azerbaijani leaders — allegations those Maltese officials firmly denied.

"Her reportage took aim even at the pinnacles of Maltese power: Earlier this year she reported that Michelle Muscat, wife of Malta's prime minister, secretly owned a mysterious company that had received more than $1 million from Azerbaijan.

"The revelations were enough to prompt massive protests in the streets against corruption and persuade Prime Minister Joseph Muscat to call a general election in June, according to The Guardian. Muscat ultimately won that election and with it, a second term."

Caruana Galizia's son called her death "no ordinary murder," writing on Facebook, "we are a people at war against the state and organized crime, which have become indistinguishable." He was not comforted by vows from Maltese authorities that they would do their utmost to investigate the assassination.

"It is of little comfort for the Prime Minister of this country to say that he will 'not rest' until the perpetrators are found, when he heads a government that encouraged that same impunity," Matthew Caruana Galizia wrote in mid-October.

Thousands of people have attended rallies demanding justice for the murdered journalist.

Now, after the first major break in the case, distrust continues to shadow the investigation.

The Associated Press reports that Home Minister Michael Farrugia offered few details about the arrests of the 10 suspects:

"Declining to give details on the arrests, Muscat cited concerns any information could compromise prospects to successfully prosecute the case. Farrugia said he wouldn't disclose anything else because 'I have been already threatened by legal action by the Caruana Galizia family.'

"Last month, her family had alleged that Farrugia had divulged confidential information that could hamper the investigation. The minister brushed off the allegation, but the family said it was prepared to take legal action to prevent the government from sabotaging the investigation.

"On Monday, her family reacted angrily to how the arrests were announced — saying police should have informed the family, not Muscat first — and reiterating in a statement their uncertainty if justice will be carried out, despite the prime minister's public insistence earlier in the day that all would be done to solve the case. ... 'When the handling of an investigation is not sound, it is difficult to have faith in its outcome,' [the family said.]

"The investigation appeared to be continuing throughout Monday, as police and armed forces had cordoned off an area in Marsa, a small port town close to Valletta, the capital."

A court hearing is set for Tuesday.