Accessibility links
'House Of Cards' Will Get One More Season — Starring Robin Wright : The Two-Way Netflix suspended production of the final season after star Kevin Spacey was accused of sexual harassment and assault. Now it says the show will finish with eight episodes sans Frank Underwood. 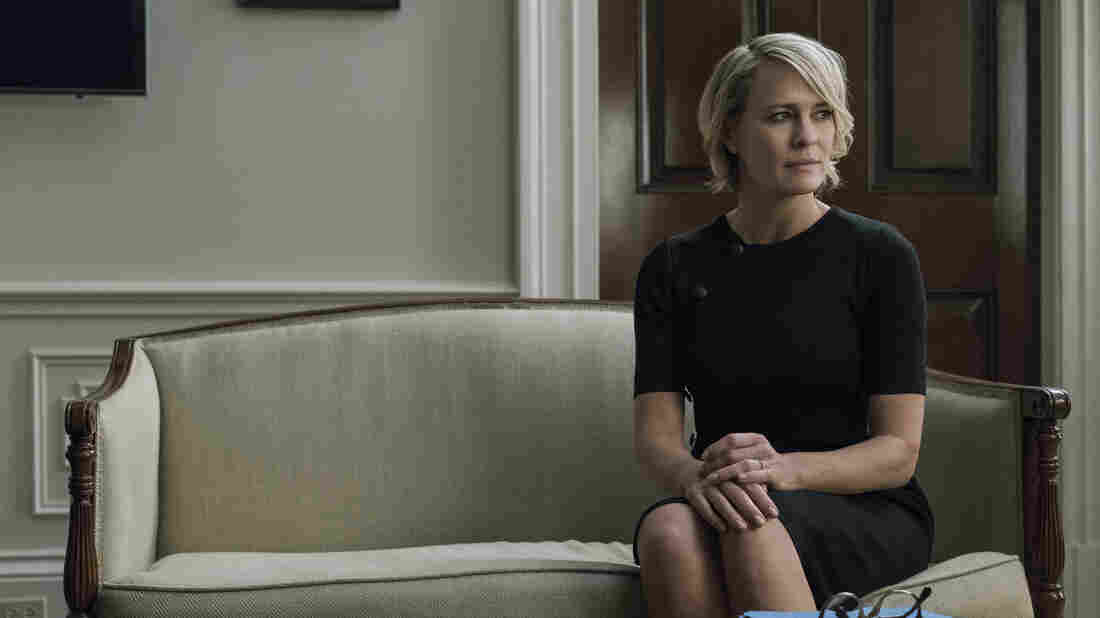 Robin Wright — shown in character as Claire Underwood in Netflix's House of Cards -- will be the lead actor in the final season of the show. Her former co-star Kevin Spacey has been accused of sexual harassment and assault. David Giesbrecht/Netflix hide caption 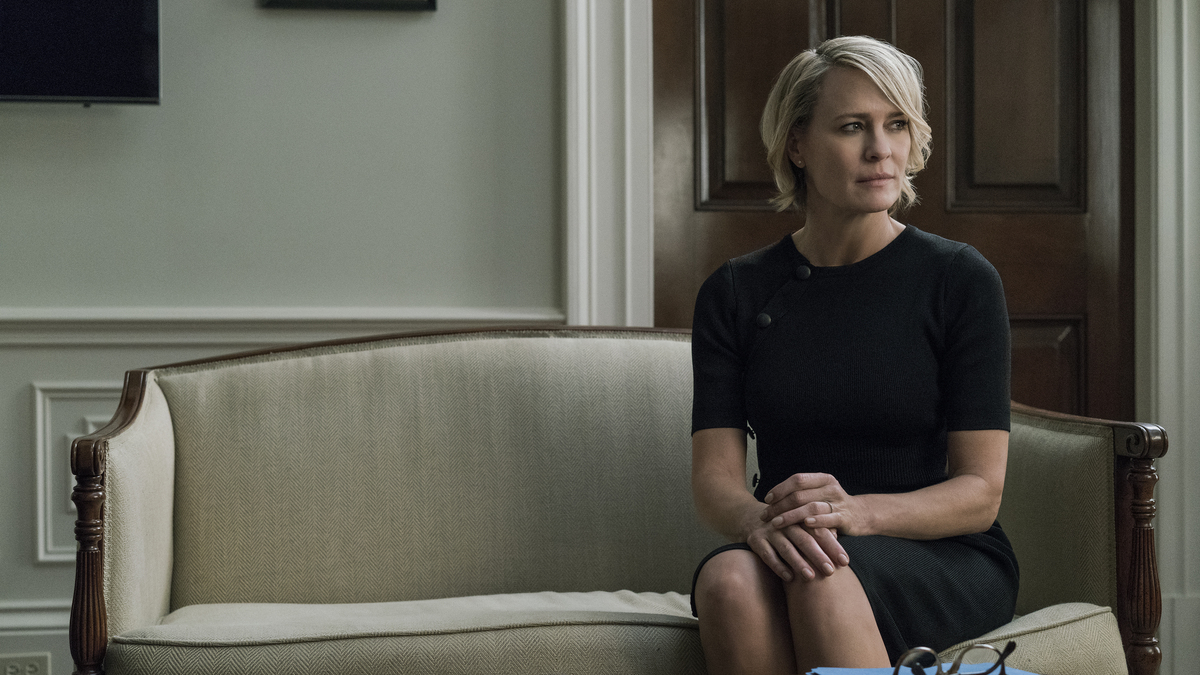 Robin Wright — shown in character as Claire Underwood in Netflix's House of Cards -- will be the lead actor in the final season of the show. Her former co-star Kevin Spacey has been accused of sexual harassment and assault.

Netflix will film eight more episodes of House of Cards, in a final season that will feature female lead Robin Wright — with former star Kevin Spacey cut out of the show completely.

After the reports began to surface in late October, Netflix announced it was cutting ties with the actor.

The fate of House of Cards, the political drama starring Spacey as scheming politician Frank Underwood, was initially unclear. The streaming platform first said it would end after the sixth season, a 13-episode arc set for release in 2018. The season had already begun filming with Spacey in the lead. Then Netflix said production of the season was suspended and the company would "evaluate our path forward as it relates to the show."

"Netflix's version of House of Cards, which Spacey helped develop as an executive producer, was the first big original series hit for the streaming service after its 2013 debut," Eric notes.

The plot of the final, shortened season will "be refocused to center on co-star" Wright, The Guardian reports.

It's not yet clear how Frank Underwood's absence will be explained within the narrative.

Wright plays Claire Underwood, who started out as a less central figure on the show than her husband. But as time went on, Wright's character — who is as savvy and strategic as her powerful, manipulative spouse — played a more and more prominent role, prompting some watchers to suggest she could anchor the show (or a spin-off) solo.

"We are excited to bring closure to fans," Netflix CEO Ted Sarandos said at a conference Monday, according to the Guardian.

Previously, as Newsweek notes, staff had been uncertain about their future. "Union members (including the cast) have been getting paid in their time off the past two months," Newsweek wrote last week. "But everyone else, from production assistants to other nonunion, hourly-wage workers, are neither on the job nor receiving paychecks."

All the cast and crew faced the possibility of losing their jobs. But for some of those staffers, it was reportedly a double whammy — because they had already been victims of the same behavior that put the show's future in question.

Current and former employees who worked on House of Cards told CNN that Spacey would target young men on the production team with "nonconsensual touching and crude comments."

Now, with the final season slated for production, some 2,000 production staffers will be able to return to work, according to the Guardian.

After the first allegation against him surfaced, Spacey issued a widely criticized statement in which he said he did not remember the incident but was sorry for the feelings the actor described, and then pivoted to come out publicly as gay. As more allegations surfaced, Spacey's representative told the press that the actor was seeking treatment.

Spacey also lost a role in an upcoming film, All the Money in the World. After initially filming the movie with Spacey as J. Paul Getty, director Ridley Scott re-shot those scenes with actor Christopher Plummer in the role instead.