Accessibility links
Supreme Court OKs Trump Travel Ban Pending Lower Court Rulings : The Two-Way "In light of its decision to consider the case on an expedited basis, we expect that the Court of Appeals will render its decision with appropriate dispatch," the order says. 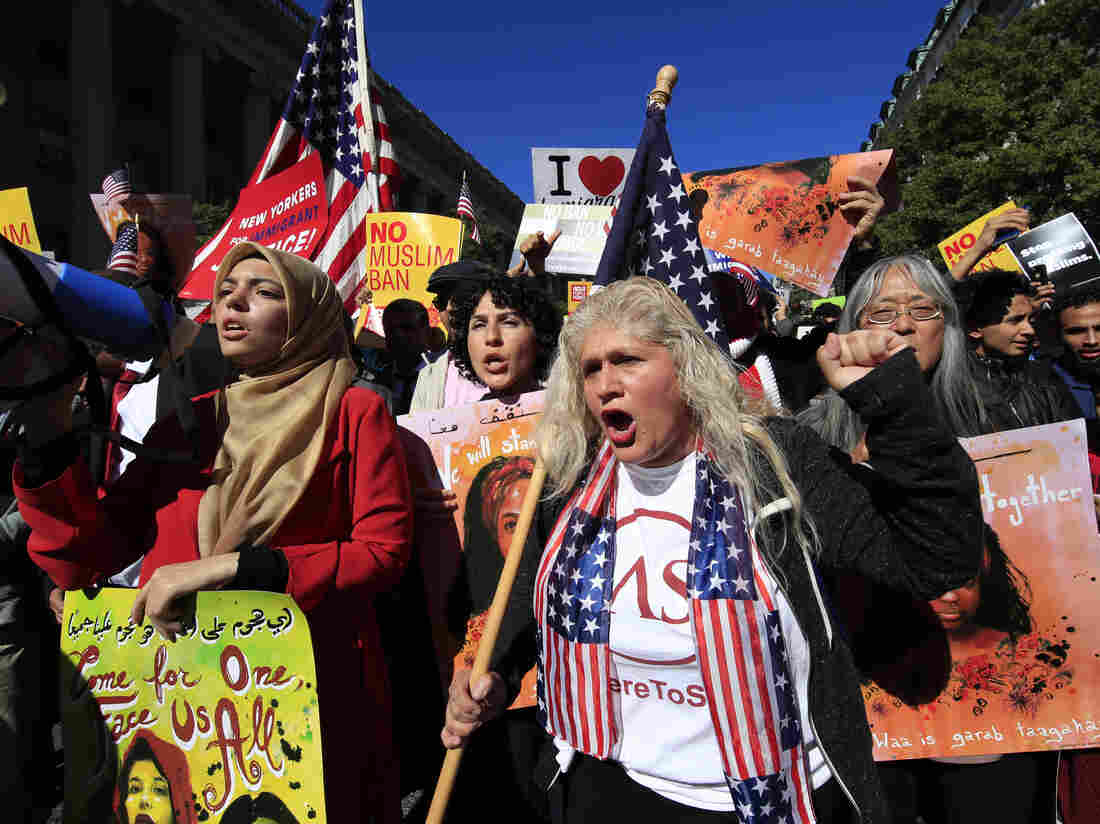 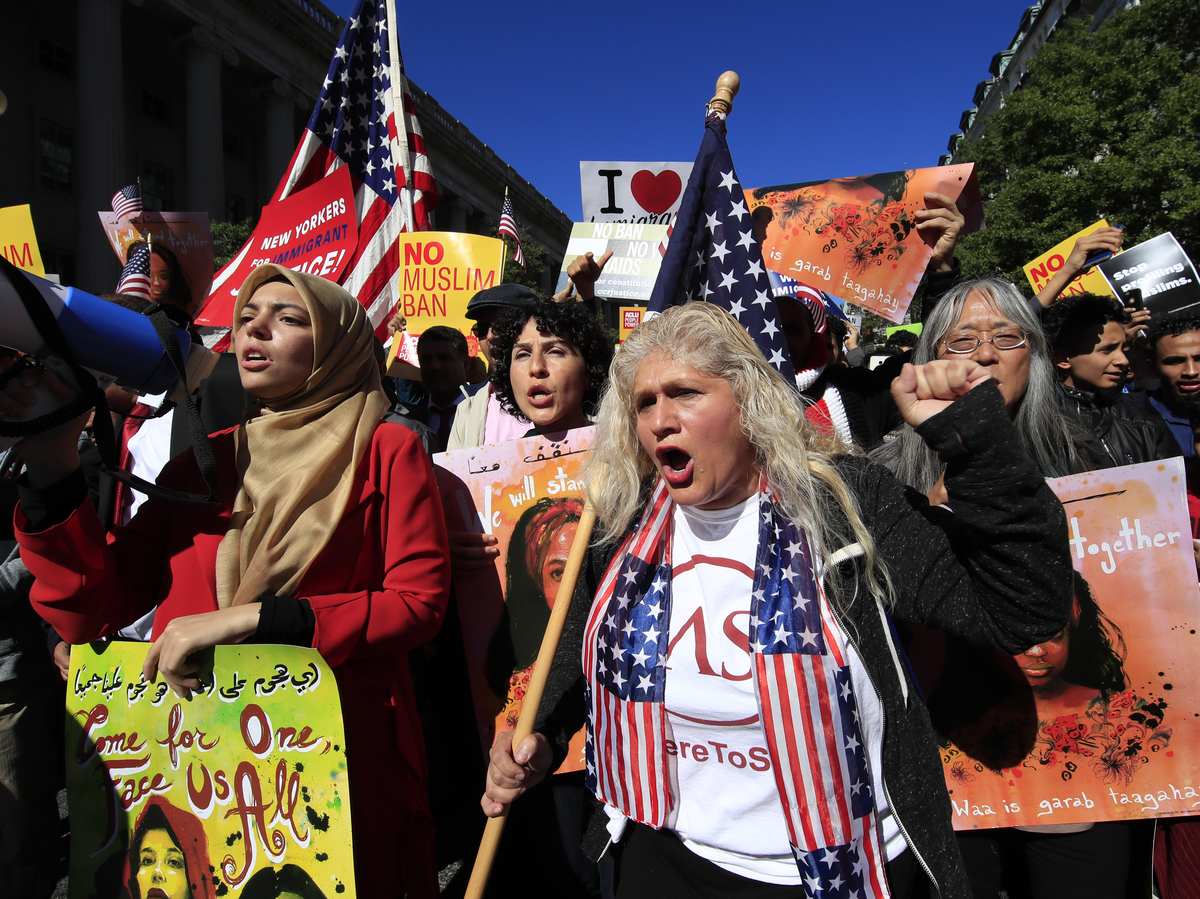 Muslim and civil rights groups and their supporters in Washington, D.C., protest the Trump administration's travel ban in October. The Supreme Court said Monday the ban can be fully enforced for now.

The U.S. Supreme Court will allow the Trump administration to fully enforce its revised ban on allowing entry to the United States by residents of eight countries while legal challenges are heard by a federal appeals court.

Six of the countries — Syria, Libya, Iran, Yemen, Chad and Somalia — are majority-Muslim nations. The other two are North Korea and Venezuela.

The announcement that the high court sided with the administration, which had requested a lifting of lower courts' rulings preventing full enforcement of the travel ban, came in a terse order without explanation of its reasoning. The justices also said that they expect the Court of Appeals for the 9th Circuit to issue its ruling "with appropriate dispatch."

Two appeals courts, the 9th and 4th circuits, are scheduled to hear arguments in separate cases challenging the travel ban this week.

So far, federal judges in Maryland and Hawaii — covered by those appeals courts — had partially blocked the ban. The judges had allowed travelers who have a credible claim to a bona fide relationship with a person or entity in the United States, as required by the Supreme Court.

The lower courts said that this would include grandparents, grandchildren, brothers- and sisters-in-law, aunts, uncles, nieces, nephews and cousins. Now even these people will be barred.

The justices appear to be accepting the administration's argument that the travel ban is needed for legitimate national security reasons and is not a blanket Muslim ban as critics have charged.

The administration has made the argument that this third version of the travel ban is different from the other two that had lost court challenges because it is based on an "extensive worldwide review process" of information used by foreign governments to screen its travelers. And the government also says it's different because non-Muslim countries are on the list.

Deputy press secretary Hogan Gidley released a statement saying the White House is not surprised: "The proclamation is lawful and essential to protecting our homeland. We look forward to presenting a fuller defense of the proclamation as the pending cases work their way through the courts."

Critics continued to insist that this latest version of the travel ban is, in fact, a Muslim ban.

The director of the ACLU's Immigrants' Rights Project, Omar Jadwat, said "President Trump's anti-Muslim prejudice is no secret. He has repeatedly confirmed it, including just last week on Twitter." He was referring to Trump's tweets last week linking to anti-Muslim videos.

At least one legal observer, Carl Tobias, who teaches at the University of Richmond School of Law, says the government can claim this as a temporary victory and that this might be an indicator that the Supreme Court will side with the administration when all is said and done.