Accessibility links
Risking Backlash, Trump Plans To Recognize Jerusalem As Israel's Capital : The Two-Way The president's move essentially backs Israel's position on the city, which both Israel and the Palestinians claim as their capital. 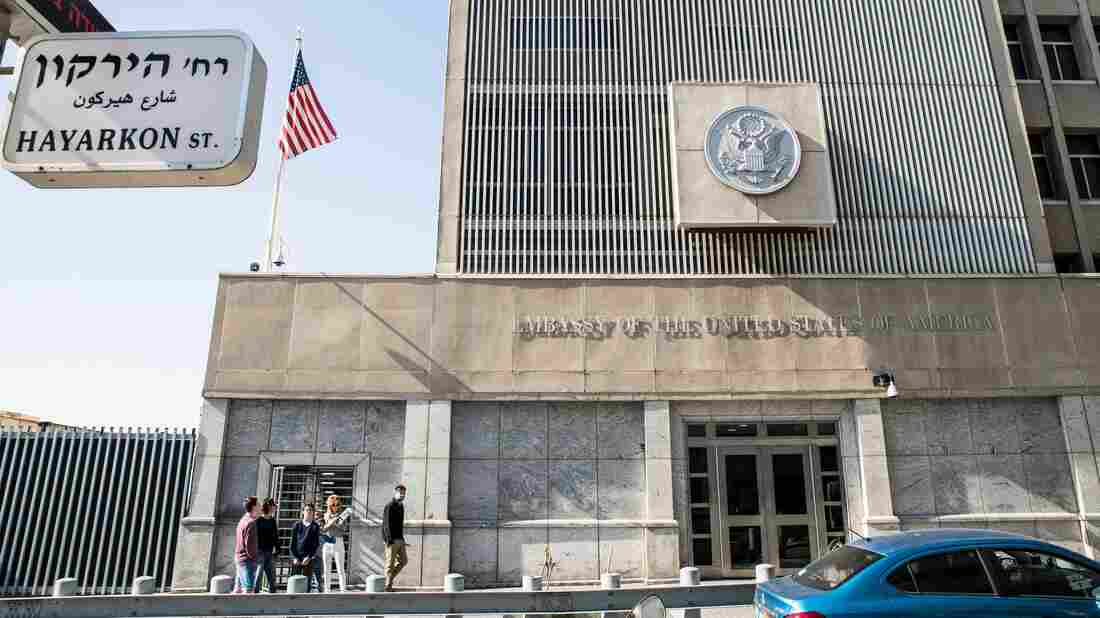 The U.S. Embassy building in Tel Aviv, Israel. Every president since 1995 has opted to put off a congressional act calling for the embassy to be moved to Jerusalem. Jack Guez/AFP/Getty Images hide caption 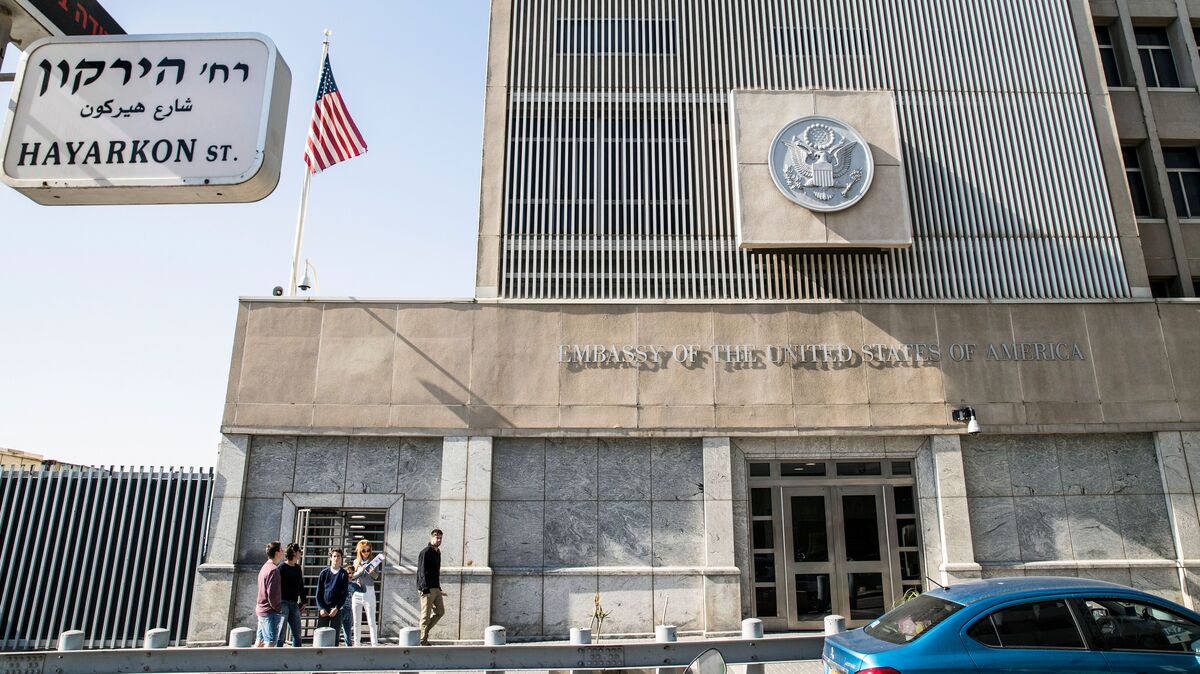 The U.S. Embassy building in Tel Aviv, Israel. Every president since 1995 has opted to put off a congressional act calling for the embassy to be moved to Jerusalem.

President Trump will announce tomorrow that the United States considers Jerusalem the capital of Israel, a reversal of longstanding policy that risks stoking anger and unrest across the Middle East.

Administration officials outlined the decision in a call with reporters Tuesday night. The announcement has been signaled for days with Arab and Muslim leaders increasing their pleas that Trump not take this step.

Both Israel and the Palestinians claim the city is their capital. Israel captured the eastern portion of the city in the 1967 war and U.S. policy — under Republican and Democratic presidents — has long held that the city's status should be decided in peace talks.

"While President Trump recognizes that the status of Jerusalem is a highly sensitive issue, he does not think it will be resolved by ignoring the simple truth that Jerusalem is home to Israel's legislature, its supreme court, its prime minister and as such is the capital of Israel," said one senior administration official. Officials spoke on the condition they not be named.

Trump plans to stop just short of one other controversial step. He won't officially announce plans to move the U.S. Embassy in Israel from Tel Aviv to Jerusalem in his speech today. However, officials said Trump will instruct the State Department to start planning for a move in the future. "This is the initiation of the construction of an embassy," one administration official said.

Officials said that for now, Trump plans to stay in step with previous presidents in signing another six-month waiver — for which the deadline was this week — of a congressional mandate that the embassy be moved. No country currently has an embassy in Jerusalem because of the city's disputed status.

But that short delay will probably recede to the background amid the news of the declaration of Jerusalem as the Israeli capital. Anyway, the administration wasn't backing off the embassy move as a goal.

Moving the embassy was one of Trump's campaign promises as he appealed to pro-Israel voters, including many American evangelicals.

The White House insists the Jerusalem policy change does not lessen the chances for reaching peace between Israelis and Palestinians. Officials said regional leaders contacted before the decision were committed to encouraging a peaceful solution. But the administration also took precautions.

The State Department issued warnings to diplomats in the region that protests could break out in the region following a change in policy on Jerusalem.

The status of Jerusalem is probably the most combustible issue in the long-running Israeli-Palestinian conflict. The city is sacred in Christianity, Islam and Judaism. Disputes there have prompted violence and protests not just in the Israeli-occupied Palestinian territories but around the Middle East.

The Second Intifada uprising began in 2000 after Israel's then-opposition leader Ariel Sharon made a campaign visit to a Jerusalem site holy to Jews and Muslims, seen as a move to assert Jewish claims there. Some accused then-Palestinian leader Yasser Arafat of just using the visit as a pretext to start an uprising he had been seeking.

Israel captured the eastern portion of Jerusalem in the 1967 war and the Palestinians seek to put the capital of a future independent state there.

Most countries, including the U.S., keep their embassies in the Tel Aviv area, which is about an hour's drive from Jerusalem — a way for foreign powers to avoid taking sides.

But Congress has pressed for a move. In 1995, Congress passed a law ordering that the U.S. embassy be moved to Jerusalem. Presidents can opt to waive the law in six-month increments. And every six months — ever since 1995 — each president has opted, again and again, to keep the embassy where it is.

Trump has long promised to move the embassy; during his campaign, he said he'd make the change quickly. In June, he opted not to, signing another six-month extension, citing hopes of some kind of deal being worked out between Israel and Palestinians.

As NPR's Michele Kelemen noted this summer, other presidents have also promised they would move the embassy — but never did.

"There's concern that [moving the embassy] would inflame tensions in the Arab world," she said.

But whether the embassy is moving now or not, what could seem like a symbolic announcement about the U.S. position on Jerusalem is risky.

NPR's Daniel Estrin reports that Arab and Muslim countries issued warnings in the lead-up to Trump's announcement of an embassy move or change in U.S. policy, saying they could roil Muslims around the world. Turkey threatened to cut off ties with Israel. Palestinian officials said an embassy move would mean the end of U.S.-brokered peace efforts between Palestinians and Israelis.