Accessibility links
John Anderson, Independent For President In 1980, Dies At 95 : The Two-Way The 10-term Illinois Republican Congressman ran against Ronald Reagan in the primary. But after losing his home state to Reagan, Anderson bolted his party and ran as an independent.

John Anderson, Independent For President In 1980, Dies At 95

John Anderson, Independent For President In 1980, Dies At 95 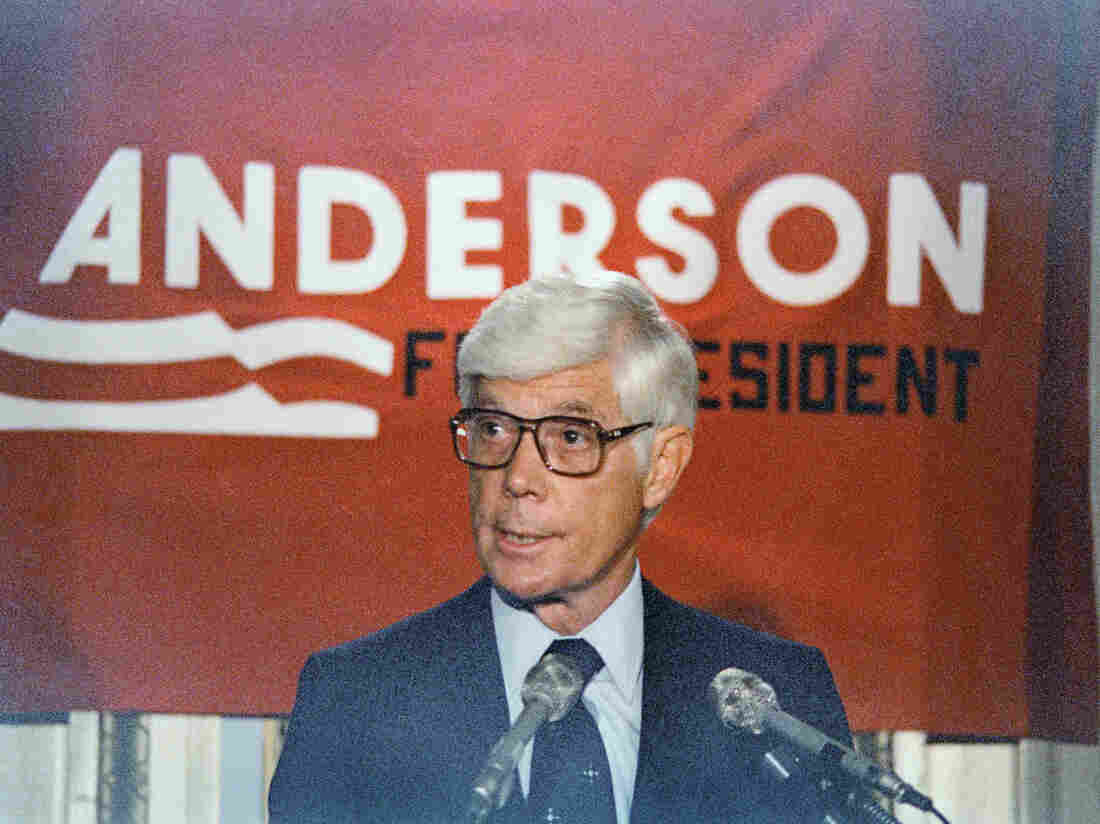 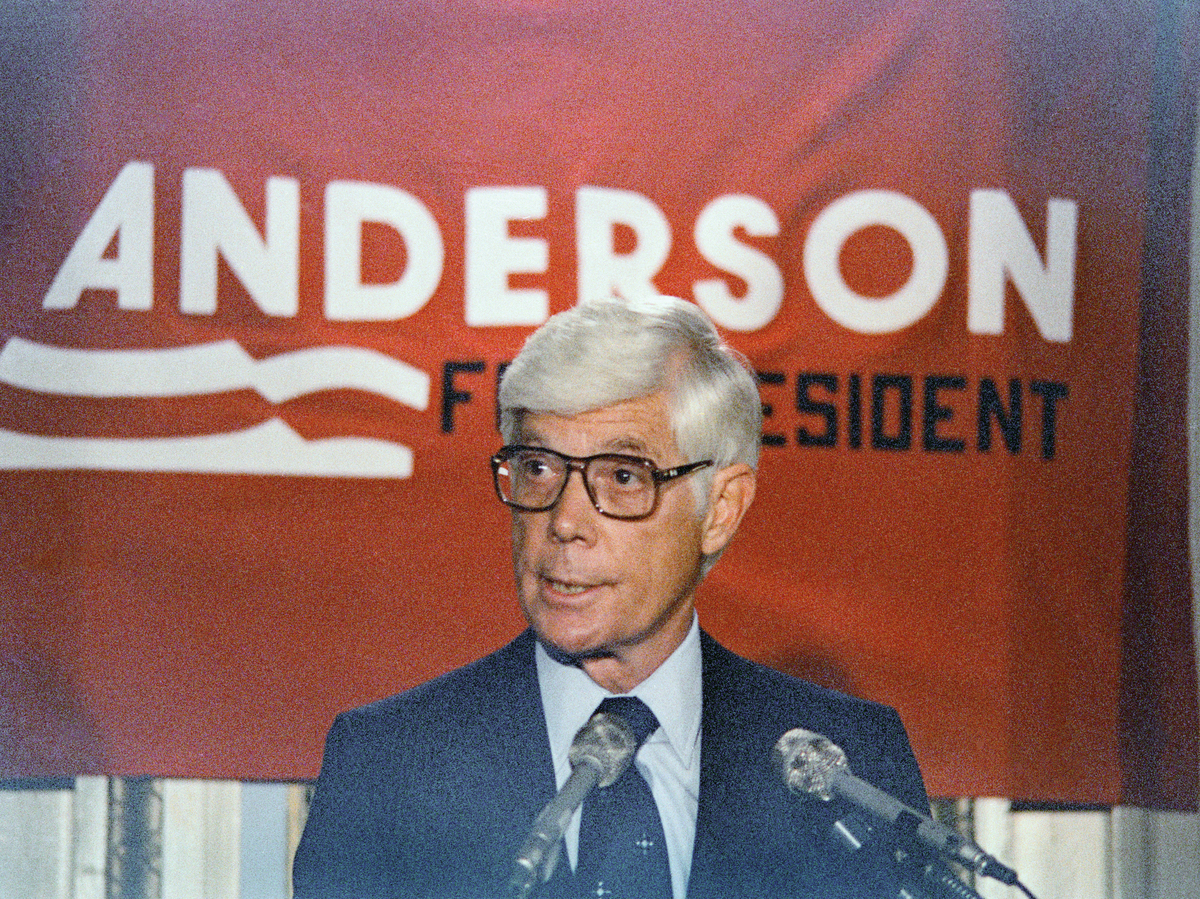 Rep. John Anderson of Illinois announcing his independent candidacy on April 24, 1980, in Washington.

John Anderson, the longtime GOP congressman from Illinois who bolted his party in 1980 to run as an independent against President Jimmy Carter and Ronald Reagan, has died. He was 95.

His daughter, Diane Anderson, confirmed her father's death on Sunday night in Washington, D.C. after a long illness.

The World War II veteran and 10-term congressman from Rockford, Ill., was first elected to the House in 1960, beginning his career as a conservative, but gradually moderating his views.

The Associated Press, citing his daughter, says Anderson "was raised in a conservative household, the son of Swedish immigrants who read the Bible daily and attended church each week, and his strong faith remained a constant throughout his life."

She told the AP that her father "evolved both personally and professionally on social issues." She said he was proud of casting the deciding vote in the House Rules Committee to advance the Open Housing Act of 1968 prohibiting housing discrimination.

He was also one of the first Republican lawmakers to call for President Richard Nixon's resignation as the Watergate scandal deepened.

NPR's Brian Naylor writes: "With his shock of white hair and glasses, Anderson looked more a college professor than a politician when he ran for president in 1980, first as a Republican. But after losing the GOP primary in his home state of Illinois to Ronald Reagan, he decided to run as an independent. He called his [run] 'a campaign of ideas.'"

Taking unpopular stands, in Iowa he spoke in favor of Carter's grain embargo against the Soviet Union after the invasion of Afghanistan, and called for a 50 cent increase in the gas tax to reduce consumption and save energy. He also advocated the licensing of firearms.

The New York Times adds: "The United States was struggling with a recession, a severe energy crisis and the protracted Iranian hostage crisis when Mr. Anderson gave up a safe seat in the House of Representatives to seek the Republican presidential nomination. When that try fizzled, he reintroduced himself as an independent, honest-dealing alternative to the rancorous business-as-usual politics of the major parties."

Anderson started out strong, polling especially well on college campuses and among other voters looking for an alternative to Carter, the unpopular Democratic incumbent, and his conservative challenger, Reagan.

He called Carter "a 'mean and evasive' campaigner who used a recession and high unemployment to fight inflation, and [criticized] Mr. Reagan's campaign 'one-liners,' calling them 'slick and simplistic,'" according to the Times.

But in the end, he finished a distant third, getting less than 7 percent of the vote and failing to win a single electoral vote.

His break with the Republican party complete, in 1984 he endorsed Democrat Walter Mondale, who lost in a landslide that re-elected Reagan.

In later life, Anderson "became a visiting professor at various universities, wrote extensively and served on many boards including FairVote, a voting rights organization formerly known as the Center for Voting and Democracy," according to Reuters.

The news agency quotes Diane Anderson as saying her father "really believed the two-party system was broken in 1980."

"Everything he wanted to prevent unfortunately came to pass," she said.

The AP says Anderson is survived by his wife of 64 years, Keke, five children and 11 grandchildren.