Accessibility links
White House Delays Decision On Possible Move Of Embassy In Israel To Jerusalem : The Two-Way President Trump will make a decision "in coming days" on whether to sign another six-month waiver to a U.S. law ordering the embassy to be relocated from Tel Aviv. 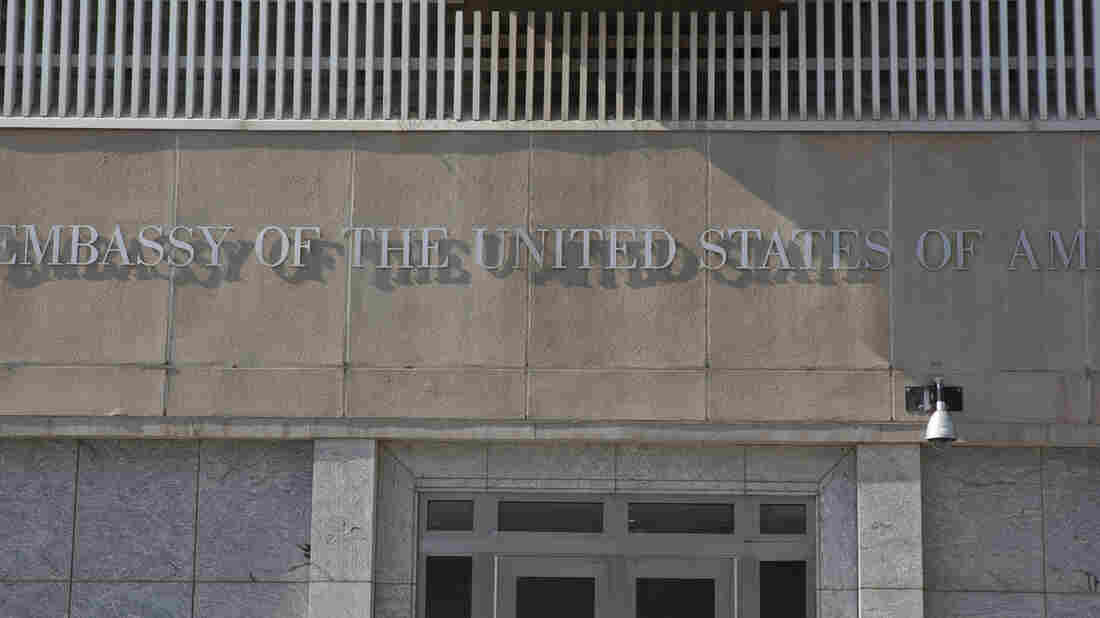 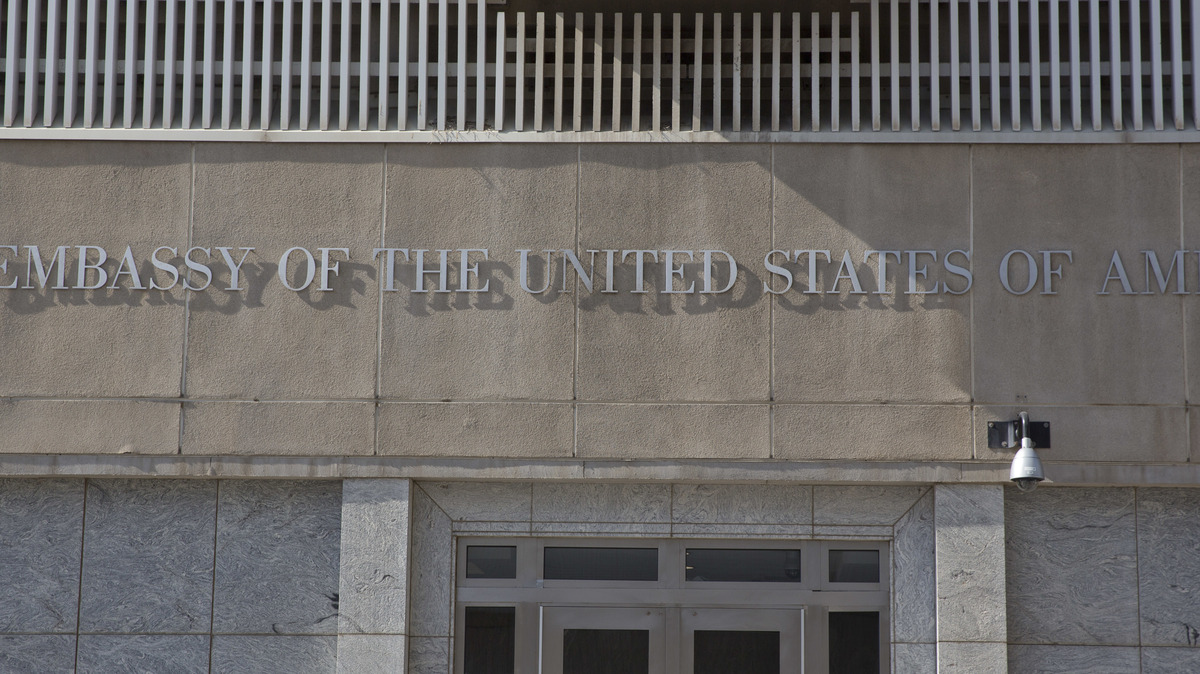 A security officer stand guards at the U.S. Embassy in Tel Aviv, Israel, in January.

Trump Considers Moving The U.S. Embassy In Israel To Jerusalem

President Trump has delayed signing a waiver to a U.S. law that would otherwise set in motion a move of the U.S. embassy in Israel from Tel Aviv to Jerusalem, a White House spokesman says.

"We will share a decision on the waiver in coming days," White House deputy press secretary Hogan Gidley told reporters on Monday aboard Air Force One as it returned the president from a visit to Utah.

Hours later, in a fiery speech, Turkey's President Recep Tayyip Erdogan called any such move by Washington a "red line" for Muslims.

Since the law ordering the embassy to be relocated was passed in 1995, every president from Clinton onward has signed waivers in six-month increments to hold off.

Israel claims the whole of Jerusalem – which is home to sites sacred to Jews, Muslims and Christians — as its capital. However, Palestinians aspire for East Jerusalem to become the capital of a future state.

During the presidential campaign, Trump promised to let the move go ahead, but senior U.S. officials say he's expected to issue his second temporary order since taking office to forestall it, although Gidley insisted: "The President has been clear on this issue from the get-go; that it's not a matter of if, but a matter of when."

No other country has a full embassy in Jerusalem, although several maintain consulates-general there.

France on Monday became the latest country to warn the U.S. against the embassy move, which would effectively recognize Israel's claim to Jerusalem as its capital.

Such a move has also been harshly criticized by Arab and Muslim states. Erdogan on Tuesday called Trump out by name, proclaiming in a televised speech that "Jerusalem is a red line for Muslims."

"We could go as far as cutting diplomatic ties with Israel" if the U.S. recognized Jerusalem as Israel's capital, he said.