Accessibility links
Russia Slaps Restrictions On 'Voice Of America' And 'Radio Free Europe' : The Two-Way Moscow has made it clear that the move comes in direct retaliation for the U.S. Justice Department's decision to require the Kremlin-funded RT America to register as a "foreign agent." 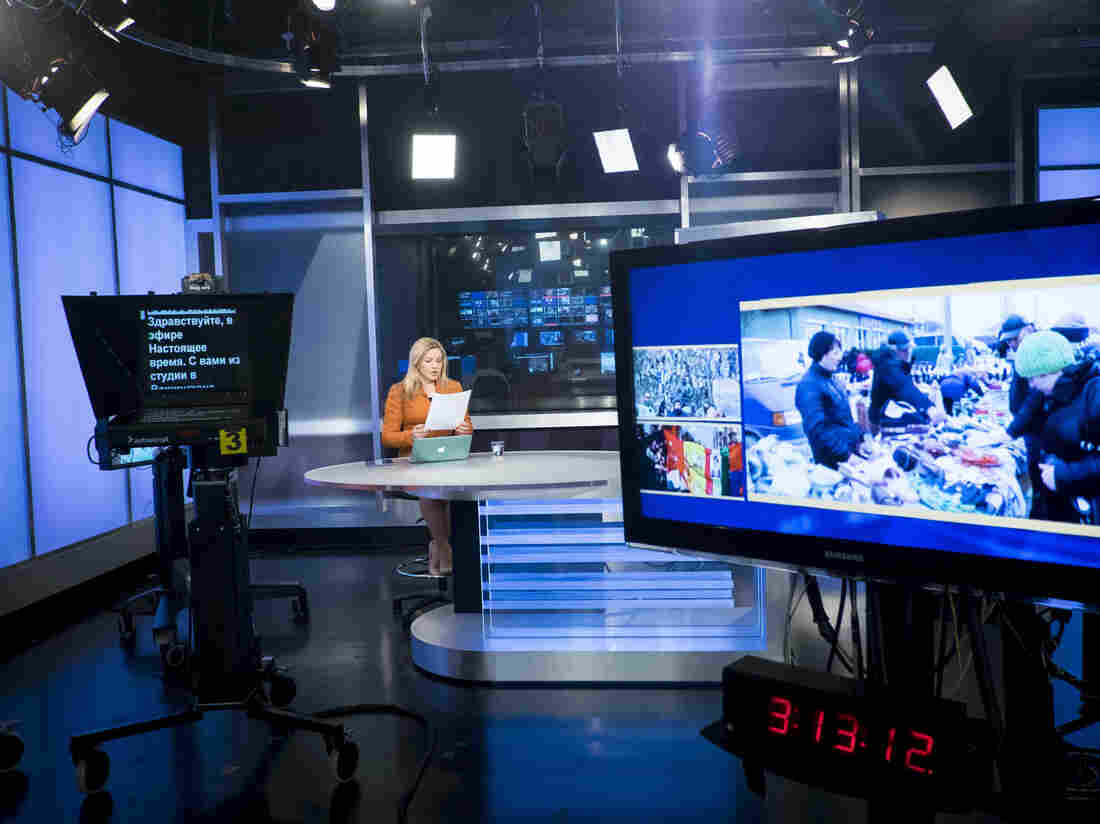 The show Current Time prepares to go on air in Washington, D.C.. The show is a joint production of Voice of America and Radio Free Europe and is among 10 U.S. outlets designated as foreign agents by Moscow on Tuesday. Bloomberg/Bloomberg via Getty Images hide caption 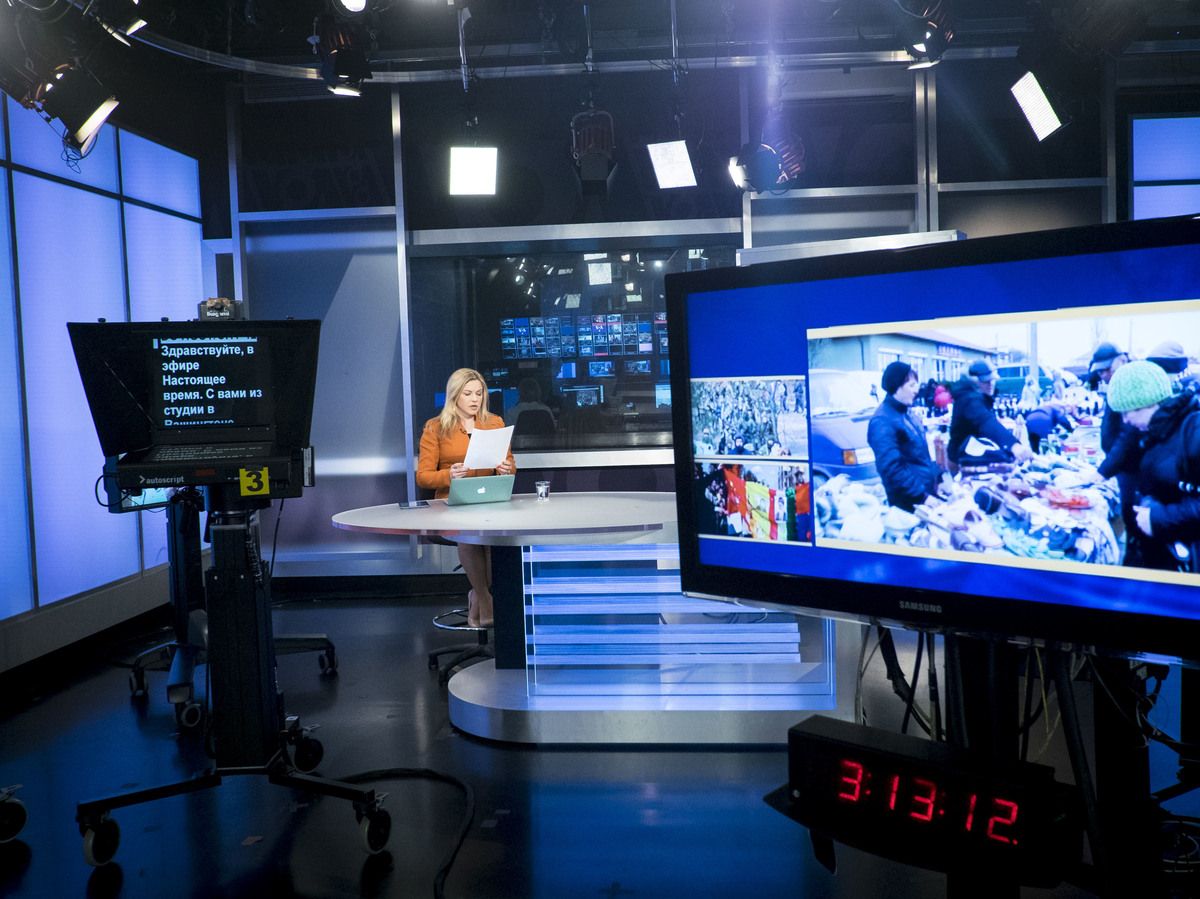 The show Current Time prepares to go on air in Washington, D.C.. The show is a joint production of Voice of America and Radio Free Europe and is among 10 U.S. outlets designated as foreign agents by Moscow on Tuesday.

Voice of America, Radio Free Europe and Radio Liberty are among ten American media outlets operating in Russia that are now considered "foreign agents" under a new directive from the Kremlin – a tit-for-tat response to a similar U.S. move.

Russia To Require Foreign Media To Register As Foreign Agents

Russia To Require Foreign Media To Register As Foreign Agents

Russia's Justice Ministry made the announcement on Monday following the U.S. Justice Department's decision last month to require Kremlin-funded RT America — viewed by many as a conduit for Russian propaganda — to register as a foreign agent.

The new law passed last month by the Duma, Russia's lower house of parliament, authorizing the move, "also allows the government to block websites of so-called 'undesirable organizations,'" according to The Moscow Times.

"Our measures were entirely a mirror response to the suppression of Russian media in the United States," the head of the Federation Council's Commission on the Protection of State Sovereignty, Andrei Klimov, was quoted as saying by Kommersant, according to the English-language Times.

"The list includes American propaganda companies that live on government money and broadcast in the Russian language," Klimov said, adding that CNN was not on the list because it was not "a propaganda company."

As NPR's Bill Chappell reported in November: "The Justice Department officially announced the registration of T&R Productions — naming RT parent ANO TV-Novosti as the foreign principal — on [Nov. 13]. Acting Assistant Attorney General for National Security Dana J. Boente said in a statement, 'Americans have a right to know who is acting in the United States to influence the U.S. government or public on behalf of foreign principals.'"

The Cold War-style standoff comes as investigations continue into Russian attempts to influence the outcome of the 2016 presidential elections.

In a letter addressed to T&R, the organization cited its rules prohibiting credentials from being issued to any applicant employed "by any foreign government or representative thereof."

Current Time TV, a co-production of Voice of America and Radio Free Europe, and several local services of Radio Free Europe serving Siberia, the Caucasus and Crimea, were among the ten appearing on the "foreign agent" list.

On Monday, Russia's Foreign Ministry said the U.S. media outlets now designated as foreign agents could be barred from access to the Duma.

"I think it will also be up to the State Duma to decide who to give access," the ministry's spokeswoman Maria Zakharova said.