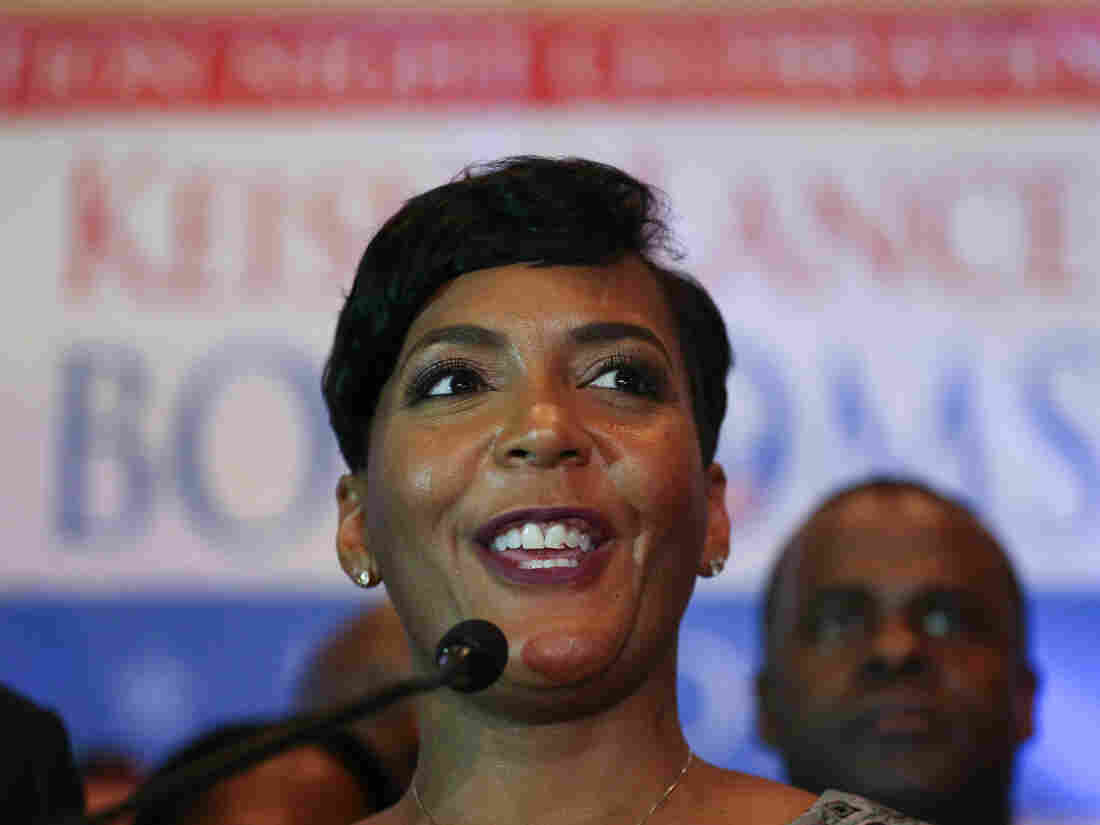 Atlanta mayoral candidate Keisha Lance Bottoms declares victory during an election-night party on Wednesday, but with a margin of about 750 votes, opponent Mary Norwood is calling for a recount. John Bazemore/AP hide caption 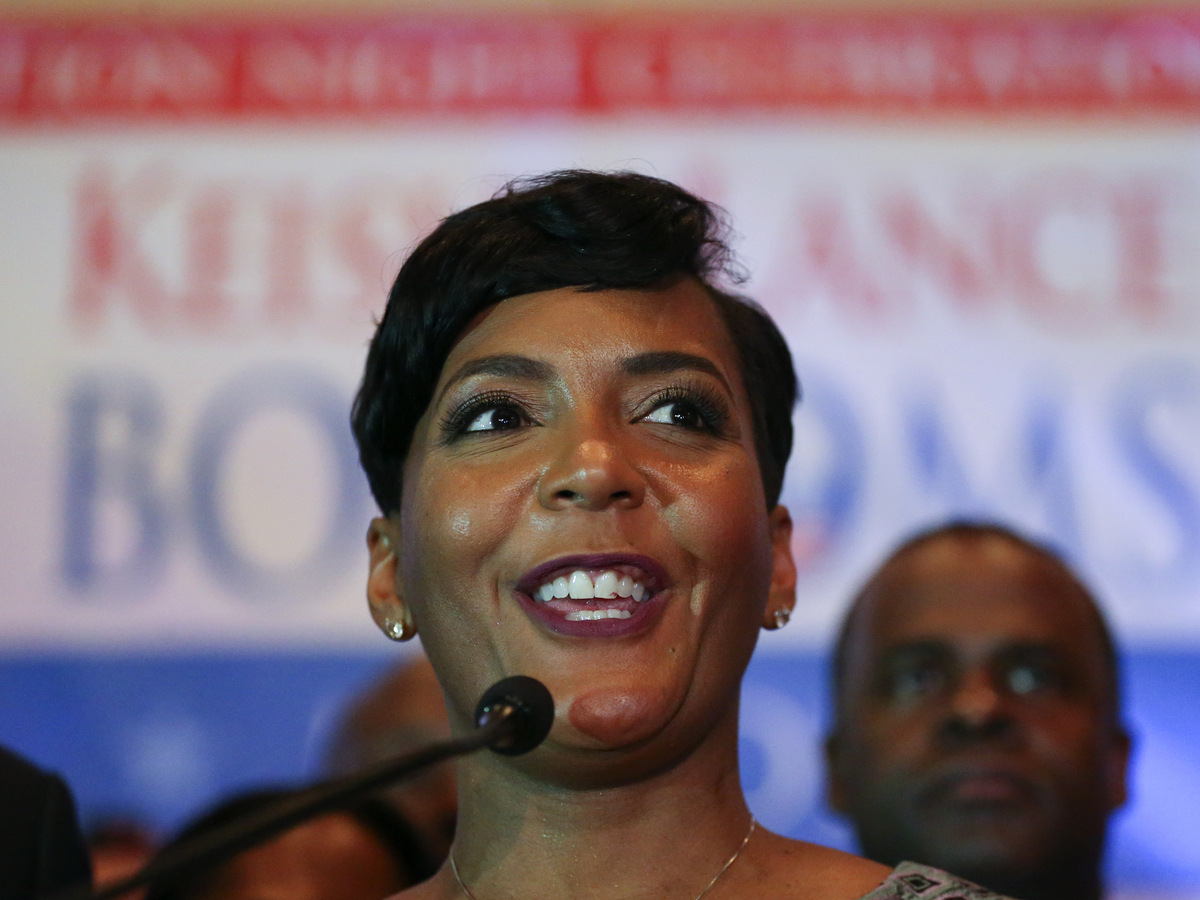 Atlanta mayoral candidate Keisha Lance Bottoms declares victory during an election-night party on Wednesday, but with a margin of about 750 votes, opponent Mary Norwood is calling for a recount.

Atlanta has voted for a new mayor, but Tuesday's election still leaves questions about who she will be.

As of 10 a.m. ET, the race is still too close to call, The Associated Press reports.

In her victory speech, Bottoms, 47, reminded supporters that she had come from a modest public school in the city's mostly black Westside.

"And so for all the little girls out there who need somebody to believe that you're better than your circumstances. I need you all to remember that black girl magic is real," she said to cheers.

But as Stephannie Stokes reports from member station WABE in Atlanta, the crowd at Norwood's election party was energized too.

Norwood, 65, told supporters that the difference in the number of votes between the two candidates was within 1 percent, small enough to ask for a recount.

"So this is very close," Norwood said as the crowd responded, "It's not over!"

Bottoms and Norwood stood for Tuesday's runoff after emerging from a crowded field of candidates last month.

The tense race has been charged by race and political identity.

"Bottoms, who is black, faced Norwood, who is white. In a city that's had black mayors since 1974, Norwood has had to defend herself. And so did her supporters. Shirley Franklin, Atlanta's first black female mayor, addressed the issue directly in an ad for Norwood.

Norwood also faced questions about her party loyalty. She identifies as an independent. But Georgia Democrats, who supported Bottoms, accused Norwood of being a closet conservative."

One campaign ad suggested Norwood is a Republican and asked whether the next mayor of Atlanta should "be from the party of Trump?"

This is not the first time Norwood has trailed in a tight race for Atlanta's mayor.

"Bottoms, who is black and the chosen successor of Reed, is widely seen as a continuation of the black political machine that has dominated Atlanta politics since the mid-1970s. Norwood, who is white, would be Atlanta's first white female mayor.

"Although race has had an inescapable presence in the hard-fought election, issues such as bureaucratic corruption, affordable housing, and transportation played a prominent role in the discourse of the campaign. Amid shifting demographics in the Southern city that has attracted a younger, wealthier population than the rest of the state over the past decades, the possibility of a self-described 'progressive independent' like Norwood being elected as mayor seemed possible.

"Bottoms, a Democrat, would continue the party's lock on the mayor's office going back to 1879."