Accessibility links
Kim Davis Once Denied Him A Marriage License. Now Kentucky Man Seeks Her Job : The Two-Way A county clerk's race in Kentucky rose to national prominence after David Ermold announced he will run against Davis, who opposes same-sex marriage and denied him and his partner a marriage license. 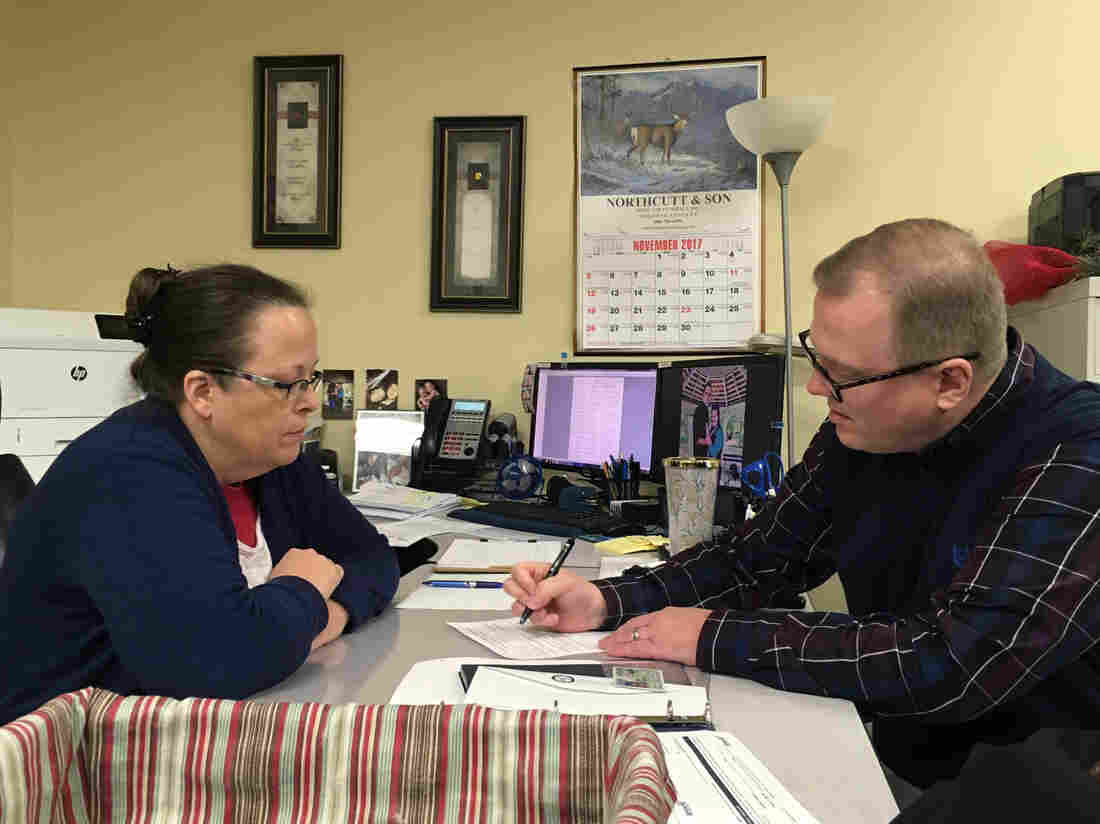 David Ermold files to run for Rowan County Clerk as Kim Davis looks on, two years after Davis denied Ermold and his now-husband a marriage license because she was opposed to same-sex marriage. Adam Beam/AP hide caption 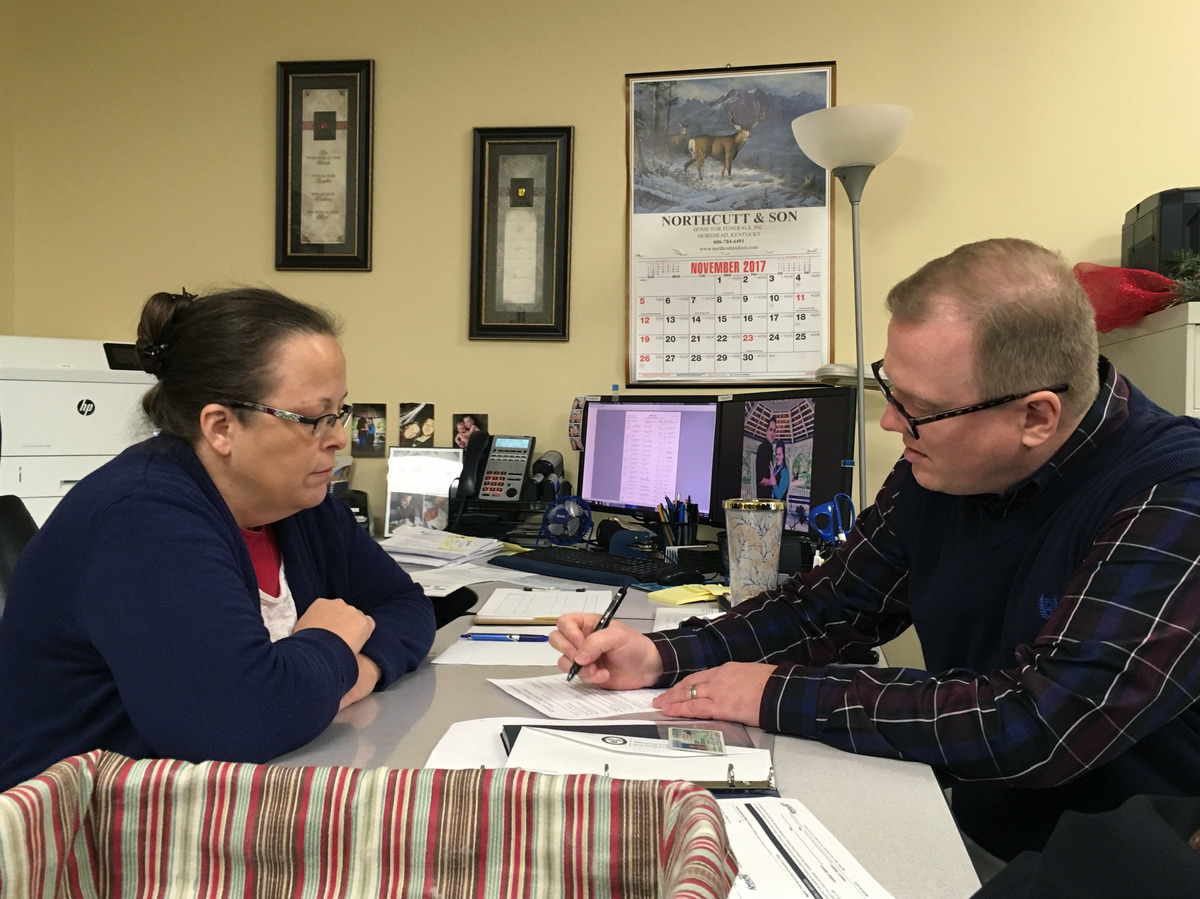 David Ermold files to run for Rowan County Clerk as Kim Davis looks on, two years after Davis denied Ermold and his now-husband a marriage license because she was opposed to same-sex marriage.

David Ermold once again stepped inside the Rowan County, Ky., courthouse on Wednesday, except this time he wasn't asking for a marriage license — he was asking for Kim Davis' job. She is the Rowan County clerk who refused Ermold and his partner, among other couples, a marriage license on the basis of her religious beliefs against same-sex marriage.

"I have an obligation here, really, to do this and to set things right," Ermold told The Associated Press about his decision to run for the position. "I don't think the other candidates are looking at a larger message."

Ermold is an assistant professor of English at the University of Pikeville and has lived in Morehead, in the county, for more than a decade. He received a clear message from Davis when she twice denied him and his now-husband marriage licenses in the summer of 2015, after the Supreme Court effectively legalized same-sex marriage.

Davis told Ermold that it was "God's authority" that kept her from complying with the Supreme Court. She spent time in jail for defying a federal judge's order, was sued by Ermold and Moore and other couples, and rose to international prominence as a symbol of the bitter divide over same-sex marriage, even meeting with the pope in 2015.

Last month Davis announced that she would be running for re-election, seeking the judgment of voters for the first time since the controversy erupted.

The AP described the scene on Wednesday as Ermold, alongside his husband, filled out the paperwork to run for office with Davis sitting across from him:

"Davis smiled and welcomed them, chatting with them about the state retirement system and the upcoming Christmas holiday. She made sure Ermold had all of his paperwork and signatures to file for office, softly humming the old hymn 'Jesus Paid It All' as her fingers clacked across a keyboard.

"When it was over, she stood and shook hands with Ermold, telling him: 'May the best candidate win.' "

Ermold and Moore finally married in the fall of 2015.

Ermold, who is running as a Democrat, told the AP that his campaign will be about more than LGBT issues and will focus on fairness and bringing people together.

He added, "It doesn't matter whether I'm LGBT or not. If I'm qualified to do a job, I should be able to do the job."

Social issues aside, that job is in many ways simply about keeping records. As Ermold's campaign website pledges, "As county clerk, I will act responsibly with taxpayer money, and I will seek out ways to be cost efficient ... and I will keep accurate records of all transactions."

Davis no longer objects to issuing marriage licenses to same-sex couples now that Kentucky changed the rules so clerks no longer have to attach their names to the licenses.

When asked on Wednesday whether she thinks she deserves to be re-elected, Davis, who is running as a Republican, told reporters, "That will be up to the people. I think I do a good job."