Accessibility links
Struggling Toys R Us Plans To Pay Executives Millions In Bonuses : The Two-Way The nation's largest toy retailer filed for bankruptcy in September but said it wants to motivate its top brass to turn around sales in the critical holiday shopping season. 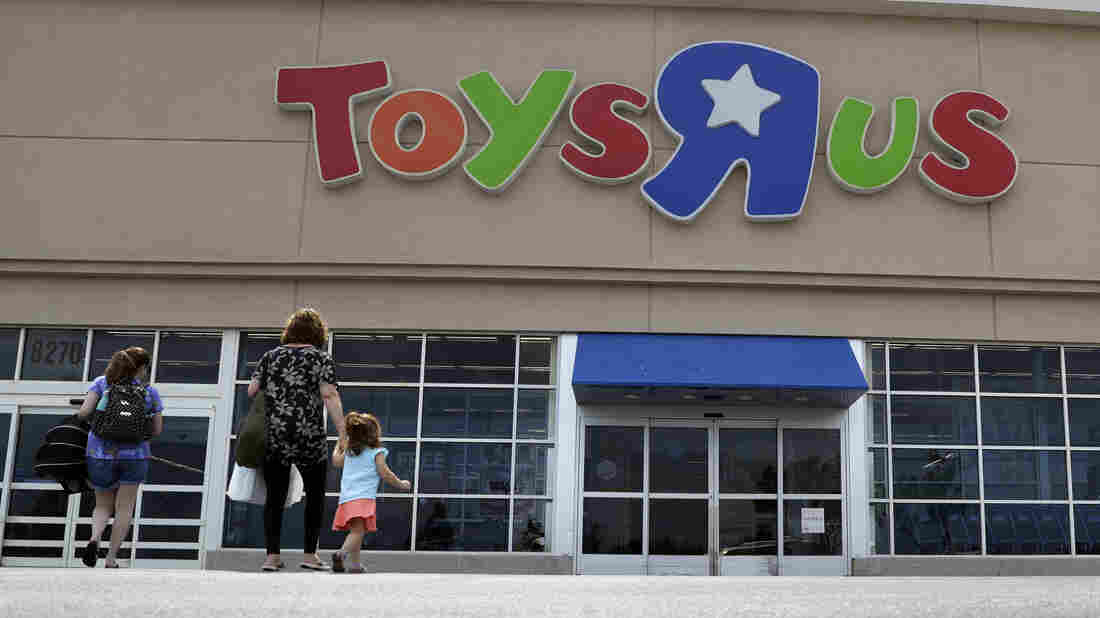 A bankruptcy court judge approved a plan for Toys R Us to pay its top executives millions in bonuses, even as the company struggles to stay afloat. Eric Gay/AP hide caption 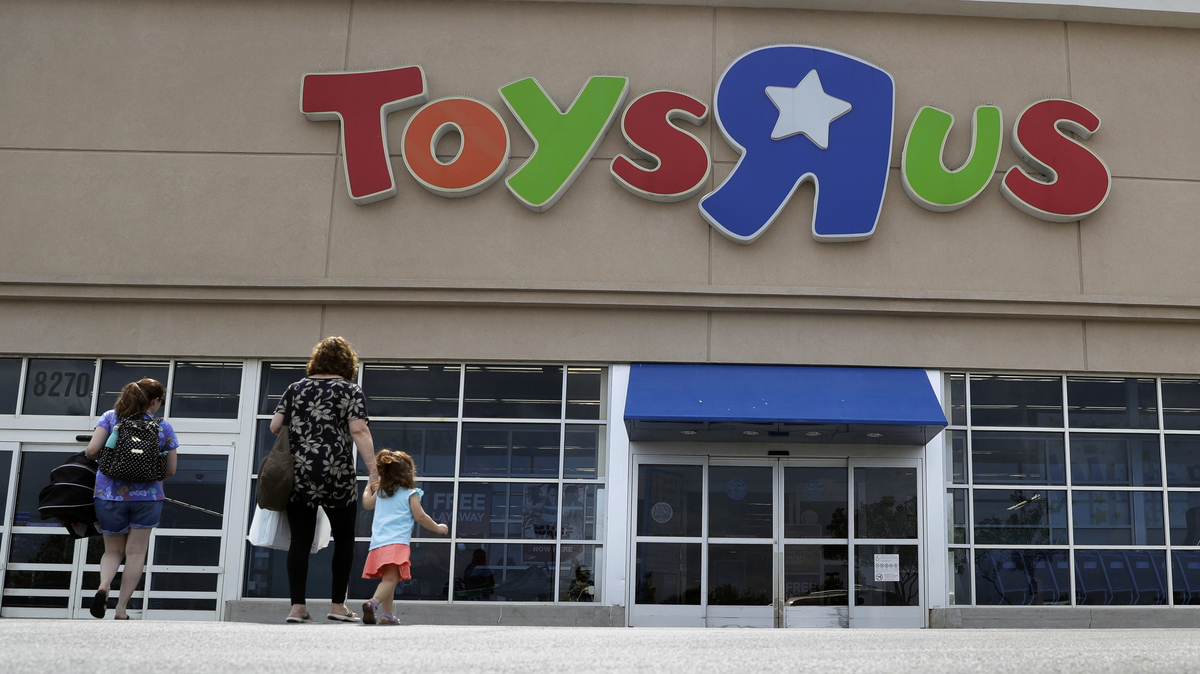 A bankruptcy court judge approved a plan for Toys R Us to pay its top executives millions in bonuses, even as the company struggles to stay afloat.

A bankruptcy judge has granted struggling retailer Toys R Us permission to pay millions of dollars in bonuses to executives after the company argued it was necessary to motivate its top brass during the critical holiday shopping season.

Judge Keith Phillips ruled the company can dole out $14 million in incentives to its top 17 executives. A caveat: fiscal year earnings must first reach $550 million. Executives could receive even more if earnings reach $641 million, but the company's lawyer Joshua Sussberg said that target would be "incredibly hard to achieve," reports Reuters.

In a filing, Toys R Us argued, "it is the [company's] employees - and more particularly the senior management team - that must execute at this critical juncture and provide the foundation for a successful turnaround," reports CNN Money.

Phillips okayed the plan over the objection of Judy Robbins, an attorney with the Justice Department's U.S. Trustee Program, which is tasked with serving the interest of creditors.

"It defies logic and wisdom, not to mention the Bankruptcy Code, that a bankrupt company would now propose further multi-million dollar bonuses for the senior leadership of a company that began the year with employee layoffs and concludes it in the midst of the holiday season in bankruptcy," Robbins said in her filing, according to CNN Money. "Apparently, this Christmas, Toys "R" Us intends to deliver not only 'children their biggest smiles of the year' but the insiders, too."

Ahead Of The Holiday Season, Toys R Us Files For Bankruptcy Protection

But during the five-hour hearing Tuesday in his Richmond, Va., courtroom, Phillips said the Toys R Us plan was "fair and reasonable under the circumstances," and represented sound business judgement, reports USA Today. Phillips pointed out that no creditors or lenders objected to the plan.

In September, Toys R Us — the largest toy retailer in the United States — filed for bankruptcy. But it stressed at the time that its approximately 1,600 stores worldwide would remain open and operate as usual. In a statement, CEO Dave Brandon said, "our objective is to work with our debtholders and other creditors to restructure the $5 billion of long-term debt on our balance sheet."

Brandon would be one of the beneficiaries of the bonus plan. His annual compensation — including other incentives and bonuses — already stands at $12.5 million, reports USA Today.

CNN Money says Toys R Us has not reported an annual profit for five years — and since that time has lost nearly $2 billion.

The coming weeks are of vital importance to the company as people stock up on children's gifts. Toys R Us "makes 40 percent of net sales in the fourth quarter and its performance during the holiday season could drive the outcome of its attempted turnaround during a seismic shift in the retail industry," reports Reuters.

As customers turn more and more to e-commerce, retailers have been struggling mightily this year, with multiple American chains filing for Chapter 11.

And NPR's Yuki Noguchi has reported that the industry's troubles are only just beginning. With more than 1,000 malls across the country, experts say there are simply too many brick-and-mortar stores and they are crumbling under the weight of online shopping.

Sussberg, the attorney with Toys R Us, says it is still not too late for the company to turn things around estimating that only about half of the country has finished its holiday shopping.

He says the company hopes to present a new business plan by this summer, according to Reuters, with the goal of exiting bankruptcy before the 2018 holiday season.