Accessibility links
Former USA Gymnastics Doctor Sentenced To 60 Years In Child Pornography Case : The Two-Way Authorities say Larry Nassar had some 37,000 pornographic images. In separate trials, he has already pleaded guilty to molesting several gymnasts. More than 100 women and girls are suing him. 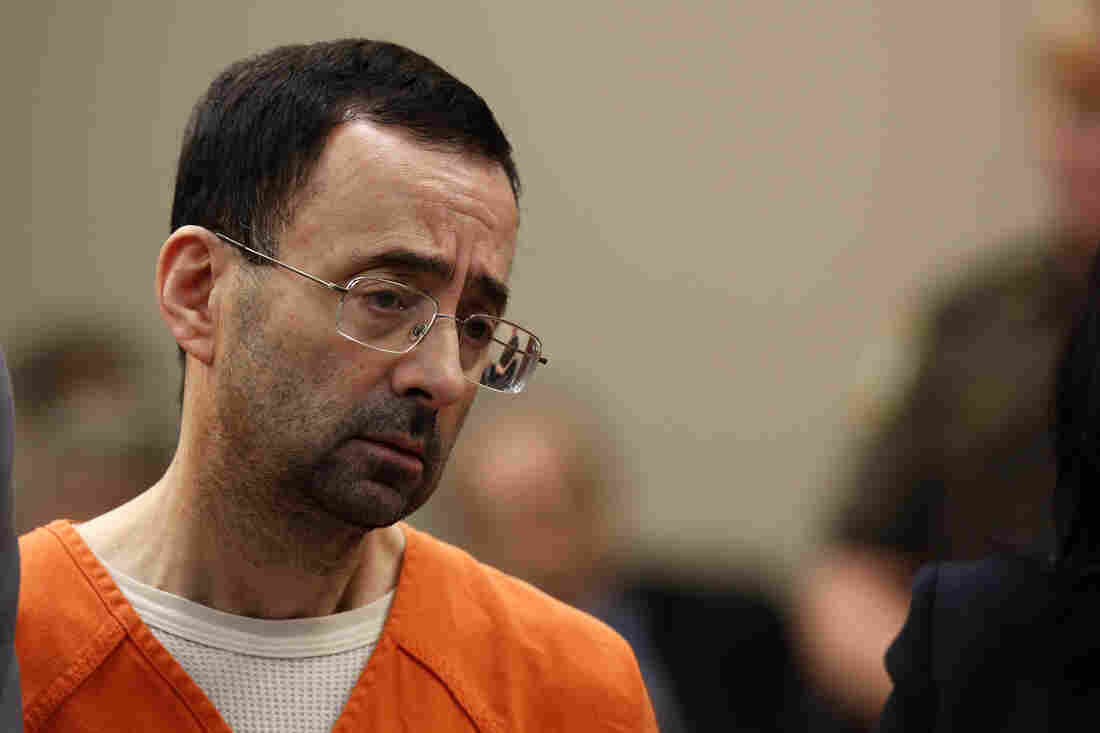 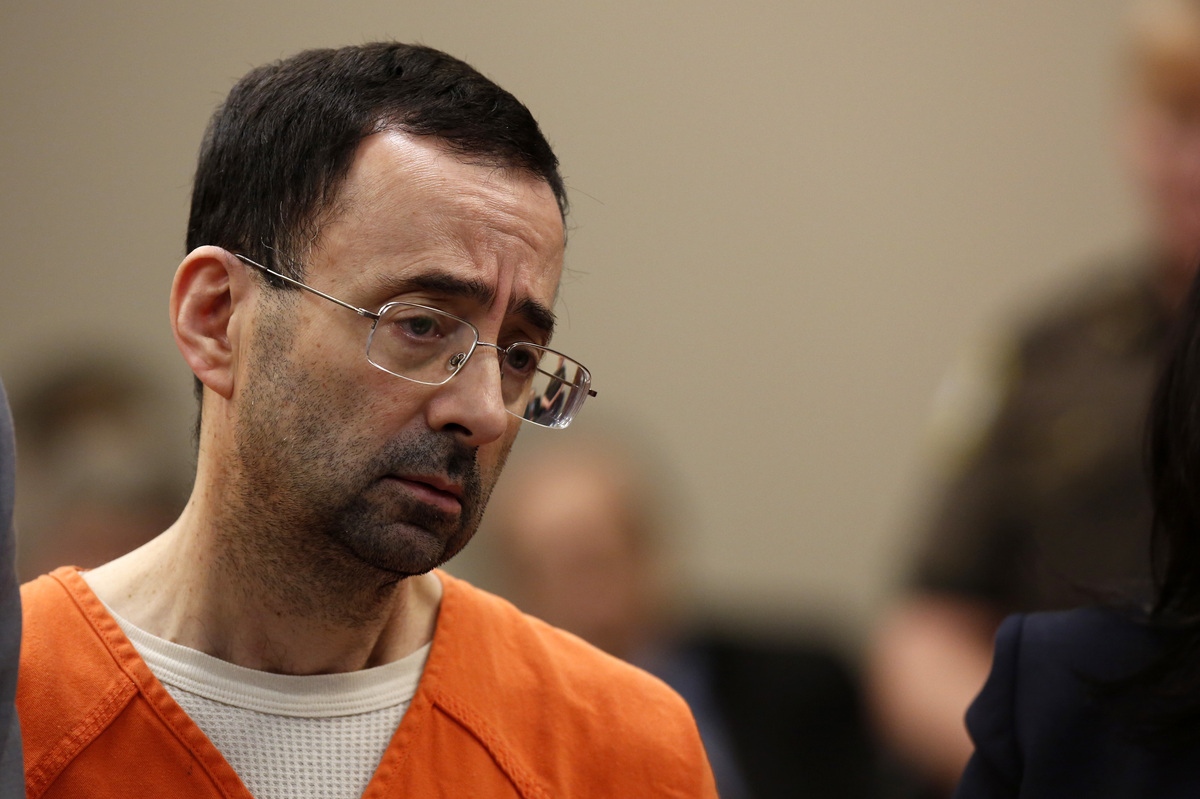 Former USA Gymnastics doctor Larry Nassar was sentenced on Thursday for possession of child pornography. He is pictured here in court in Lansing, Mich., last month.

Former USA Gymnastics doctor Larry Nassar, who has admitted to sexually assaulting minors, has been sentenced to 60 years in prison for child pornography.

"You have to wonder whether he felt he was omnipotent, whether he felt he was getting away with something so cleverly," U.S. District Judge Janet Neff said Thursday in a Grand Rapids, Mich., courtroom, according to the Lansing State Journal. "He has demonstrated that he should never again have access to children."

Federal prosecutors had sought the 60-year sentence, which is the maximum under sentencing guidelines. "The government said he had 37,000 images of child pornography, including images of children as young as infants," MLive reports. Nassar had pleaded guilty in July to three federal counts of possessing and receiving child pornography, and obstruction of justice for attempting to destroy evidence.

Nassar, 54, still awaits sentencing in two separate state cases in which he admitted to sexually assaulting women and girls, primarily during medical appointments.

On Nov. 22, he pleaded guilty in Michigan court to seven counts of first-degree criminal sexual conduct involving seven victims, after maintaining for more than a year that his medical treatments had been legitimate. A week later, Nassar pleaded guilty in another court to three counts of first-degree criminal sexual conduct related to assaults at the Twistars gymnastics club near Lansing. The state cases involve nine young women; one of the victims is part of both. Plea deals in the cases suggest a minimum sentence of 25 to 40 years and a maximum of life in prison, the State Journal reports.

After the sentence was handed down, one of Nassar's defense attorneys told reporters that his client was "devastated, obviously." Another member of his defense team told the Detroit News that he planned to appeal, saying he had "nothing to lose."

More than 100 women and girls say that Nassar abused them, by "digitally penetrating them during medical appointments," the News reports.

Nassar first started working with USA Gymnastics as a trainer in 1986, according to a timeline from the Lansing State Journal and the IndyStar. After completing his medical residency, he was appointed national medical director for the sport's governing body in 1996 and attended the Olympics in Atlanta with the team that year. He became a team physician and assistant professor at Michigan State University in 1997, where he worked until he was fired in September 2016. The firing came a few weeks after a former gymnast filed a criminal complaint against Nassar with the university's police.

"Nassar was the subject of a misconduct complaint in 2014, brought by a woman who was a recent MSU graduate and alleging 'abuse during a medical procedure,'" the Journal reported last year. "The university investigated the complaint but did not find a violation of MSU policy."

Nassar is being sued in federal civil court by more than 140 women and girls who allege abuse. USA Gymnastics, the U.S. Olympic Committee, Michigan State and Twistars are also named as defendants in the lawsuits. The cases had been in mediation, which reportedly failed earlier this week, meaning those cases will now go to court.

Since October, three of the five members of the U.S. team that won gold at the 2012 Olympics have come forward to say they were abused by Nassar. McKayla Maroney was one.

"I had a dream to go to the Olympics," Maroney wrote on Twitter, "and the things that I had to endure to get there, were unnecessary, and disgusting."